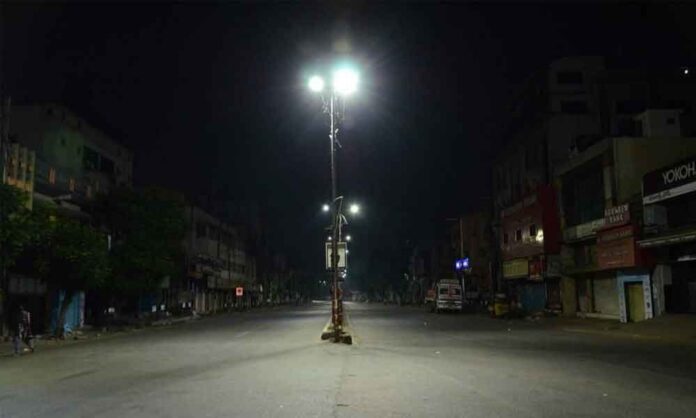 After the Disha rape case, in which a veterinarian was gang-raped and murdered by four men in 2019, a total of 1,260 dark spots were identified in City. Though the Greater Hyderabad Municipal Corporation (GHMC) in the previous year proposed to install 9,500 streetlights and 3,500 electric poles, it has been found that still most places remain poorly lit.

According to data of the GHMC electricity department’s February 2020 report, there are over 4.5 lakh functional LED streetlights in City.

An official of the department said on condition of anonymity that after the Disha rape case, the department initiated a project to install as many streetlights as possible.

Around 10,000 streetlights were planned to be fixed, but due to the Covid pandemic, followed by lockdown, works came to a halt. Moreover, another 20,000 streetlights are yet to be installed at various dark spots in GHMC limits.

The official told #KhabarLive that, as of now, the department had not yet received any proposal to fix streetlights in city this year. According to records, most dark spots are located under the GHMC jurisdiction.

They include Rajendranagar, Chandrayangutta, Kishanbagh, Khajaguda circle to ORR, MIG Colony BHEL and Kavuri Hills. Other peripheral areas include parts of LB Nagar, Alwal, Uppal, and Malkajgiri. Some of these dark places were identified in January 2020.

Some citizens have highlighted the areas which are poorly lit in City. An IT professional and resident of Nanakramguda financial district, Vidya Sree said: “An open government land located in TNGOs’ Colony, which falls under Gachibowli police station limits, is poorly lit. This area is deserted after 10 pm, though police patrolling car make rounds during nights, a large number of streetlights have to be installed for safety of locals and women.”

Though the civic body has identified a few dark spots in Kukatpally circle, the resident welfare associations say: “Only identifying and making false promises is not enough.

Dark spots were identified last year. After the Disha rape case, in some areas, streetlights were installed, but till now most areas continue to be poorly lit. As everything is back to normal, most girls hostels have reopened.

In Kukatpally, there are several girls hostels. As girls usually come out for dinner or return from work, streetlights have to be installed immediately for safety of women.” #KhabarLive #hydnews