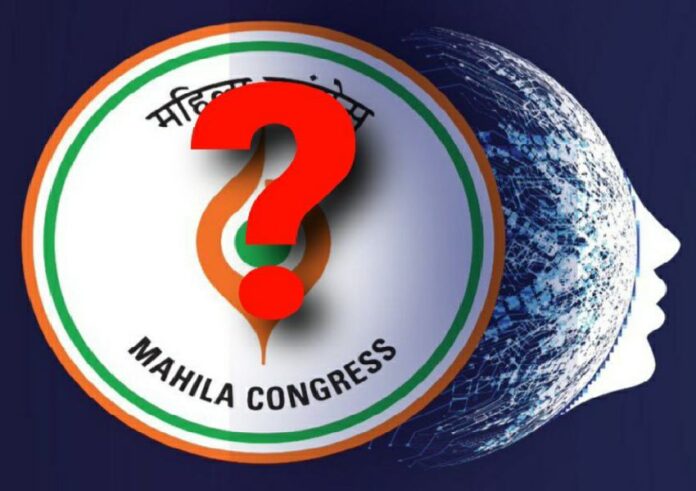 During the heyday of the Congress, when Indira Gandhi was heading the Union government as Prime Minister, the joke in official circles (in which many found profound truth) was: “She is the only ‘man’ in the cabinet”.  Such was her grip over the party!

Ironically, when another ‘Indira’, spokesperson of the party’s Telangana state unit, quit the Congress recently, it appeared as if the grand old party’s unit in Telangana is no longer a place for women.

What if chief Sonia Gandhi’s writ still runs across the party and what if there is bombastic talk about 33% quota for women, no matter there is no Act for it yet.

Old-timers who have been observing the party point out that Congress was the party that produced the first woman Prime Minister — Indira Gandhi and it gave opportunities to women in many spheres. Indira Gandhi not only influenced Indian politics to a great extent, but also won the world with her charisma and leadership skills. They say many women in fact entered politics only by drawing inspiration from Indira Gandhi.

Post bifurcation, in the party’s Telangana unit, women leaders have been quitting, one after the other. Whatever be the reasons, the situation now is such that one has to ask a rhetorical question: “Where have the women leaders in Telangana Congress gone?”

Another former minister DK Aruna has become BJP national vice-president. Vijayashanthi joined BJP alleging that Congress was not fighting against the ruling TRS. Former mayor Banda Karthika, who quit the Congress before GHMC elections, has hopes on the saffron party. Indira Shobhan, after quitting the party, met YS Sharmila, who is going to announce her political party on April 9.

From DK Aruna to Indira Shoban, all the quitters have alleged that the state leadership “is not capable to face the TRS in a befitting manner”.
Indira Shobhan told The Pioneer: “The Telangana Congress leadership speaks on 33 percent reservation for women, but there are no such conditions in terms of implementation.”