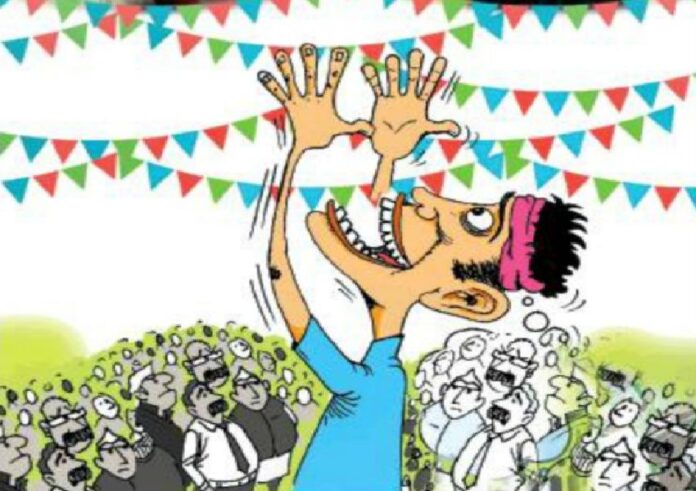 Is it possible for any political party to survive, let alone thrive, when it fails to strengthen leadership at the lower levels? 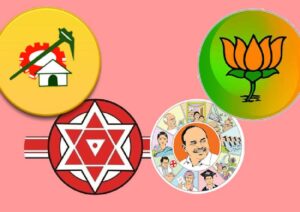 It’s a fact that most political outfits in the country today are dependent only on the personal credo of the top level leadership, though the lower-rung leadership is the backbone of any political party.

More often than not, personality-based parties fail to nurture the lower-rung leaders just to avoid dousing dissidence within the organisation and inadvertently weaken party structure.

Ideally, any party, particularly when it is in power, should focus on building its base, rather than give preference to the second-rung leadership at the cost of the lower rung.

For example, MLAs take all decisions concerning the party at the Assembly constituency level. This often results in the Legislators getting first preference. The Legislator is often insecure, afraid a lower-rung leader may usurp his position if allowed to flourish.

Unfortunately, this results in lack of a strong organisational setup, and this absence is most acutely felt in personality-based parties that implode in the absence of the supremo. Such political outfits survive as long as their supreme leader / founder does, and disappear with ‘exit’ of the leadership.

However, if the organisation nurtures leadership at the lower level and satisfies the prescribed rules, it will last longer.

The second rung leadership is secure in the knowledge that he / she has no competition from the lower rung, and soon enough complacency sets in.

The outcome of the recently concluded municipal polls and selection of chairmen and mayors for local bodies is a perfect example of this kind of ‘discouragement’ that has killed the enthusiasm in lower level leadership.

The YSRCP lost a golden chance by choosing not to allow strong leaders to assume top positions of various local bodies.

Just because the party wanted to avoid any dissidence from the MLAs, people without mass appeal have now been given a chance to head their respective local bodies.

Perhaps the party believed that if an established leader at the lower-level were to have been given the opportunity to head a local body, he or she may later stake claim an Assembly ticket. Such a scenario would induce headaches for the top leadership in the days to come.

But what about the lower-rung leader? He had staked claim to the Assembly ticket in 2019, but the party leadership could not oblige due to the larger strategy at play in the selection process then.

To assuage him, the party leadership assured him the Mayor’s post.

Having won the GVMC election, the party, instead of honouring its promise, selected another person for the Mayor’s post, brushing aside the objections of the lower-rung leader.

Interestingly, there is no YSRCP Legislator in Visakhapatnam city who would have felt threatened by this lower-rung leader, but the party still opted to overlook him.

This decision was in stark contrast to the path adopted by YS Rajasekhara Reddy in 1999.

The Congress had bagged 91 of the 294 Assembly seats in undivided AP, under YSR’s leadership. In the run-up to the election, YSR faced a stand-off between two leaders for the Narayankhed Assembly ticket.

Patolla Kista Reddy and Suresh Shetkar were both strong contenders for the ticket and YSR met both. He proposed an arrangement, as per which Kista Reddy successfully contested from the seat and voluntarily offered the seat to Suresh Shetkar in the 2004 polls. What is quite interesting is that Kista Reddy was made PAC chairman during 1999-2004. YSR was quite clear that he wouldn’t disturb Kista Reddy if he was interested to contest again due to his seniority.

ALSO READ:  Beware, If You Are Not Using ISI Marked Helmet? Now, Onwards Your Insurance Claim Could Be Rejected

But Kista Reddy stuck to his end of the deal, and YSR, at every given opportunity, always narrated the incident as an example of political morality.

TDP supremo N Chandrababu Naidu too was faced with such a situation.

Kavali assembly constituency was considered the bastion of the Congress for two decades with Kaliki Yanadi Reddy holding fort.

To wrest the constituency, Naidu ended groupism by naming one Vanteru Venugopal Reddy as the TDP in-charge of the constituency and made other contenders fall in line. He warned them that they would lose the seat if they failed to work unitedly.

By not learning from these two incidents, Jagan may well have done more harm to the future of the YSRCP than good. He has to realise that building a strong cadre would boost the existential capacity of his party. #KhabarLive #hydnews