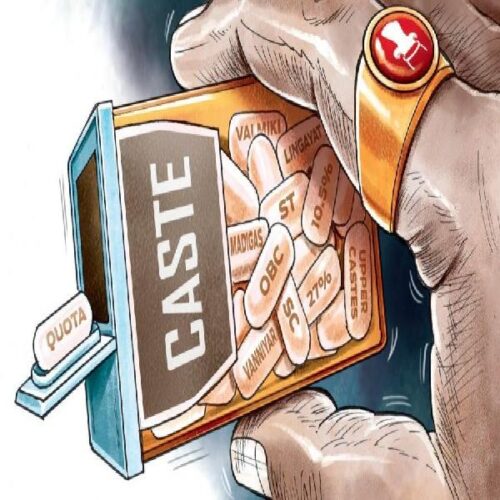 This is the sad state of the Telugu people. Most of these political leaders perpetrated divisions based on caste, religion and in the process enriched themselves and their supporters in their caste groups. In politics, caste equations count, whether parties are national or regional, secular or communal.

In Telangana, political parties, regardless of their ideological background, are running after the Reddys now, apparently to enlist their support in the next Assembly elections.

The Bharatiya Janata Party, which normally latches on to religion, has reconciled to caste politics in the state, where the Reddy community has been predominant in the power structure for quite long.

The population of Reddys in Telangana is only 9%; yet, in some places they are dominant, influential and form substantial vote banks. Traditionally Reddys have been Congress supporters. However, after the Telugu Desam Party was launched, Reddys became strong supporters of TDP, which had been reckoned as ‘Kamma party’.

After bifurcation, in the vastly changed political circumstances in Telangana, the Reddys have become supporters of TRS. The Congress high command replaced the TPCC president with another Reddy. TPCC president N Uttam Kumar Reddy was replaced with A Revanth Reddy.

In Telangana BJP, presently no Reddy is in a prominent position. Keeping this in view, in the recent Union cabinet reshuffle Kishan Reddy was elevated as a cabinet minister to cement support of the Reddys. The BJP is a right-wing party and its policy has historically reflected Hindu nationalist positions. Reddy is the single largest caste in Greater Hyderabad. In the Greater Hyderabad limits, irrespective of parties, usually many Reddys get elected as MLAs.

ALSO READ:  Do You Know How Much Fuel Do 'Cruise' Ships Use?

As the Reddys have turned strong supporters of TRS, to consolidate the Reddy vote bank, Chief Minister K Chandrasekhar Rao has been taking steps to promote the welfare of the Reddy community.

In Andhra Pradesh, the Reddy vote bank has shifted from the Congress to the YSR Congress led by YS Jagan Mohan Reddy. The YSR Telangana Party also is thinking that the Reddys may shift towards their party from TRS and Congress.

The reins of power in the State were almost always held between the Reddy and Kamma communities where politically active people in these caste groups have enriched themselves for the most part. Only recently the third farming group Kapu has been striving to get a piece of the pie enjoyed by the other two groups, with little success. While there are some bright spots, the two powerful political caste-based groups, Reddy and Kamma determined the destiny of the combined state leading it to a disaster.

The result is today the combined Andhra is a divided state because Telangana region felt they are not getting the fair share of state development funds and parted ways, leaving Andhra cash strapped with a sense they got a raw deal in the division of the state.
#KhabarLive #hydnews