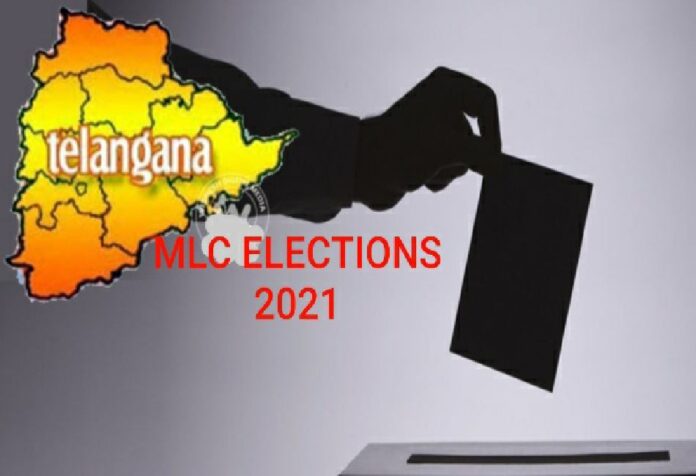 The ruling TRS party in Telangana is facing hurdles and troubles due to unhappy people and ire government employees and some unions in forthcoming MLC elections.

The Telangana Rashtra Samiti, already bruised by the outcomes of the recent Dubbak bypoll and the GHMC elections, will now have to also face the ire of sections of government employees as well as the legal fraternity over recent double murder in Peddpalli and this could negatively impact its prospects in the elections for the two Legislative Council seats under the Graduates constituency quota to be held on March 14.

Observers say the lawyers’ protests would impact TRS’ prospects, considering the reach of the legal fraternity. Already unemployed youth and teachers (who are unlikely to be treated on par with government staff in respect of PRC recommendations) are disenchanted with the state government.

Election for the two Legislative Council seats under the Graduates constituency quota will be held on March 14. The two seats – Hyderabad, Ranga Reddy and Mahabubnagar as well as Warangal, Khammam and Nalgonda are falling vacant following the expiry of the term of sitting members on March 28. Hyderabad, Ranga Reddy and Mahabubnagar constituency is represented by BJP’s N. Ramachander Rao, while Warangal, Khammam and Nalgonda constituency is represented by Palla Rajeshwar Reddy.

The TRS has fielded its candidate Palla Rajeshwar Reddy from the Warangal-Nalgonda-Khammam Graduates constituency. However, the party has not yet announced its candidate for the Hyderabad-Rangareddy-Mahabubnagar. As many as 5.6 lakh graduates have enrolled to vote in the upcoming elections, which is more than double compared to the previous election in the two constituencies.

According to sources, the party may not field its candidate for the Hyderabad-Rangareddy-Mahabubnagar constituency. The party is wary of its image and does not want it to be dented further by losing another election.

The resentment among unemployed youth is growing by the day as the state government has failed to release the Group-I notification. There are no DSC notifications and there is no scope now for conduct of Teachers Eligibility Test (TET). Similarly, there are no JL and DL notifications.

Naturally, jobless youth waiting for these notifications are worried. Many of them are anxious that they would soon be crossing their age limit and hence are losing interest. Many of these unemployed youth have spent thousands of rupees towards coaching for Groups, TET and DSC examinations.

There are no notifications, though Chief Minister K Chandrasekhar Rao recently announced that notifications would be issued to fill 50,000 jobs.

Telangana Vidyarthi Nirudyoga JAC chairman Manavath Rai said that the TRS government would release the notifications only if TRS candidates are defeated in the MLC elections.

The teaching community is very angry at the state government. Leaders of their unions say that the Chief Minister wanted to discuss the PRC recommendations only with pro-government employees’ unions so as to receive accolades from them.

Apart from teachers, pensioners unions are sore at the Chief Minister for not inviting them for discussions on the PRC report prepared by the Biswal Committee. There are about 1,15,000 teachers in the state, including about 50,000 teacher votes in the two constituencies.

One of the Teachers’ Union leaders, who preferred to be anonymous, said:“The TRS government is insulting the teachers’ community. No promotions, no PRC and it didn’t give duties to the teachers in the GHMC elections. The TRS government will listen only if its candidates are defeated. We have decided not to cast votes in favour of TRS MLC candidates in the Graduate MLC elections”.Several sections of government employees are also upset at the TRS government for recommending just 7.5 percent fitments. The employees point out that the Biswal Committee report had mentioned that the employees have to pay for EHS, which involves cashless treatment and extending Rs.1 lakh financial assistance to the employees who contract Covid.

The Biswal Committee report has also kept implementation of spouse transfers on the backburner. One of the Secretariat employees said, on condition of anonymity, that their leaders, who had been attending meetings with the government, are not voicing employees’ version in regard to PRC and other problems. “We are not happy with the way the leaders are acting”, he said.

Capping it all, the lawyers protesting against the double murder in Peddapally  are buying the theory that TRS leaders had a ‘hand’ in the elimination of the activist-advocates. For them, suspension of the Manthani mandal TRS president Kunta Srinivas is not enough, though he has been arrested by the police as A-1.

Across the state, there are about 25,000 lawyers and unregistered ones may number about 35,000. The murders in Peddapalli have disturbed the legal fraternity and may change the mind of voters among them.

Practicing lawyer from Rangareddy district courts Ch Venkateshwar Reddy said that the murders of the lawyer reflect the attitude of the government. “No doubt our community may decline to vote in favor or TRS MLC candidate in the elections”, he said. #KhabarLive #hydnews