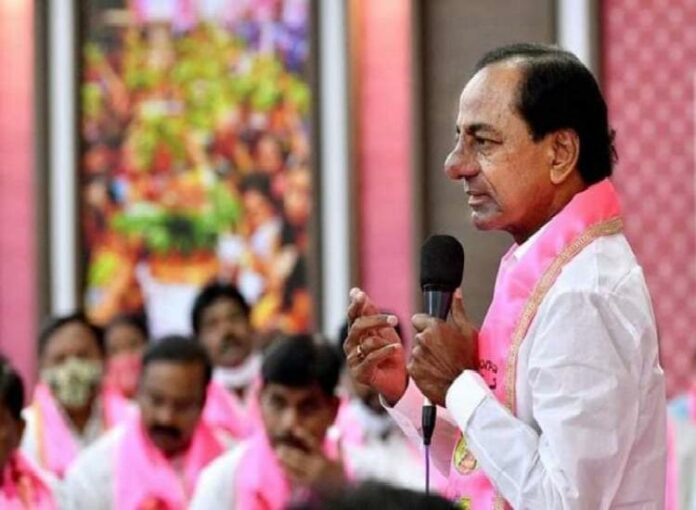 Amidst a political slugfest between TRS and senior leader and former minister Eatala Rajender, who quit the ruling party recently, TRS supremo and Chief Minister K Chandrasekhar Rao has put all leaders in districts under scanner of his radar vigilance.

KCR is learnt to have sought reports of the political developments taking place in all the TRS-won Assembly constituencies as well as the daily political activity of the TRS legislators in their segments and the BJP and Congress pressure politics on people’s issues in the same segments. Party leaders said that KCR was receiving regular inputs on political developments in every assembly segment particularly from all North Telangana districts ever since Rajender quit the TRS. Besides getting police intelligence inputs every evening from each segment, the TRS chief is keeping himself updated with the political trends received from his close aides at ground level.

Sources said that speculations were making rounds that BJP is trying to unite ‘disgruntled’ ruling party MLAs and build a rebel group to create political uncertainty. TRS feels that like in West Bengal, the BJP was preparing political strategy to poach TRS legislators in its attempt to emerge as strong political force by 2013 Assembly elections. The BJP, it is said, was trying to poach some sitting TRS MLAs from old Karimnagar, Warangal, Medak, Adilabad, and Nalgonda districts.

Some of the MLAs, it is said, had met state BJP leaders. Following this, the TRS is now closely monitoring the political activity of all the legislators. BJP feels that poaching would help them get strengthened in these districts where it does not have strength on its own. TRS chief was also seeking regular feedback on the opposition parties activities from the Congress stronghold old Nalgonda, Ranga Reddy and part of Khammam districts.

Meanwhile, the episode of former Telangana health minister Eatala Rajender, who was virtually fogged out of Telangana Rashtra Samithi for raising his voice of dissidence, has led to an interesting speculation in the political circles.

According to these speculations, TRS president and chief minister K Chandrasekhar Rao has engaged some hardcore loyalists as moles to keep a watch on suspected dissident elements within the party.

Their job is to move freely with such leaders and pass on information to the boss about the comments made by them in their private conversations.

Of course, the state intelligence too, closely monitors the activities of these suspects and reports to the CM as to who meets whom and who is going where.

It was because of such moles that Rajender episode surfaced.

According to a media report, at a meeting held in Bengaluru last year, Rajender openly expressed his unhappiness over the style of functioning of KCR.

The mole, who closely moved with Rajender in the meeting promptly leaked the comments to the boss and that eventually sealed Rajender’s fate.

The report that appeared in local English daily about some unsavoury comments against KCR made at a party hosted by another minister G Jagadish Reddy also led to the suspicion over the role of a mole who attended the party.

According to this report, Jagadish Reddy held the birthday party of his son at Hampi in Karnataka, which was attended by several participants, including four TRS MLAs.

Some of them made strong comments against KCR, his leadership style and the growing trend of “family domination” in the ruling party.

An MLA even sang a song on the situation existing in the TRS and gauging what would happen if KTR becomes Chief Minister.

Interestingly, Jagadish Reddy did not object to the MLA’s comments but remained silent, enjoying the talk.

A video of the party and the comments promptly reached the Chief Minister’s Office. Obviously, KCR’s mole was very much present at the party. Now, the interesting point of discussion is who this mole was?

Telangana Pradesh Congress Committee working president A Revanth Reddy gave a hint to this in his tweet.

Apparently, the MLA who sang the song against KCR was Rasamayi Balakishan, who was known for his Dhoom Dham programmes and KCR’s mole was none other than journalist-turned-MLA Chanti Kranthi Kiran! #KhabarLive #hydnews