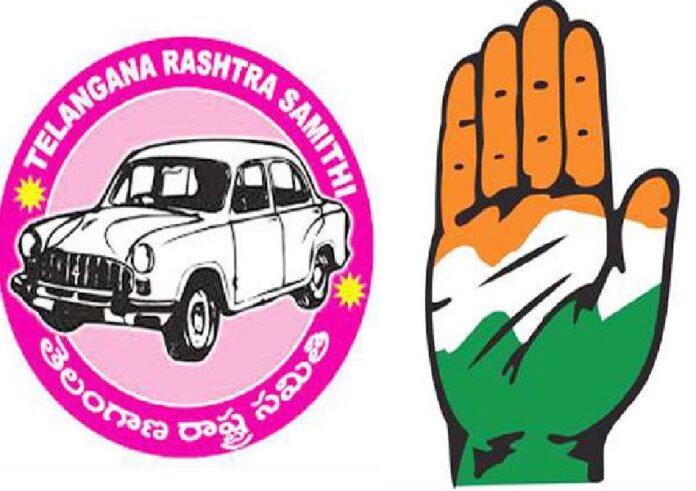 The ruling Telangana Rashtra Samiti party, which got a shot in the arm with its victories in the recent MLC elections to two Graduates’ seats, has noticeably shifted its focus to attacking the Congress party, which the pink party now perceives as its main rival in the upcoming Nagarjuna Sagar by-election.

Having wrested BJP’s seat — MLC Graduates’ constituency–Hyderabad-Rangareddy-Mahabubnagar, the ruling party is quite complacent about the saffron party, which hardly as a base in the NS constituency.

Observers cite the recent statements of Ministers Errabelli Dayakar Rao and G Jagdeesh Reddy as proof of this shift in the pink party’s focus. Both the Ministers virtually belittled BJP by not criticizing it as roundly as they did in the case of the Congress.

Hence, the TRS would easily win the Nagarjuna Sagar by-poll. He exuded confidence that the TRS would win even the Warangal Municipal Corporation elections. He claimed that some of the BJP leaders were looking towards the TRS party.

Speaking in a similar vein, Power Minister G Jagdeesh Reddy said that the TRS candidate would win with a good majority in the Nagarjuna Sagar by-poll. After TRS candidate Nomula Bhagath filed nomination, Jagdeesh Reddy targeted the Congress party, saying that people knew very well what development had taken place in the past 7 years vis a vis that registered over the last 70 years.

People of Nagarjuna Sagar had rejected Congress senior leader K Jana Reddy in the 2018 elections. For, people believed that Chief Minister K Chandrasekhar Rao was ‘Srirama raksha’ for them. Jana Reddy had accepted his defeat before the elections. Since Jana Reddy had nothing to cite, he had been asking other parties not to campaign in these elections, he said. #KhabarLive #hydnews