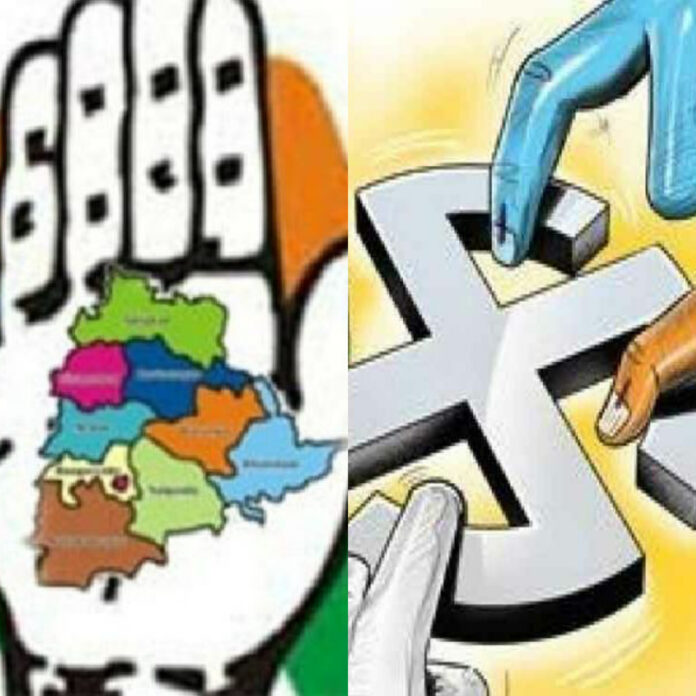 Political parties are warming up for the by-poll to Nagarjunasagar Assembly constituency which fell vacant following the death of TRS MLA Nomula Narsimhaiah on December 1. The ruling party seems to have changed its electoral strategy. It has decided to follow the adage, “enemy’s enemy is friend.” Analysts feel that there are only two options left before the party.

One, win the seat or allow the Congress to win. In the 2018 Assembly elections, there were about 2.08 lakh voters in the constituency. It recorded a voter turnout of 85.98 per cent, with Narsimhaiah emerging victorious by a margin of 7,771 votes. While Narasimhaiah polled 83,655 votes, his rival Jana Reddy was in the second position with 75,884 votes.

The BJP candidate K Niveditha Reddy was relegated to fourth place with only 2,675 votes. BJP leaders agree that the road ahead would be challenging for the party. Despite the impressive performance in the recent Dubbaka and GHMC elections, in rural Telangana, the situation is far off from its favourable urban centres.

The BJP feels that even if it does not win the Nagarjunasagar seat, it can considerably improve its vote share as farmers and other rural sections are dejected by the TRS. The BJP’s other strategies seem to include encouraging defections of leaders from other parties, especially in those rural areas where it has very limited presence.

TRS president K Chandrasekhar Rao has directed the rank and file not to give too much importance to the BJP. He has also told them not to criticise the BJP but to focus on taking the developmental activities of the government to the people. The pink brigade has already started informal campaign.

ALSO READ:  The Congress’s Main Issue Is Not Dynasty: It Is The Absence Of Distinct And Decisive Political Agenda

A new mandal of Tirumalagiri was also created, and a civil judge court was sanctioned for Nidamanur. A mini stadium is being constructed at Halia, and Rs 4 crore has been sanctioned for modernisation of Jalu canal constructed during the Kakatiya period. It also feels that the mark which Narsimhaiah left during his short stint by addressing several issues will result in the voters supporting the TRS.

During the short stint of Narsimhaiah, TRS claims that there has been a perceptible change in the constituency. The only major issue the TRS has before it is to finalise the candidate. While there is no clarity on the probable candidates from the ruling TRS, the Yadav community had recently requested Chief Minister K Chandrashekhar Rao to field a family member of Narsimhaiah for the seat. Energy Minister G Jagadish Reddy, Rajya Sabha member Badugula Lingaiah Yadav and other TRS leaders have initiated moves to gear up the party cadre for the by-election.

The Congress on the other hand finalised the name of old warhorse and seven-time MLA K Jana Reddy. The Congress party feels that it is now or never kind of situation for them. If it loses this election also, then it means that the party has no future in the next general elections. Hence the party State unit has started focussing attention on this by election.

Jana has launched his campaign much ahead of all other parties and has been going from door to door. Since they have a huge vote bank and with the possibility of TRS fielding a weak candidate, the Congress feels that it has a bright chance to win the polls. #KhabarLive #hydnews