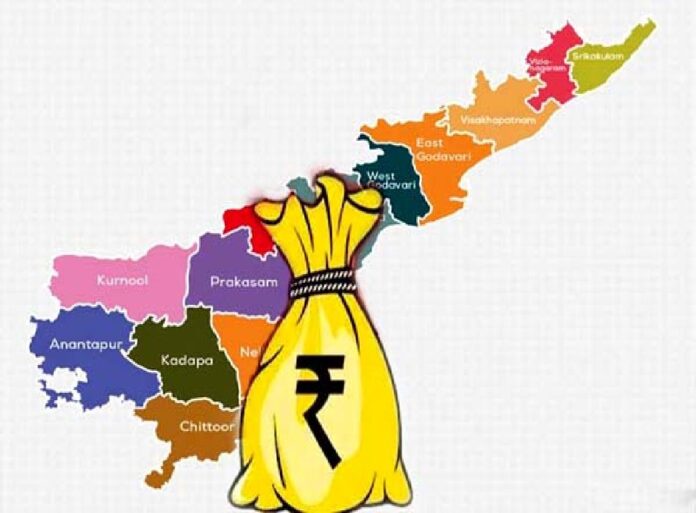 Always, financial health of any state depends on the governance of its available resources. If we take the case of Andhra Pradesh today, the moot questions are: What would happen if the state dumps its financial resources in unproductive areas in the name of welfare? How can the state disown its noble responsibility of creating community assets? Is throwing crumbs at individuals preferable to creation of community assets? How can the future of such a state be sound if the ‘dumping’ continues unabated in the blind pursuit of making people smile by offering them freebies?  There should be some soul-searching among the powers that be in AP to answer these embarrassing questions.

Nobody would oppose welfare programmes taken up by an elected government if they are part and parcel of prudent policies that are linked to efficient management of available resources. Thousands of people would benefit from say building a community hall, laying a road, or setting up a bore well. But in AP crores of people are getting individual benefits by way of directly transfers of money from the government in the name of welfare schemes.  These include community pensions and Amma Vodi. People were previously happy to receive pensions of Rs. 500/- or Rs. 1,000/- and they used to spend that amount frugally for meeting their daily needs. In those days only Rs.200/- was paid in the form of community pension and that too, once in three months, with people waiting patiently for that occasion. But suddenly there have been three-fold increase in various types of pension amounts, following the politically motivated race between N. Chandrababu Naidu and YS Jaganmohan Reddy, leaders of the main warring political forces in the state.

Some observers say people do not need freebies. Referring to the distribution of subsidised rice through fair price shops, they ask: “Are people really in need of that rice?” Given the improvement in living standards, with almost five-fold increase in daily wages, they say daily wagers are now in a position to get at least Rs.500/ and yet they spend 35% of it on liquor consumption. Total prohibition, if achieved as promised in the election manifesto of ruling YSRCP, will certainly help lakhs of families. Still, political compulsions are prompting the powers that be to take imprudent decisions. The seeds of the unscrupulous practice of luring BPL people were sown during the regime of Chandrababu Naidu in the erstwhile state of undivided AP. Free distribution of LPG connections to members of self-help groups was one among those ‘koti varaalu'(one crore  blessings). Despite his poll gimmicks, he lost in the electoral battle. Of course, no government can afford to dispense with freebies completely. But in AP, there seems to be no limit on giving away freebies to various sections of people.

Recently the AP government announced that money totaling Rs.95,000 crore had been deposited into the bank accounts of beneficiaries across the state and patted itself for its ‘wise and tremendous’ act to benefit people. Every rupee of this huge amount will be spent on unproductive purposes.

After all this, they say they are ‘struggling to fund’ the Polavaram multi-purpose project, which is considered the lifeline of AP.

Choices make all the difference. Should it be individual benefit now or long-term community benefit? Should it be DBT or asset creation?  A responsible government will make the right choices.

This also explains why the Polavaram project, for which the foundation stone was laid by former chief minister T. Anjaiah back in 1981, has not seen the light of the day yet.

Giving freebies to people drags government through a trapdoor. Once the government passes the door, it can’t come out. Take the case of free power supply to farmers conceived by Dr. YS Rajasekhara Reddy, former chief minister of undivided AP.  He could not touch it even after realizing that it was a millstone around the government’s neck. He thought the scheme was required only for about two agricultural seasons to enable farmers to come out of their debts. But then he realized the hard way that habits die hard.

No government would invite the wrath of people by stopping such popular schemes. That’s why governments elect to continue those schemes, irrespective of the fiscal strain. They are willing to borrow to finance such schemes. Thousands of crores of rupees are borrowed to meet even daily needs of the government.  And then they look at ways of selling government lands in prime localities of various cities and towns. Do we need development that forces the government to dispense with our permanent assets at throwaway prices? #KhabarLive #hydnews