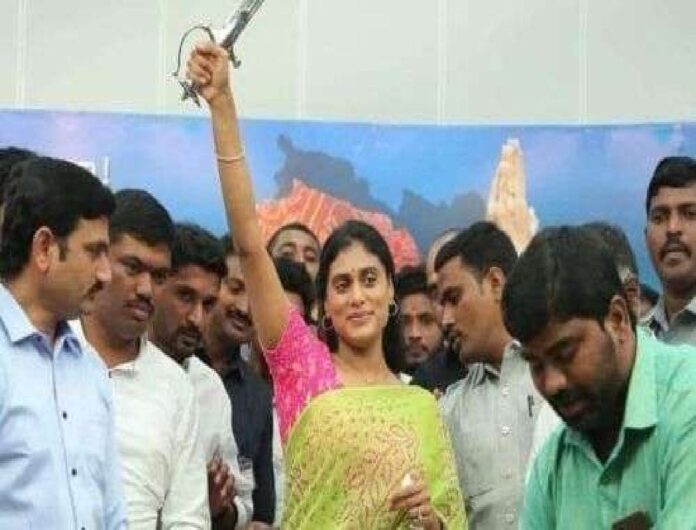 Despite the stupendous success of YS Sharmila’s Khammam meeting, political circles are abuzz with the discussion as to whether there is space for new parties in the State.

There are over 60 registered parties which include over a dozen recognised national and regional parties. The word ‘Telangana’ is used by all these recognised parties in their names. There is talk that Sharmila’s party is likely to be christened ‘Telangana YSR Congress Party’ or ‘YSR Telangana Party’.

A top TRS leader feels a “Telangana tag” is not sufficient. “The political party should reflect Telangana’s soul. Sharmila does not know the Telangana yaasa (dialect) or bhaasha (language). Running a political party is no child’s play. She is not popular like T Devender Goud, Chiranjeevi or Pawan Kalyan, whose parties too have failed at the hustings,” he opines.

This is the second time a woman is floating a party in Telangana after actress Vijayashanti founded Talli Telangana party in 2005, which was merged with TRS later. Vijayashanti could not win in the elections on her Talli Telangana Party ticket. She was elected from Medak Lok Sabha only after she joined in TRS.  Likewise, Devender Goud’s regional party too did not quite click.

Asked about Sharmila’s party, analyst Prof K Nageshwar says political space is not always “given”. “Sometimes it is taken too.” He cites Dubbaka as an example, where BJP muscled out the TRS and occupied the space of the Congress. “It is too early to come to a conclusion on Sharmila’s proposed party,” Nageshwar feels.

The professor, however, points out that Sharmila’s speech in the Khammam public meeting on Friday was mostly anti-KCR. “There was an eerie silence on the Narendra Modi government, especially petrol price hike, farmers’ agitation, and privatisation. Sharmila is talking about Telangana and riding on the popularity of YS Rajasekhara Reddy, who is popular in Telangana for his welfare schemes.

But, YSR was also known for his anti-Telangana stance,” Nageshwar points out. It remains to be seen whether Sharmila’s party cuts into the vote-bank of Congress and BJP, and whether she can draw the minorities away from the TRS and Reddys from the Congress. #KhabarLive #hydnews