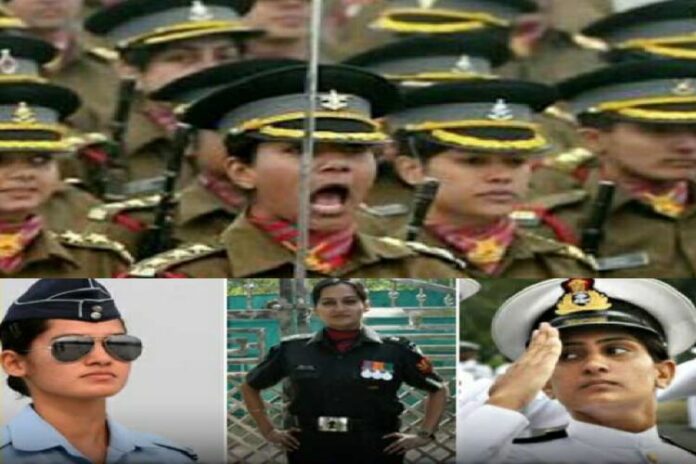 For the new women officers, physical training, posting and service courses will be changed and will be similar to those taken by male officers. After the Supreme Court order, the number of women officers in the Indian Army is expected to rise.

The Supreme Court’s judgment making women officers from the short service commission (SSC) eligible for permanent commission (PC) and holding of command in non-combat heralds a new era in gender equality in the male-dominated Indian Army.

After the Supreme Court order, the number of women officers in the Indian Army is expected to rise.

In 2008, women officers were given permanent commission in only two non-combat streams — the Judge Advocate General (JAG) and the Army Education Corps. In March last year, the defence ministry said that PC will be allowed in eight non-combat branches (signals, engineers, army aviation, army air defence, electronics and mechanical engineers, army service corps, army ordnance corps and intelligence) where women are inducted for SSC, taking the number  of branches where women could get PC to 10.

But the defence ministry order restricted women to just staff positions and they were not allowed command position.

Now, the Supreme Court has struck down this provision, making them eligible for command positions. Moreover, the Court said that even women officers currently serving in these 10 branches will be eligible for PC and it must not be restricted to those who were recruited after the defence ministry’s order was issued.

In a hard-hitting order, the Supreme Court said the “time has come for a realisation that women officers in the Army are not adjuncts to a male dominated establishment whose presence must be tolerated within narrow confines”.

However, the road ahead is still full of challenges.

The men who join the Army as SSC officers can opt for PC after 10 years of service if they want to continue in the Army.

Then there are women officers (600, by some estimates) who have completed 10 years of a total of 14 years of SSC. Indian Army chief Gen. M.M. Naravane has said that the Army will be sending letters to all eligible officers asking if they want PC.

But some officers said that there are difficulties for women officers to clear boards if judged on the same yardsticks as men because they were never “groomed” for PC.

They explain that the board gives points to a candidate on various parameters, such as if they have done high-altitude postings. As per the number of vacancies for PC, only those who secure top marks get qualified.

“So the thing is that within the current parameters how will these women will pass the boards to get PC? The only option will be to dilute these parameters and judge men and women officers differently,” said the official.

ALSO READ:  Why Indian Women In Their Early 30s Fret About Ageing?

“It is the women officers with service between 10 years and 14 years who will bear the brunt of the changed circumstances,” said another officer. He said that since they were not eligible for PC they never cared about their annual confidential reports that carry the most marks in boards. “There is a possibility that these officers may go to the Supreme Court,” said the official.

Gen. Naravane has said that the Army has prepared a roadmap for granting PC to its women officers.

For the new women officers, physical training, posting and service courses will be changed and will be similar to those taken by male officers.

Women officers will be eligible for various courses just like their male counterparts in junior command that will allow them to progress in the service. They will be eligible for competitive exams for Staff College — which is for Major rank officers.  “The women officers will now have to go to difficult postings if they want to opt for PC,” said a senior officer. He said that some postings that are considered as peace postings for male officers have currently been nominated as field postings for women officers. This will also change in the future.

Meanwhile, there are some apprehensions among male officers that the Supreme Court order may impact their peace postings. After being in difficult postings like Kashmir, forward areas and Siachen, male officers are usually put in peace postings where they can be with their families. “It should not be that women will keep getting peace postings by giving various excuses like they have small children and only male officers suffer, landing up in tough postings,” said an officer.
However, defence sources point out that women have proved their mettle and under tough conditions. There are many women who are posted in Kashmir, including female doctors risking their lives, said another senior official.

Last year, Indian Air Force Squadron Leader Minty Agarwal was awarded the Yudh Seva medal for distinguished service in wartime. She was one of the fighter controllers when Pakistan Air Force fighter aircraft entered Indian air space on February 27 post the Balakot air strikes. She had kept her cool in a trying situation and played a crucial role in repulsing the attack.

The Supreme Court, in its order, said “the engagement of women officers in the Army has been an evolutionary process”. Women officers were initially inducted in 1992 for just five years, which was extended for another five years. On incorporation of the provision for SSCs for women officers, they were allowed to become SSC officers and their tenure extended to 14 years. The SC order on PC and command is another milestone. Since last year, the Army has, for the first time, started recruiting women in military police.

The all-boys Sainik Schools in the country will start offering admission to girl students from the 2021-22 academic session. This will help in the creation of future women officers. The next crucial move will entail the storming of another male bastion — allowing girls to take admission in the prestigious National Defence Academy. #KhabarLive #hydnews