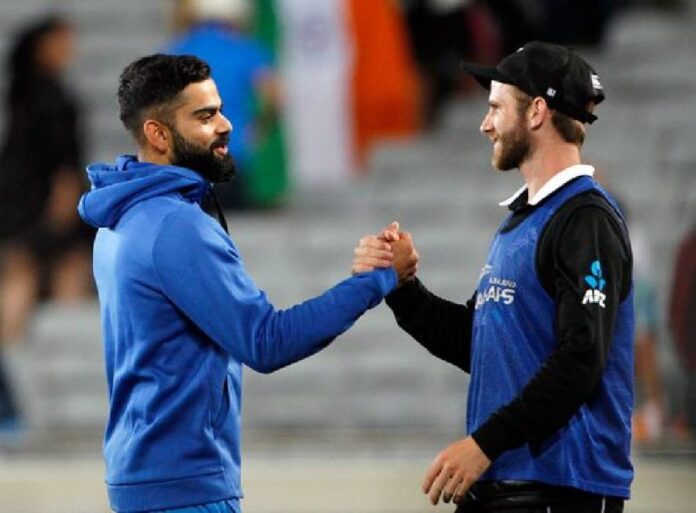 The honour that every cricketer wants to yearn is World Cricket Test Championship – after a ten year inception and wait, the this will, finally for the first time, have the opportunity to anoint a winner between New Zealand and India as the first-ever champions in the five day format.

For something that has been in the making for over a decade and withstood the barrage of a possible Twenty20 takeover of the cricket world, the World Test Championship might seem like an ostentatious affair over five days compared to the racing weekends of Formula 1 and the ninety-minute football matches in the Euro and Copa America tournaments.

Yet for cricket, this is the pinnacle of the sport that every cricketer yearns for – credentials worthy of being a Test cricketer and having the opportunity to compete as part of a team for ultimate glory. The World Test Championship is a massive step in that direction, providing context and intensity to the still much revered format.

It will also be an interesting clash given that at least one of the finalists was an unexpected gatecrasher to the party. New Zealand will rightly feel that they have earned their place, keeping themselves on the heels of India and Australia to make the cut when the opportunity presented itself.

It will be an intense battle of wits between the more aggressive Virat Kohli, who will lead team India, and the more sublime but equally attacking Kane Williamson, expected to lead New Zealand despite an elbow niggle.

The two men are also leading batsmen in the world and they will be leading a generous combination of seasoned players such as Ajinkya Rahane and Ross Taylor, besides two decent pace bowling quartets that might have to be shuffled to squeeze in a spinner or two depending on the pitch assessment on match day.

It will be a more interesting conundrum for India rather than New Zealand, who will believe that English conditions, not unlike theirs back home, will suit their pacers.

Should India want to play to their traditional strengths, a second spinner in the form of Ravindra Jadeja could come into play. It will be a gamble. But champions are made on bold decisions and gutsy performances and it is expected both teams will bring both to the table amply.

Right away it becomes obvious that this is less than ideal preparation for India. Although India have consistently maintained their top billing and competitive edge, it is going to be tough going into the one-off Test championship at the Ageas Bowl knowing that several Indian players were involved in the Indian Premier League before it was forced to shut down in the midst of the pandemic.

While the dust on that has barely settled, India is now heading into the longest version of the sport with nothing but practice sessions in the nets to warm up their ambitions.

To be fair to New Zealand, the plan to play a two-Test series in England was not long on the cards, and certainly not planned after New Zealand unexpectedly made the final in March after Australia refused to tour South Africa citing pandemic reasons.

For New Zealand it is a double windfall: not only do they get a chance to play their first Test series on English soil since 2015, the two-Test series will be the perfect foil to build up to the all-important final on the 18th of June.

New Zealand have a few concerns of their own, having had to rest their captain Kane Williamson over an elbow injury and their off-spinner Mitchell Santner with a cut on one of his fingers ahead of the second Test, while also dealing with the fact that England’s batting lineup has been equally fickle with a young, inexperienced team taking the field at times.

ALSO READ:  Why All The Hyderabad’s Stadiums Are 'Not Safe'?

However, the opportunity to feature in an actual Test scenario has given New Zealand the opportunity to see their batting mainstay Ross Taylor in fine form, and their bowlers like Trent Boult, Matt Henry and Neil Wagner in decent wicket-taking form.

India will have to make do with unofficial match practice, for which New Zealand will consider themselves fortunate. It is a tremendous opportunity for them, finding themselves back in England for another final, albeit in a different format, after their opportunity in the fifty overs format was cruelly robbed from them, in a manner of speaking.

New Zealand did beat India in the semifinal of the ICC Cricket World Cup 2019 before tying with England in the final match, with next to no difference in the run tally at the end of a stupendous and first-ever Super Over scenario in a World Cup format.

With an inane rule awarding England the championship, New Zealand can now show why they deserve to be here yet again, and be reckoned among the best.

India’s last World Cup success came back in 2011, and although they did win the Champions Trophy in 2013 they have not had quite the success at this level they would have desired. Kohli will want to reverse that.

There has been much debate over the manner in which points were allocated for the World Test Championship, including the glaring omission of not awarding points for away series victories. Also much wrangling over the manner in which points have been divided over an uneven number of contests, with some series being two-match scenarios and others lengthy five-match tours.

With the pandemic further complicating the ICC’s original plan to have each team play six series in all – three at home and three away – the awarding of a percentage of points as opposed to actual points might have caused heartburn for a few teams like India who were sitting pretty at the top.

Certain flaws still need to be ironed out: suggestions include the idea of playing a best of three final, teams playing at neutral venues, and having a semi-final fixture before the final. But overall it seems the tournament is finally heading towards a more equitable distribution of merit points.

Practical considerations suggest that even getting the first-ever cycle of the World Test Championship, which began in August 2019, to the finish line has been nothing short of a miracle, not only because of the pandemic, but amidst the emphasis on Twenty20 tournaments such as the Indian Premier League whose agenda appears sometimes to dictate the landscape of the game.

It will be a grand event, one that will take its place alongside a heavily packed sports season that includes the critical middle season for Formula 1 racing, see out the French Open and usher in Wimbledon, which skipped its date last year, while also competing for eyeballs with the football championships also gathering ground.

For simply being the first of its kind, amid concern about its viability in a future increasingly eclipsed by Twenty20 targets with an eye on the Olympics, the World Test championship will nevertheless take its much deserved place in the sun. #KhabarLive #hydnews