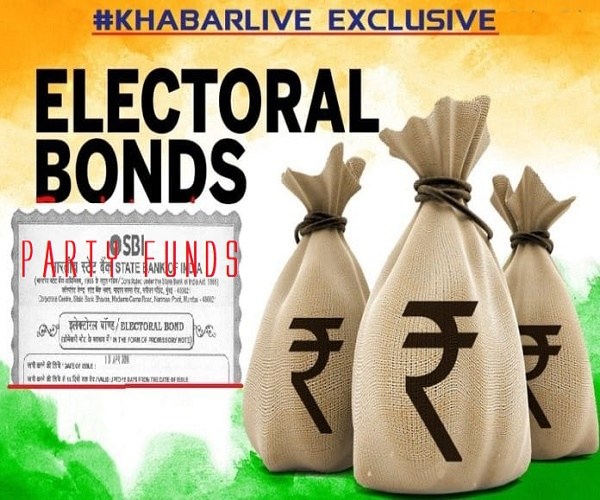 In Telugu States, out of 5 regional partied only one party ‘YSR Congress’ declared receiving Rs 8.35 crore, that is the third highest amongst all regional parties for 2017-18. The much hyped TRS got a hefty foreign support during elections but none of them dare to declare the report. TDP, Janasena, Prajashanti party also keeping mum over declatation.

At least 17 regional parties defaulted on the submission of their donations report to the Election Commission during 2017-18, according to the Association of Democratic Reforms (ADR).

“Out of 48 regional parties analysed, only 15 had submitted their donations report to the EC in the stipulated time period. 16 other regional parties have delayed their submission by a maximum of 31 days to one day,” the ADR report said.

The defaulting parties include the Asom Gana Parishad, the Mizo National Front, the Indian National Lok Dal, the report said.

The total amount of donations declared by regional parties, including both above and below Rs 20,000, was Rs 54.81 crore, from 2,824 donations, it said.

Among the 15 regional parties which declared their donations, the Biju Janata Dal leads with Rs 13.04 crore from six donations, followed by the Janata Dal-United, which has declared receiving Rs 11.19 crore from 27 donations.

The YSR Congress declared receiving Rs 8.35 crore, that is the third highest amongst all regional parties.

The report added that the Aam Aadmi Party led by Arvind Kejriwal has received five per cent or Rs 0.416 crore of the total donations above Rs 20,000 from abroad.

Among the states, the regional parties have declared receiving the highest amount of money or Rs 17.946 crore from Delhi, followed by Rs 9.03 crore from Maharashtra and Rs 5.194 crore from Karnataka, it added.

In its recommendations, the ADR has suggested that the parties not adhering to the deadline fixed by the Election Commission should be penalised by making them liable to pay tax on 100 per cent income from various sources. #KhabarLive