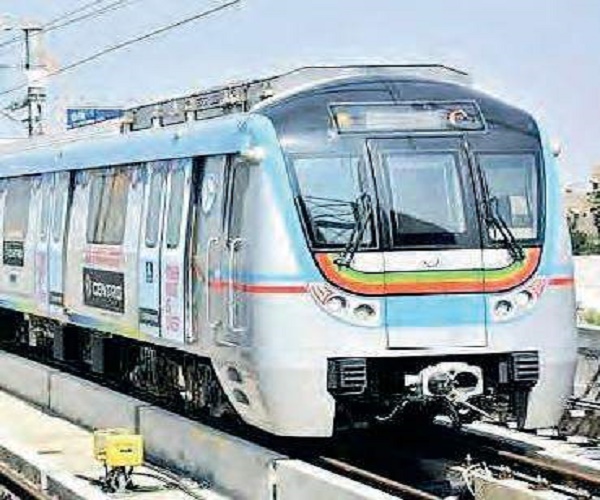 Three months after beginning operations, the Hyderabad Metro has started laying off their station assistants. Of the 300 station assistants, 100 were terminated from service without due notice on Thursday late evening. The staff on Friday evening gathered at Miyapur metro station demanding answers from L&T MRHL.

The station assistants were crucial in managing the Metro crowd in the inital days when crowd footfalls had crossed over 1 lakh. L&T MRHL had contracted Keolis Hyderabad for station management who had, in turn, subcontracted human resources personnel for station management to TRIG, a private security services firm. All the 100 staff who have been terminated were hired through TRIG.

“TRIG has cheated us. They did not issue us appointment letters but made us sign on Rs 100 stamp papers with nothing written on it other than TRIG and our signatures. We even have NoCs from our local police station stating we are fit to work for the Hyderabad Metro,” he added.

The terminated youths allege that their actual salary figure was supposed to be Rs 18,000 but were told will recieve only Rs 10,000 per month.”TRIG told us that the balance Rs 8,000 belongs to them.This is despite each of us paying Rs 20,000 to TRIG brokers to secure the job. Some of us paid even Rs 1 lakh to them for this job,” said Hareesh Kumar, another station assistant who was terminated. “This is a 9 am to 5 pm job, but they never allow us to even sit and give 15 minutes break for lunch. We worked hard yet they do this to us,” he added.

Station assistants working across the Metro face the same uncertain future.”My last working day is Saturday. I too have been told not to come to work. I don’t know what to do,” said Vijay who was attempting to sell the Metro smart card to commuters at Ameerpet metro station.”

Some of the staff belonging to another consultancy at the Begumpet to Nagole route were also terminated a month back but they were later reinstated,” he added. Some of the staff Express approached were reluctant to talk fearing a backlash from the management. KhabarLive reached out to L&T MRHL for a response on the issue via email, but did not receive a reply at the time of the news going live. #KhabarLive