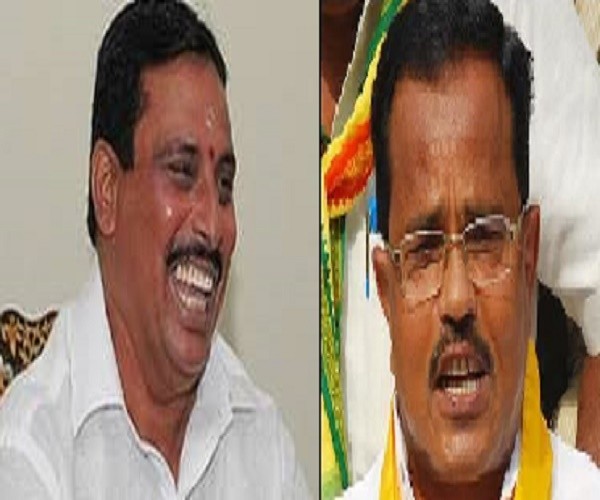 The way former Congress minister Danam Nagender got a royal welcome into the Telangana Rashtra Samithi by its president and chief minister K Chandrasekhar Rao has made one thing clear. KCR weighs a lot of benefits before taking the leaders into the party.

In the recent past, KCR acted quickly in admitting leaders like former Telugu Desam Party minister Uma Madhav Reddy from Bhongir and senior Congress MLC K Damodar Reddy from Nagarkurnool into the party.

On both the occasions, he took the decisions because he realised that their entry would benefit the TRS politically in the next elections. Both are very powerful in their respective constituencies.

Even in the case of Danam, KCR admitted him into the TRS within a couple of days of resigning from the Congress.

The reason is simple: KCR thinks Danam will be of great help to the TRS in Greater Hyderabad, in which the TRS is a little weak.

But, KCR has so far not extended any invitation to another senior leader and former minister Mothkupalli Narasimhulu, who was sacked from the TDP more than three weeks ago.

Like Danam, Mothkupalli also had a lot of praise of KCR and it was he, who had first suggested that the Telagnana TDP should be merged with the TRS.

However, KCR has not evinced any interest in admitting Mothkupalli. The reason is simple: Mothkupalli does not have money and muscle power and his entry will not help the TRS much in Alair. Moreover, Mothkupalli will only have nuisance value, rather than any value addition to the TRS.

Hence, despite being a hardcore Telangana leader, Mothkupalli is not getting any invite into the TRS. #KhabarLive