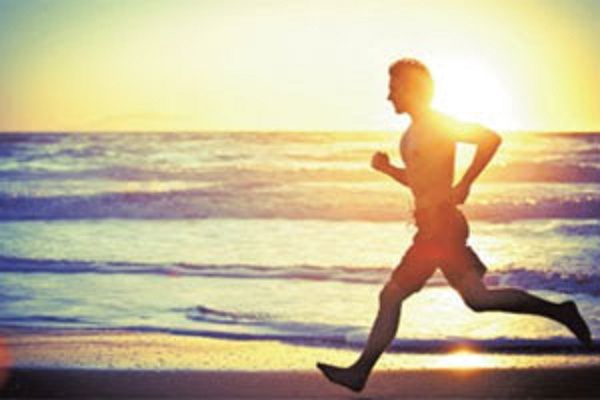 Thanks to an ingratiating new study, we may finally be closer to answering that ever-popular question regarding our health and fitness: How little exercise can I get away with?,The answer, it seems, may be four minutes. For the study, which was published recently, researchers from the Norwegian University of Science and Technology in Trondheim, and other institutions attempted to delineate the minimum amount of exercise required to develop appreciable endurance and health gains.

For those unfamiliar with the term, high-intensity intervals are just that: bursts of strenuous exercise lasting anywhere from 30 seconds to several minutes, interspersed with periods of rest.

The Norwegian scientists for some years have been studying the effects of intense intervals lasting for four minutes, performed at about 90 per cent of each volunteer’s maximum heart rate and repeated four times, with a three-minute rest between each interval. The total meaningful exercise time in these sessions, then, is 16 minutes.

Which, the researchers thought, might just be too much.

“One of the main reasons people give” for not exercising is that they don’t have time, says Arnt Erik Tjonna, a postdoctoral fellow at the Norwegian University of Science and Technology, who led the study.

So he and his colleagues decided to slim down the regimen and determine whether a single, strenuous four-minute workout would effectively improve health and fitness.

To do so, they gathered 26 overweight and sedentary but otherwise healthy middle-aged men, determined their baseline endurance and cardiovascular and metabolic health, and randomly assigned them to one of two groups.

Half began a supervised exercise program that reiterated the Norwegian researchers’ former routine. After briefly warming up, these volunteers ran on a treadmill at 90 percent of their maximal heart rate — a tiring pace, says Dr Tjonna, at which “you cannot talk in full sentences, but can use single words” — for four four-minute intervals, with three minutes of slow walking between, followed by a brief cool-down. The entire session was repeated three times a week for 10 weeks.

The second group, however, completed only one four-minute strenuous run. They, too, exercised three times a week for 10 weeks.

At the end of the program, the men had increased their maximal oxygen uptake, or endurance capacity, by an average of 10 per cent or more, with no significant differences in the gains between the two groups.

Metabolic and cardiovascular health likewise had improved in both groups, with almost all of the men now displaying better blood sugar control and blood pressure profiles, whether they had exercised vigorously for 16 minutes per session, or four minutes per session, and despite the fact that few of the men had lost much body fat.

“This is not a weight-loss program,” Dr Tjonna says. It is, instead, he says, “a suggestion for how people can make a kick-start for better fitness,” or maintain fitness already gained, when other obligations press on your time.

The workout can effectively be practiced anywhere, Dr Tjonna says. Sprint uphill for four minutes or race up multiple flights of steps. Bicycle, swim or even walk briskly, as long as you raise your heart rate sufficiently for four minutes.

“Everyone, we think,” Dr Tjonna says, “has time for this kind of exercise three times a week.” #KhabarLive