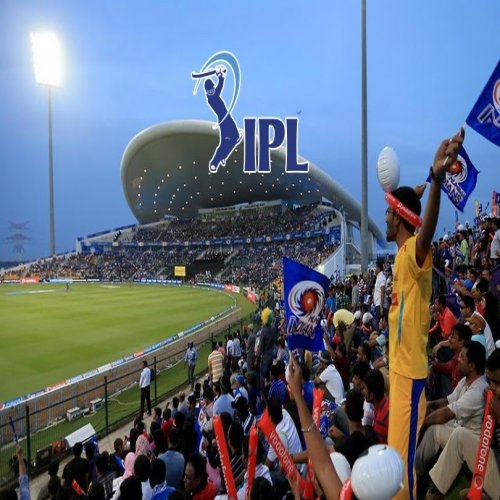 At the end, the IPL2020 stage set for a bugle to start in less infected and semi-safe United Arab Emirates. Finally after all the suspense over will it, won’t it be held and where and when will it be held the IPL commences in three cities in the UAE from September 19.

The BCCI, the broadcasters and the sponsors will no doubt he happy and to this one may add the cricket fanS for despite its seamier side which has been exposed now and then the IPL is an immensely popular tournament which attracts the best players worldwide while on the way giving rise to the phrase cricketainment.

Credit must be given to the BCCI for they never gave up hope of conducting the IPL this year. Even when its conduct seemed out of the question thanks to Covid-19 which caused the cancellation or postponement of many international events including the Olympics, Wimbledon and the T-20 Cricket World Cup the BCCI kept searching for windows by way of dates and venues.

Holding the IPL in India was out of the question because of the pandemic so the BCCI had to hunt for possible countries where the coronavirus situation was not as serious before settling on the UAE. It will of course not be a new experience for the IPL to be held outside India for it has been staged in South Africa in 2009 and a part of the 2014 edition was held in the UAE both times the shift being necessitated because of the national elections in this country.

The delay of about six months – the cash-rich tournament is normally held during the March – May window – has meant that there is a lot of buzz over the IPL. The long wait has whetted the appetite of anyone and everyone associated with the game and summing up the euphoria is King’s XI Punjab co-owner Ness Wadia who is confident that the 13th edition of the event is set to be “the best ever.’’ But he is also concerned about the safety of the players and all others involved. “Even if there is one Covid-19 case the IPL could be doomed’’ he said after an owners’ meeting.

Wadia has a point. For one thing with the coronavirus threat still looming large the world over and with reports having it that there are thousands of active cases in the UAE the conduct of the IPL has not received unanimous approval. Secondly the IPL is a mega event attracting worldwide attention and if it is to be affected in any way by Covid-19 it will not just be a question of eyebrows being raised and questions asked. As it was there was a bit of a scare when some members of the Chennai Super Kings squad tested positive but thankfully all that is behind us.

Indeed, with eight teams and 60 games spread over 53 days the organizers cannot afford any slip-up especially with local officials talking in terms of allowing a limited number of spectators at the three venues. The officials have to ensure that while cricket prospers on the field the larger picture of everyone’s welfare is not ignored. The virus remains a threat and the hunger for profit should not over ride health concerns for everyone associated with the conduct of the IPL

Given that the sport is cricket and that the event is the IPL perhaps it is not surprising that the BCCI has never experienced any trouble in getting sponsors for the high profile tournament. This year too when Vivo made an exit as title sponsor following public sentiments in India against the border tensions with China more than one major corporate house threw their hat in the ring before Fantasy sports platform Dream 11 made a successful bid for the title rights. Over the years the promotional amount has escalated, the rates for ad slots have gone up similarly but the money has always been forthcoming. Title sponsors have fallen over one another in trying to get the rights even though the figures involved might be incalculable for the common man.

According to Wadia, “sponsors would be foolish not to be part of the IPL this year. I truly believe that if I was a sponsor I would jump right in.’’ His confidence is shared by media agency heads who say that the tournament will bring in ads given that the festive window is vital from an advertising viewpoint.

Sponsors and advertisers are looking closely at the dates (September 19 to November 10) and this is when ads start to flow given the fact that it is the festive season. Many sponsors and advertisers will be interested in promotional and brand building exercises and the IPL being a high impact property is sure to attract financial backing of all sorts.

More than one media agency head has said that it would be an erroneous commercial decision not to be part of the IPL with almost everyone harping on the fact that it is happening in the second half of the year and during the festive season and this will only encourage corporate houses to step up advertising. One corporate honcho says “we are big investors as far as sporting tournaments go and we will definitely look at the IPL this year from an advertising perspective.’’

From now on though the focus will be on the eight teams, the players and how they will fare and who will win the trophy. The fact that six of the eight main teams have won the trophy in 12 editions of the competition shows that predicting a winner in the T-20 format is a mug’s game. #KhabarLive #hydnews