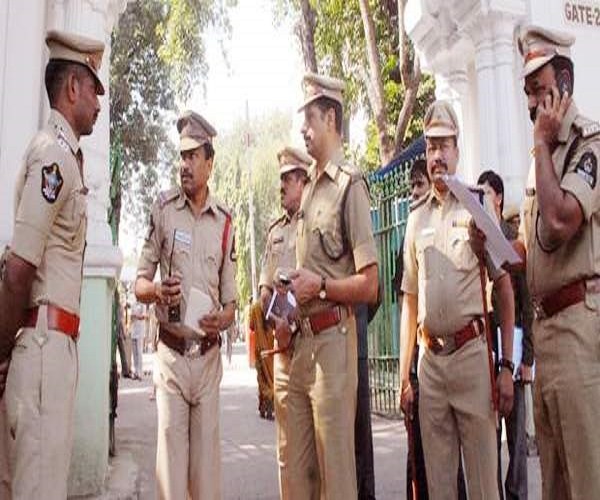 With promotions given to 23 IPS officers, the corridors of power are abuzz with speculation that the police commissioners of Hyderabad, Rachakonda and perhaps even Cyberabad could be shifted in the major reshuffle next month, once the election results are out and the model code of conduct comes to an end next month.

Top government sources told this newspaper that 1994 batch IPS officer B. Shivdhar Reddy could land the hot seat of Hyderabad police commissioner, as Chief Minister K. Chandrasekhar Rao is said to be keen on giving him a key post after he was abruptly shunted out as state Intelligence chief in September 2016.

Shivdhar Reddy was considered close to Mr Rao and was picked up by him as Intelligence chief when Telangana state was formed in 2014.

He was shifted out reportedly after he did not keep the powers-that-be in the loop about a meeting of the powerful Reddy community in Khammam to chalk out a strategy to regain their hold in the state as they felt politically marginalised after the TRS came to power.

Recently, sources said, the Chief Minister had made it known to some bureaucrats that he wanted Shivdhar Reddy back, which triggered speculation that he could replace Anjani Kumar as the ‘Kotwal’ of Hyderabad. Shivdhar Reddy is posted as IGP, Personnel, and has previously worked as DCP, South Zone, in Hyderabad. Mr Anjani Kumar has completed one year in office.

There could be a surprise too. In case the government chooses to have a woman police commissioner, which would be a first, chances are that Mr Shivdhar Reddy’s batchmate Shikha Goel could be considered for the top post. She is posted as additional commissioner (Crimes and SIT) in the Hyderabad police. Both Mr Shivdhar Reddy and Ms Shikha Goel were promoted to the rank of Additional DGP on Tuesday.

Besides the two, another serious contender is Jitender, Additional DGP, law and order. Sources said Mr Jitender was considered before Mr Anjani Kumar was appoi-nted by the Chief Minister. A no-nonsense officer, Mr Jitender was app-ointed nodal officer for the Telangana elections.

Among other officers promoted on Tuesday, T. Prabhakar Rao, a 2001 batch IPS officer, could end up as either the commissioner of either the Rachakonda or the Cyberabad police.

Considered close to the powers-that-be, Prabhakar Rao is DIG, Special Intelligence Branch (SIB). His retirement is due next year and sources saqid he is likely to be be given a key post.

Another 2001 batch IPS officer, Akun Sabharwal, commissioner, civil supplies, could end up in a key post in the reshuffle. Rachak-onda police commissioner Mahesh Muralidhar Bhagwat was appointed in July 2016.

“Though it is still a month to go before the model code of conduct comes to an end, the exercise of who will go where, as far as key posts are concerned, has been made. We never know there could be last min-ute surprises as well,’’ a top official said. #KhabarLive