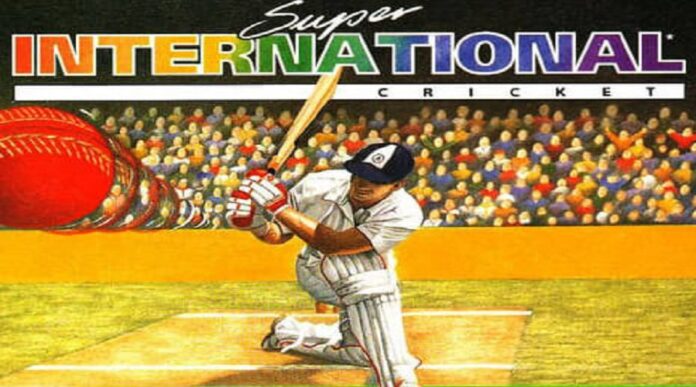 Given its shenanigans which lasted for the better part of two months, and then some, it was expected the International Cricket Council would put to rest the ruckus around the Twenty20 World Cup.

Instead, it has gone ahead and confirmed not one but three World Cups in quick succession, and also set in place a new league, the ICC Men’s Cricket World Cup Super League, as a further hurdle to qualifying for the World Cup in 2023.

If there is a boring cricket syndrome running through the psyche, not too hard to see where it’s coming from. With the rescheduled IPL in the United Arab Emirates only disappointing Indian fans, the mood is rather palpable.

When rain-delayed day three of the second Test between England and Pakistan it allowed one of the broadcasters to replay 1998 one-day international in Sharjah that featured one of Sachin Tendulkar’s mind-blowing innings against Australia popularly labeled the “desert storm.”

Interrupting live cricket, the highlight reels drew widespread attention not just because Tendulkar, but the relative lack of guts and glory in contemporary cricket, which makes watching innings like these pinch somewhat.

Then there is the ICC Men’s Cricket World Cup Super League.

The name alone is a mouthful, and one wonders why governments continue to ring in the changes through the coronavirus pandemic, which has caused tectonic shifts no less in cricket, as many bilateral series have been postponed indefinitely.

With little cricket played since the break was called off with the England fixtures, and little now with the Indian Premier League set to occupy centre stage, the governing body and influential cricket boards have missed the boat.

Has the ICC successfully taken cognizance of the current situation? Before acting to reset the agenda of the sport, it should get a better feel of the problems of the various cricketing teams, the players.

By installing World Cups without enough by way of preparation, without addressing the disparity of opportunity, it threatens to undermine the idea of a World Cup itself.
World Cups abound to half a dozen in the current cricket cycle.

After much wrangling amid Cricket Australia’s reluctance to swap places with the BCCI for the 2021 T20 Men’s Cup, claiming that the cancellation of the World Cup would lead to problems if “replaced by award of” the same World Cup in 2022, the ICC went ahead and did exactly that.

The ICC World Test championship stands as is, even though England have called off their tour of the Emerald Isles in March and there are still several doubts about how the format would continue and keep its date with the June 2021 final at Lord’s.

The World Test championship, introduced last year with the Ashes forming the inaugural bilateral series, has been debated widely in the wake of the pandemic outbreak, but the ICC is sticking to its guns.

While the championship does introduce a much-needed contest into five-day cricket, prudence might have pushed back on the dates, or was it influential cricket boards protecting ‘their’ bilateral series?

Totally abandoning the inaugural edition would have spelled the death of Test cricket, contend some officials, unofficially of course.

The Men’s Cricket World Cup Super League was supposed to have begun in May 2020 with the Netherlands versus Pakistan matches, but it will now kick off with England playing Ireland in three one-day internationals.

The new tournament falls somewhere between the ICC Cricket World Cup and the CWC League 2 and CWC Challenge League for qualification purposes.

The only reason the bilateral series – squeezed in a rush between a home Test series against the Windies and the Tests against Pakistan – drew attention was that Ireland pulled off an encore to their World Cup finish, chasing down England’s total in the third one-day in a déjà vu for euphoric Irish cricket fans looking for the opportunity since their team was inducted into Test status.

Imploring England and Wales Cricket Board to reciprocate the gesture by scheduling an away tour to the Caribbean, Holder discussed how in some parts of the world, international cricket, particularly Test cricket, would witness smaller audiences unless the current situation was addressed appropriately.

Holder said some teams might go from just two or three Tests per series to none – whereas the Ashes are a five-Test affair and Cricket Australia would like the Border-Gavaskar Trophy to be the same – and these teams would suffer simply because of the current climate, which discourages boards from scheduling series with lower-rung teams.

This is because boards and broadcasters are looking at the bottom line, and not all teams can afford the logistical and financial nightmare of creating bio-secure environment bubbles to keep their date with the ICC’s Future Tours Programme that currently dictates team fixtures.
Reiterating that the West Indies cricketers had to undergo a heavy pay cut in order to keep playing, Holder spoke about the dire state of affairs.

“If something doesn’t happen soon, we’ll see less international cricket being played by smaller countries because we simply can’t afford it. We’ve gone from having four and five-match series, down to two and three. And it’s very difficult to host any more than that for us, particularly the Caribbean.”

He added, “We only really make money from England and I think, India. We break even with Pakistan and Australia and all the rest of the series we play are losing. In these trying times, only England, Australia, and India can probably host cricket. The smaller territories are struggling financially to get on.”

The sorry state of affairs, after the West Indies made a stunning case for themselves by beating England in Southampton, tells its own story.

Holder left with a thought that says much about the way cricket is currently being run rudderless:

“We don’t have the bargaining power to dictate where and when we can play a series. There’s the Future Tours Programme in place, so we’ve got to make sure that we are strategic and plan our cricket in the best possible way.”

That, of course, is difficult to do, as Holder also pointed out, when domestic cricket continues to be ill-served, and teams such as the West Indies do not boast of the infrastructure and facilities as enjoyed in England to engage with their players on a more intense level.

Women’s cricket was sidelined when the Board of Control for Cricket in India canceled the women’s tour of England citing the pandemic, although the ECB had hosted the West Indies and Pakistan men, and the BCCI itself had no qualms about hosting a multi-team IPL in the UAE.
South Africa turned down opportunities including what would have been the first limited-overs series under the Super League with Pakistan, and are facing serious racism and corruption allegations.

In sum current cricket is headlining only three lucrative teams – India, England and Australia – with the other teams sitting in the background, almost unrecognizable without any opportunities being sent their way.

Instead of wasting months renegotiating new hosts for the Twenty20 World Cup, the ICC should have addressed the issue of the glut of World Cups, which will detract further from their intensity.

It must also address the all-important issue of rebalancing the wheel of international cricket, which it appears ill-equipped to do. #KhabarLive #hydnews