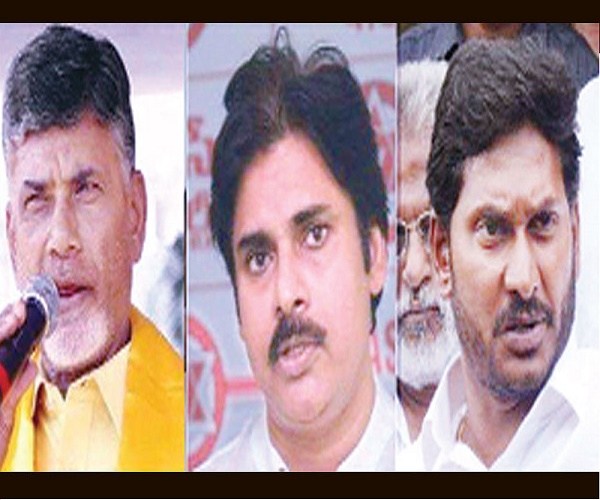 It’s very much exciting to await the result of 2019 Elections in Andhra Pradesh , quite natural, but rather uncertain. It’s like a chess game, the shrewd movements decide the destiny of various political parties, striving to test their fortune. Let’s now have an insight into the astrology of the various parties contending the elections of 2019 in Andhra Pradesh.

Congress: To start with, Congress, the age -old national party, has done a big mistake at the time of Telangana division. Without proper planning and thinking about the future of the people of AP, it gave its consent to divide Telangana from AP, with the only motto of getting its political mileage in Telangana.

Regarding the special status of A.P., it only made an oral promise and did not mention it in the state re-organisation bill, at the time of division. This decision may go a long way negatively, regarding its success and formation of government in AP as the people got offended in this aspect.

BJP: With regards to BJP, the Prime Minister Narendra Modi announced special status to Andhra Pradesh, but ignored its implementation. Moreover, the BJP govt. failed in fulfilling many of its promises and has many critical missteps like demonetisation, the betrayal of farmers related to the demand of minimum support price, the Rafale controversy, creation of employment, GST etc. and failure in ensuring security to women, even girl child; so on and so forth. As it lost its trustworthiness with the backdrop of its failures, there are no chances for BJP to succeed in AP.

Janasena: Janasena, a new aspirant in A.P. to check its political future, has a charismatic leader Pavan Kalyan. Even though Pavan is a crazy actor and a skilled orator, his administrative skills are yet to be revealed.

Considering his brother Chiranjeevi’s sincerity in establishing a party and later merging it in Congress, people may be suspicious about Pavan’s commitment also. Moreover, there is no evidence in the political history of AP in welcoming a new party to form a govt. except the instance of TDP as it was led by a legendary hero NTR.

Keeping aside a very negative aspect like not having strong candidates, Janasena may attract a fewer sections and may win a few seats only because of the fascination for Pavan Kalyan.

YSRCP: YSRCP did not live up to the expectations of the people of Andhra in playing its role as a strong opposition. It neither encountered the govt. regarding the solution of public issues nor attended the sessions of Assembly properly.

As there is no other strong party existing right now in AP and if people desire to see a change or to know the administration of Jagan and his sincerity in serving the state of A.P. towards its welfare, there may be chances for YSRCP to win the elections of 2019.

TDP: The major drawback of TDP is not fighting efficiently with the central government towards getting special status to the state. Another debacle of TDP is its failure in eradicating corruption in govt. sector apart from atrocities on women.

The welfare schemes sanctioned for low classes are good, but it failed to focus on private employees and middle class people. As per public opinion, it has got major chances of getting success in these elections.

It is deplorable to mention that no party has mentioned welfare schemes for private employees in its manifesto. Actually, this sector has a large vote bank and it influences the formation of the government.

There are chances for that party which co-ordinates this vote bank with others, to win majority votes. The party which comes to power should take care of two major issues of the public i.e. education and healthcare, if addressed provide a big relief for a middle- class person’s budget.

It should see that govt institutions must provide quality education so that public need not resort to private education. Similar to developed countries, the govt should provide quality health care at government hospitals; enabling general health insurance from public. One can’t deny the fact that no political party in India is service-oriented.

All politicians distribute money for pooling votes and seek power in order to loot money through scams. When in power, they focus on publicity, rather than strict implementation of their promises. This is the status quo since a long time.

This state of affairs can be changed by the public only by questioning the administrators regarding the lapses in the administration and then only they will become public servants. #KhabarLive