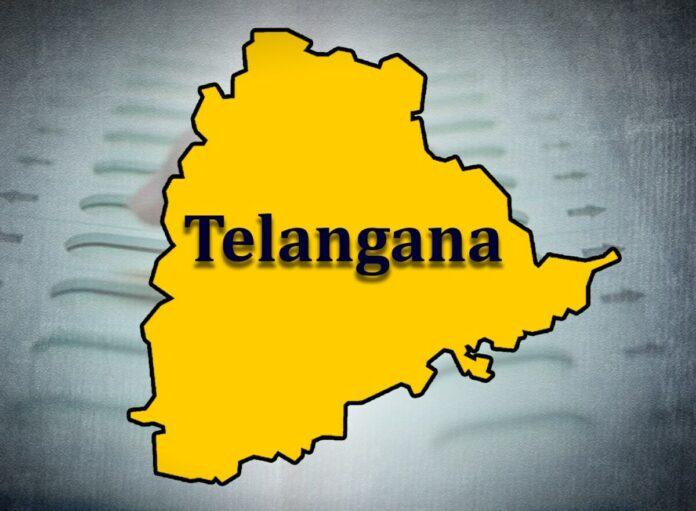 Before we bid adieu to 2019 and welcome 2020, it is time for taking a look at the year that was and examine as to where the Telangana State stands today as it is one year since the Telangana Rashtra Samithi (TRS) had come to power for the second consecutive term. The youngest State of India which came into existence in 2014 after a prolonged struggle has crossed several marks. The State has also been shining in terms of good governance initiatives taken in various sectors.

There has been marked improvement in service delivery system and improving accountability of employees to some extent though a lot more needs to be done. Chief Minister K Chandrasekhar Rao claims that Telangana State stands at No. 1 position in the country in terms of average tax revenue growth rate. He also asserts that despite economic slowdown, the growth rate is around 17 percent.

Telangana also stood as a role model in implementation of slew of welfare programmes and that nearly 50 percent of the population had benefitted from various schemes. Nearly 15 million of the rural pop¬ulation has been touched in multiple ways. The fact remains that the government had laid major focus on e-governance and e-transactions.

Over 100 odd participating departments and agencies through a network of 4,500 centres are functioning and providing services to citizens which reduce the need to run around government offices.

However, a lot more need to be done to do away with the system of agents at many places including offices like Regional Transport Authorities. The State certainly has brought about a turnaround in the power sector. It has increased its installed power generation from 7,778 MW in 2014 to 16,506 MW. In fact, special attention was laid on this sector as growth of a State depends on the growth of infrastructural facilities.

The power sector in Telangana is now set to increase the total capacity to 28,400 MW over next three to four years. Dedicated efforts by Chairman and Managing Director of State Transco and Genco D Prabhakar Rao has helped in getting all necessary clearances for most of the projects with a total capacity of 11,600 MW which are underway. In the public healthcare sector too, many new initiatives have been reported.

It had allocated Rs 215 crore to upgrade nine area hospitals as district hospitals. The year 2019 saw the formal launch of AIIMS at Bibinagar. The government even succeeded in getting permission to add more medical seats and soon government is going to start two new medical colleges in Suryapet and Nalgonda. With this, the State will have a total of 11 medical colleges with 1,550 seats.

The State also has succeeded in getting Central funding to the tune of Rs 214 crore to upgrade the area hospitals. Though there have been some unfortunate incidents like the recent Disha case, the city saw a drop in crime rate by 3 percent. This, the police claim, was due to intensified patrolling, initiation of PD Act against offenders, cordon and search operations and intensive drive against drunk driving.

But still the police need to be made more people-friendly. The Disha case had exposed certain drawbacks which need to be looked into. Telangana has large potential to earn good revenue from tourism sector. It has over 82 best tourist spots which if developed properly can become good tourism destinations both for foreign and domestic tourists. Focus should be laid on development of temple tourism.

There are many historically important temples across the State, they are lacking in basic infrastructural facilities. If that can be improved, it can also help the State in mopping up good revenue. Though government claims that it has taken number of steps to make cities cleaner, still they have a very long way to go. Even the capital city of Hyderabad is not up to the mark. It suffers during monsoon as many areas get inundated and roads get waterlogged even if the rain does not last for more than 30 minutes.

Despite several initiatives taken to collect garbage from doorsteps, there are many places where the menace of dumping of garbage along railway lines and on roadsides in many colonies continues. On the positive side, Kodad Municipality had done good work in solid waste management. As far as the State finances are concerned, Telangana has been able to stick to the golden rule of the FRBM.

Yet another point to be noted according to experts is that States have significantly resorted to market borrowing in financing the fiscal deficits (following the recommendations of the 14th Finance Commission) to exclude States from the National Small Savings Fund (NSSF) financing facility. Telangana has given importance to capital projects like drinking water programme and major irrigation projects like Kaleshwaram.

It also came up with welfare schemes for farmers in the form of cash transfer instead of the earlier practice of farm loans. The chairman of the 15th Finance Commission, NK Singh, during the commission’s State visit, noted that though capital projects in Telangana have a multiplier effect on economic growth, the rising debt and deficit is a matter of concern.

However, the State has a bright economic future on two counts. One, Hyderabad has proved that it is not just famous for biryani but has been emerging as a preferred destination for increasing investor appetite. The State has an advantage of having road network of over 27,600 km consisting o 24 national highways and an international airports.

There are over 60 Special Economic Zones and the State is one of the leading producers and exporters of horticulture crops including lemons, oranges, turmeric etc. The government has laid special attention on sericulture and fisheries. In addition, it has a large number of manufacturing units in pharma, food processing, non-metallics, minerals, plastics and electrical equipment sectors.

The State has also been doing well in ease of doing business and remained in the top two positions. The State government has been adopting holistic approach to ensure overall development of agriculture sector. Of late, it had made good progress in farm mechanisation as well. The number of tractors has gone up from 1.5 lakh in 2014 to 2.87 lakh in 2019.

Besides providing a subsidy of 75 per cent to SC/ST farmers and 50 per cent to other farmers, the State government has been encouraging farmers to purchase machinery of their requirement and choice. In the new year, Telangana government, according to Minister for IT K T Rama Rao, will be the Year of Artificial Intelligence. Let us wish and hope that the year 2020 will bring greater economic stability and all round growth for the State. #KhabarLive