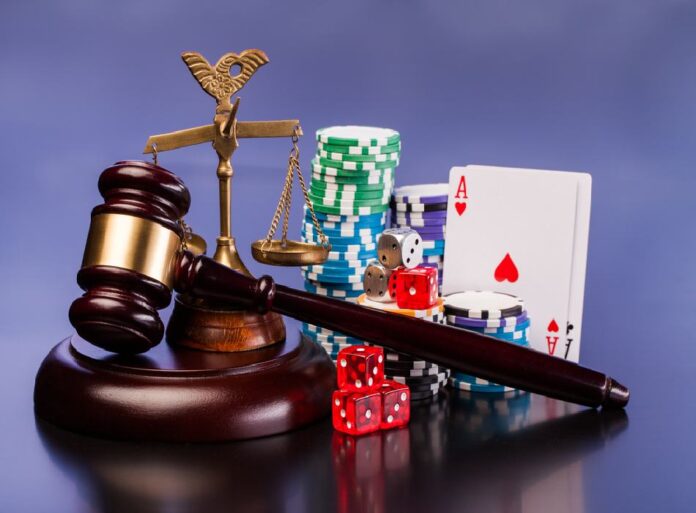 Gambling and online gambling are defined as betting, gaming -participating in an activity that is based on luck not on the skills to win a huge amount of money or any other prize by wagering some amount of money. India have certain laws, regulations and acts to combat the gambling menace.

To control gambling across the country legislation was passed in the year 1867, the Public Gaming Act of 1867, and is the most important legislation that regulates gambling in India. 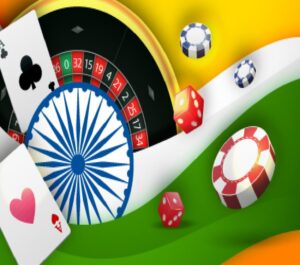 Under the gambling legislation, the meaning of the act of wagering or betting for money or money worth is understood in the 2006 “jay video games and electrical v. State of Gujarat’’  case.

So here we discussed about the gambling, why it has become a more sensible topic in India and other countries, how it has come in scenario where their strict laws are must needed, why gaming skills are excluded from gambling or why Indian law classifies the games into two broad categories i.e. game of chance and game of skills. What are those games where gambling is not a big deal?

As per the status of the legality of Gambling in India, there is no unified law regarding any activities of gambling as it comes under the State list of the 7th schedule of the Constitution. So the gambling is a state subject, so the state has only the rights to regulate the law for the gambling activities in their respective territory. The state legislatures, under the Constitution of India, have been entrusted with significant regulatory flexibility to form state-specific gambling laws.

The Gambling Act is the central enactment that has been adopted by certain states in India and other states have enacted their own legislation to regulate and govern gambling activities within their territory. So some states have allowed or some have banned gambling in their state. For example, casinos are banned in the other states except for Sikkim, Goa and Daman.

There is always a doubt regarding which games are covered under gambling because poker in India has very unclear significance in Indian law because it could never figure out whether it is a game of skills or a game of chance. It’s very interesting that games, such as wagering on cricket, are prohibited and while Rummy is permitted as observed by the court under  Mahalakshmi  Cultural Association v. The Director, Inspector General of Police, State of Tamil Nadu in 2012. Gone are the times of Matka betting and the preferences in India. These days, you can just wager on a couple of sports, that too in some states. As of now, betting on horse racing, online poker in states like Goa and Sikkim, online rummy, lottery, and a couple of gambling clubs are legal in India in accordance with the case of K .R Lakshmanan v. state of Tamil Nadu in 1996.

Not only wagering on games is illegal, visiting or working in those places is also unlawful or illegal under section 4 of the  Public Gaming Act. It is likewise unlawful to visit such a place. The main problem is that the exact meaning of betting is not adequate in the legislation. As per the Act, it states Gaming as betting or wagering of money on a game which is a game of chance and not of skill except Horse Racing. 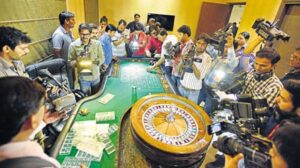 In the Public Gaming Act of,1867 there were no provisions related to online-based betting. There is in addition to this Act another act that could be considered to identify with web-based wagering and gaming i.e. The Information Technology Act of 2000. From this Act, it is very easy to identify the offences with online gambling and gives the government ability to check and search if required. However, this Act also does not mention online-based gambling like Public Gaming Act, 1867 does.

Regardless of the mounting popularity and the revenue generated by gambling and betting in India, the Indian laws and the Courts in India have been averse to any game of chance and probability, except in States of Goa and Sikkim. Since the advent of British rule, many Indian states have enforced the Gambling Act prohibiting all forms of gambling and betting in their respective states. Goa and Sikkim are the only exceptions which have allowed gambling and betting in their state, subject to regulation of their respective state Governments. List II of Seventh Schedule of the Indian Constitution, endows the state Governments with the power to legislate on matters concerning gambling and betting. India continues to enforce the pre-independent gambling legislations enacted by the British rulers, but it is interesting to note that UK has changed its gambling laws by allowing almost all forms of gambling in UK in light of the changing societal norms of their country.

This gives us an overview of the gambling laws in India and it is clear from the same that there are extensive restrictions on any kind of gambling or wagering activities in India. However, all the Gambling Legislations in India have excluded ‘games of skill’ from the purview of gaming activities in India. There have been numerous debates all over the world as to which games or activities can be considered as ‘games of skill’ and which games or activities are based predominantly on luck in which a person’s intellect has been very little roles to play.

Game Of Chance And Game Of Skill 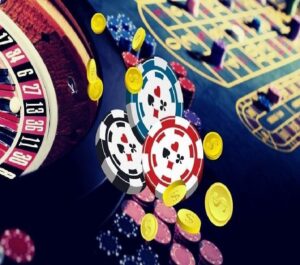 Gambling is understood both under its traditional form as well as modern avatar. The traditional gambling is understood in the context of physical space, brick and motor format, whereas modern gambling consists of computers connected offline or online, mobile phones, internet, etc. The Gambling Legislations exclude ‘games of skill’ from the purview of gambling and hence doesn’t attract the penal provisions.

“The game of Rummy is not a game entirely of chance like the ‘three-card’ game mentioned in the Madras case to which we were referred. The ‘three card’ game which goes under different names such a ‘flush’, ‘brag’ etc. is a game of pure chance. Rummy, on the other hand, requires certain amount of skill because the fall of the cards has to be memorised and the building up of Rummy requires considerable skill in holding and discarding cards. We cannot, therefore, say that the game of Rummy is a game of entire chance. It is mainly and preponderantly a game of skill. The chance in Rummy is of the same character as the chance in a deal at a game of bridge.”

“Therefore, while it is the right of the appellant to have recreational activities which are not prohibited, the respondent’s right to take appropriate proceedings against illegal games of betting, wagering, etc. is also provided for under the Act. Therefore, there cannot be a blanket direction as prayed for by the appellant. The question whether a particular game is a game of skill or chance is to be decided on the facts and circumstances of each case. As and when proceedings are; initiated against the appellant in accordance with law, the appellant shall always have the right to question the same or challenge the action of the respondents if it is not in accordance with law.”

The Supreme Court in Dr. R. K. Lakshmanan (supra) held that horse racing is a game of mere skill within the meaning envisaged under the Madras City Police Act, 1888 and Tamil Nadu Gaming Act, 1930. The Court explained through various instances how horse racing can be considered a game of skill as the betting in horse races are based on evaluative skills and various other factors like skill and management of the jockey.

The State of Sikkim enacted the Sikkim Online Gaming (Regulation) Act, 2008, which was passed on 28th June 2008 by the Sikkim Legislative Assembly with dual object of controlling and regulating online gaming through electronic and non-electronic formats and to impose tax on the same within its territory. The Sikkim Online Gaming (Regulation) Rules, 2009 has been subsequently enacted and the same has been amended from time to time. 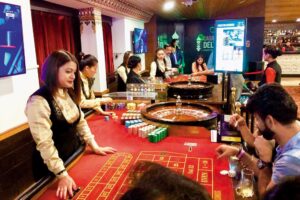 The Sikkim Online Gaming (Regulation) Act, 2008 was amended on August 19, 2015 restricting the offering of “online games and sports games” under the licenses issued under the said Act to the physical premises of the game parlours within the geographical boundaries of the State of Sikkim through intranet gaming terminals. Initially, the wording of the Sikkim Online Gaming (Regulation) Act, 2008 envisaged that the license shall allow the licensee to offer its games across India without restricting it to the territory of Sikkim.

The Government of Nagaland has enacted the Nagaland Prohibition of Gaming and Promotion and Regulation of Online Games of Skill Act, 2016. The said Act provides for regulation and promotion of “games of skill” through the issuance of licenses. This Act provides that the license holders under the same can operate from any State in India where gambling is allowed.

Sikkim has framed legislation regulating the virtual or online gaming activities within its territory. Except for the Sikkim Online Gaming (Regulation) Act, 2008 and Nagaland Prohibition of Gaming and Promotion and Regulation of Online Games of Skill Act, 2016, none of the other Central or State gambling legislation specifically mentions online gambling which puts online gambling involving ‘game of skill’ in a grey area.

In the present world where everyone is connected through internet, a person sitting in India can bet through a foreign owned website. There is no law which directly regulates/prohibits such activities in India. In the absence of any specific law directly regulating the online gaming/gambling through a server located outside India, these can be regulated through the internet intermediary compliances, cyber law due diligence requirements prescribed under the Information Technology Act, 2000, restrictions on foreign exchange earnings and outgoes and strict enforcement of anti-money laundering laws.

The gambling laws in India continue to be confusing and unclear. The judiciary time again through various decided case laws have tried to clear the air and provide clarity on the subject. However, the recent technological changes have thrown open the sector and have allowed the masses to participate in activities which lie in the border line of gambling laws in India. These activities are yet to be scrutinized and tested through the courts in India. It is advisable that before someone ventures into any gambling activity in India, he/she may take a sound legal advice in respect of the same so as to avoid any unnecessary legal implications. #KhabarLive #hydnews