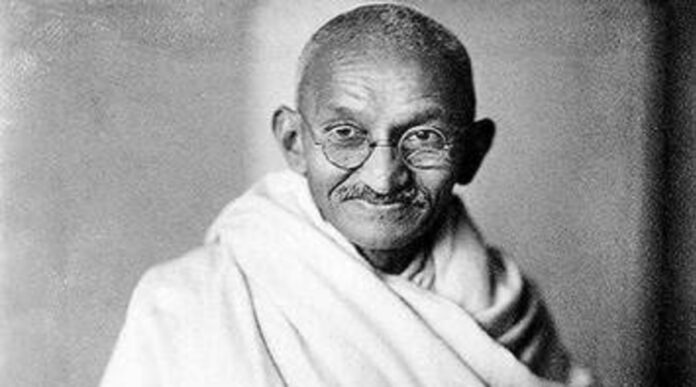 As India witnessed a historic moment on Wednesday with Prime Minister Narendra Modi performing the foundation-stone-laying ritual for Ram Temple at Ayodhya, a page from the history tells another story of a forgotten Ram temple that the father of the nation, Mahatma Gandhi had founded, way back in 1928.

On January 24, 1928, during his two-day visit to Vartej, a village in the then-princely state of Bhavnagar in Saurashtra, Mahatma Gandhi had laid the foundation-stone of a Ram temple for “the untouchables.” It became the only temple founded by the Mahatma, known for his disbelief in temples.

The truth about Mahatma Gandhi laying a foundation-stone for a Ram Temple, especially ‘for the untouchables’ right in the backyard of their locality, points at then-prevalent social ills of untouchability, which prevented backward communities from entering a temple.

A reference to this undecorated event is documented in the Volume 35 of the Collected Works of Mahatma Gandhi (CWMG), which sources the original reference to the event from Navjivan magazine (Gujarati) issue of January 29, 1928.

ALSO READ:  #ElectionScenario: AIMIM And The 'Political Contours' Of Old City In Hyderabad

The documentary evidence shows that the Mahatma Gandhi delivered an address after laying a foundation stone for Ram Temple.

“A temple is not merely an edifice of brick or marble, nor does it become a temple by the installation of the image of a deity. It can be called a temple only when life has been breathed into the image. There may be hypocrisy in calling the priest and making sacrificial offerings at the time of laying the foundation of the temple. The truth is that those who made a pious resolve to build a temple should, from that very moment, spend their life in deeds of penance and should surrender to the temple the fruits of all their good deeds…”

“The managers and the priests of the temple should be leading a life of austerity so that one’s heart is moved as soon as one enters the temple. If this is not going to be that type of a temple, if sufficient purity of heart and mind is not behind it, it is merely a building and take it, it is a burden on the earth. Since, it would be called a temple, the area occupied by it would go waste; it can be put to no use and it may turn out to be a pernicious institution and even a haunt of many sins,” he said.

“I have laid the foundation-stone of this temple in the belief that no such defects are here. To lay the foundation-stone as soon as the idea of constructing a temple occurs and then to live in the hope of erecting a temple some day is not good. Nothing is achieved in haste, the plants of religion do not grow fast. True faith, industry and patience are the prerequisites of this.”

While most of the Gandhian researchers and noted scholars expressed ignorance of Gandhi’s “Ram temple” push, a section of researchers believe that the move points at Gandhi’s symbolism for a social transformation. When inquired with the locals at Vartej, now a census town, there was no whereabouts of the temple. A local priest said, “We don’t know about any Gandhiji-founded Ram Temple here. The only ram temple we have is since 20 years and all kinds of people come here.”

“This is possibly the only temple Gandhiji laid a foundation stone for in his lifetime. He may not have placed a proposal for erecting a temple, but it appears more likely that he may have received a representation from certain communities from the locals for a temple of their own.

In those days, Harijans were not allowed to enter temples. If Gandhiji sets up a temple for harijans it would mean a strong message to break the prevalent social stigma in the society,” a Gandhian scholar and author Gambhirsinh Gohil told. #KhabarLive #hydnews