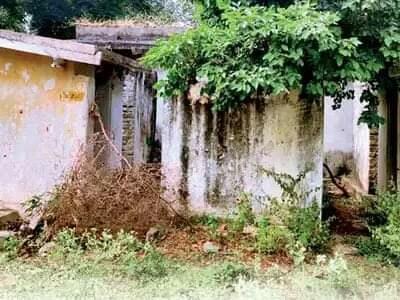 Despite approaching authorities concerned few times, residents say nothing has been done yet. At the railway quarters in North Lalaguda in Secunderabad, many pockets have turned into a hub for anti-social activities. With 400-odd deserted quarters becoming a hive for anti-social elements, the few families who still reside there live in constant fear.

The quarters don’t have CCTV cameras, and most streetlights are defunct. As a result, anti-social elements have a free run. They gamble and consume alcohol in the vacant quarters. There have also been a few cases of thefts, say residents.

Reshma Begum, an 80-year-old resident, said, “I have been living here since childhood, and this place has never been so unsafe. Many strangers come here just to drink and create a ruckus. We have stopped sending our children out of the houses after dark. Though there are streetlights, most of them don’t work. There are no security guards or even CCTV cameras. There will be no evidence if we are attacked or in case there is a theft.”

Earlier, this September, a 37-year-old auto driver was sentenced to 10 years’ rigorous imprisonment for raping and impregnating a Class IX student in 2016. He had committed the crime at an abandoned railway quarter in Lalaguda.

A few retired and senior railway officials said that things began changing a few years. Many employees began vacating their quarters after they started getting better house rent allowances. “But there are still many employees who reside there and they need security,” said PB Sai Baba, retired office superintendent, Lalaguda railway workshop, South Central Railway.

“At least 20-30 quarters are vacated every month, and most abandoned houses do not even have doors. Authorities should deploy railway protection force officials to ensure security,” said Sai Baba. Talking to #KhabarLive, a railway official said on condition of anonymity, “There are proposals to demolish the vacant buildings. It will happen soon, but I cannot comment further.” #KhabarLive