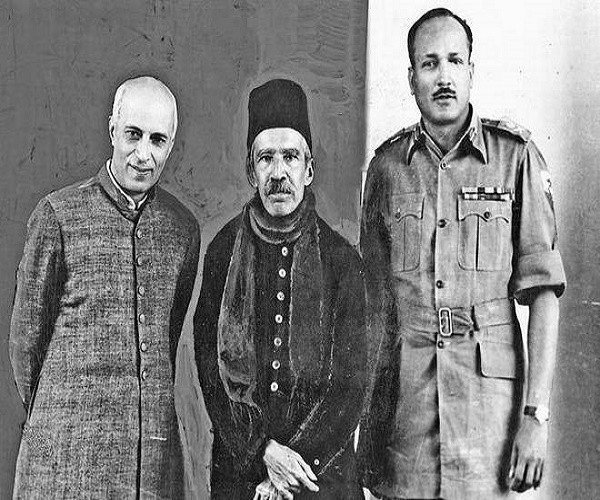 India’s diplomatic efforts succeeded in choking the supply of arms to Hyderabad, resulting in the September 17, 1948 surrender. Seventy years ago, on September 17, 1948, at noon, Hyderabad ceased to exist as a princely state after a war that lasted all of 109 hours. It would have gone on for longer had India not been able to stymie the former kingdom’s attempts to procure weapons for a protracted conflict.

Standstill Agreement
Unlike the Instrument of Accession with India signed by other princely states at the time of Independence, the Nizam nominated a three-member team to negotiate a Standstill Agreement. The Agreement signed on November 29, 1947 by Governor General Lord Mountbatten and Nizam Osman Ali Khan, specified that it would be valid for one year and that foreign affairs, defence and communications would be in India’s control while the Nizam had control over domestic affairs.

Declassified diplomatic cables between India War Office Staff, the Commonwealth Relations Office (CRO) and the UK Foreign Office, archived in the British Library, reveal that immediately after Independence, India played a high-stakes diplomatic game in London to staunch the flow of arms to Hyderabad in November 1947. This shortage of weapons ultimately forced the Hyderabad army to surrender within four days with limited Indian casualties.

The Nizam scouted for arms across the board — trying to buy them from France, tapping Pakistan for supplies and finally turning to gun runners — the role of Australia-born aviator Sidney Cotton’s role in the transport of weapons from Karachi to Hyderabad is the stuff of legends.

But the role of Indian diplomats in stalling the flow at the source is less known, carried out by hidden channels.

The British government played along with India by persuading France against selling German weapons to Pakistan, which in turn wanted to funnel them to Hyderabad.

The first of the series in the diplomatic cables sent to Donaldson at the CRO by R.H.S. Allen of the Foreign Office begins innocuously enough. “French Embassy informed Foreign Office on 1st November that Pakistan Trade Commissioner in London recently represented to French Authorities in Paris that his government urgently desired 600,000 rifles, same number of revolvers and 300,000 light and heavy machine guns from former German weapons in France. It added that, if France could not supply, his govt had other offers from Sweden, Belgium and the Netherlands,” says the cable marked Important/Top Secret by CRO.

These low bore, small arms on Pakistan’s shopping list were meant for Hyderabad. But India moved the diplomatic game a notch higher, with the persuasive but often abrasive V.K. Krishna Menon, Indian High Commissioner in London, swinging into action.

“As regards Hyderabad, it was decided that we should tell Mr. Krishna Menon, who has been bothering us (FO?) on the subject, that it is not our intention, as things stand at present, to supply arms on any abnormal scale to Hyderabad, but that Hyderabad is entitled to limited quantities of arms for the legitimate purposes of their state forces and police…” (says a cable sent again to Donaldson of CRO by FO on November 14, 1947)

An exchange of nine diplomatic cables in November 1947 and multiple jottings by officials on them, show how India managed to literally starve Hyderabad of weapons.

Another cable, sent to Gordon Walker, Under-Secretary of State (the initials are illegible) dated November 11, 1947 reads: “This shows that we must have a full and frank discussion with Mr. Krishna Menon and Rahimtoolah (Habib Imran Rahimtoolah, Pakistan’s High Commissioner) on the subject. Mr Menon constantly assumes that the UK should stop Pakistan from getting arms anywhere. ..But I confess that 600,000 rifles, 300,000 machines seems to be a lot…”

Pakistan was not just shopping for arms — it was passing around the bowl. A rather large one at that. A cable from Washington to FO on November 26, 1947, reads: “Pakistan is now trying to get a loan of 2 billion dollars from the U.S.A. of which 200 million is for military supplies. This follows their attempt to get arms from France.” On the margin is the scribbled note: “USA have told us that they are cold-shouldering this.”

By the end of 1947 — the last cable in the series is dated December 4 — India had successfully closed the official arms pipeline for Hyderabad, hampering the Nizam’s efforts to stay independent for long.

Airborne supply
Then Sidney Cotton stepped in. He was the legendary flying ace who flew the last plane out of Berlin in 1939 and pioneered aerial reconnaissance by photographing German war efforts.

However, by the time, Cotton flew into the picture to help Hyderabad, it was too late. Hyderabad could not get any fresh weapons for 11 months from the time India and Pakistan came into existence. The armed forces of Hyderabad didn’t have arms nor ammunition for training.

Cotton flew to Hyderabad in the first quarter of 1948 to meet the Nizam and got a shopping list of weapons. He quoted an amount of £20 million in cash for running the weapons. Back in London, he hired a 24-member team and bought five used Avro Lancastrians for £5000 each. Cotton’s first run of arms began from Heathrow Airport on May 11, 1948, with the first Lancastrian that halted in Basle, Switzerland, to pick up an unspecified number of Oerlikon cannons. The first shipment of weapons landed on July 10, 1948 in Warangal.

In the course of the next two months, Hyderabad received about 25,000 mortars, 1,000 anti-tank mines, 1,200 sub-machine guns from Beretta, another 3,000 sub-machine guns, 10,000 rifles, one ack-ack and six low-calibre anti-tank guns and ammunition, delivered by Cotton.

The Nizam’s Commander-in-Chief at the time of Indian pincer movement on Hyderabad was Major General Syed Ahmed El-Edroos. He writes in his biography about the 20,000 .303 rifles and other small arms and ammunition brought in by Cotton and which had Rawalpindi Pakistan Arsenal markings on them.

But the Hyderabad army, which had a strength of 17,000 soldiers, 9,000 irregulars and 362 officers, didn’t get to train on the weapons or use them on the field. Indian forces entered from the west in Sholapur and from the east near Suryapet. The war that began at 4 a.m. on September 13, lasted 109 hours and by September 17, Hyderabad surrendered.

Cotton’s last flight out of Hyderabad’s Hakimpet airstrip was on September 16, at 3 a.m. — just hours before the surrender. This time the plane was loaded with cash of about £4 million in rupees.

Cotton was also supposed to have picked up the private militia leader Kasim Razvi. Razvi headed the Majlis-e-Ittehadul Muslimeen, and created the Razakars (volunteers) force to defend Hyderabad and the Nizam. This private militia created terror throughout the kingdom and triggered an exodus of Hindus from Hyderabad and other urban centres.

But Razvi’s escape ended in a theatrical fiasco due to a misunderstanding about the flight timing. As Cotton thundered away in his Lancastrian thinking Razvi had boarded, the militia leader desperately ran behind the plane, too late to flee. Razvi was placed under house arrest and tried for sedition. He was freed in 1957 and he emigrated to Pakistan where he died penniless in 1970.

The diplomatic heat was kept up even as Hyderabad surrendered. According to a reports, R.K. Nehru, India’s diplomat in the U.S., in a radio broadcast on September 17 that was heard coast-to-coast said: “The British in similar circumstances would have marched in on the first outbreak of violence to restore order, put down the Razakars and bring the Nizam to his senses.” (This is significant because Pakistan and officials from Hyderabad were portraying India as an aggressor. And this Indian diplomat put things in perspective) #KhabarLive