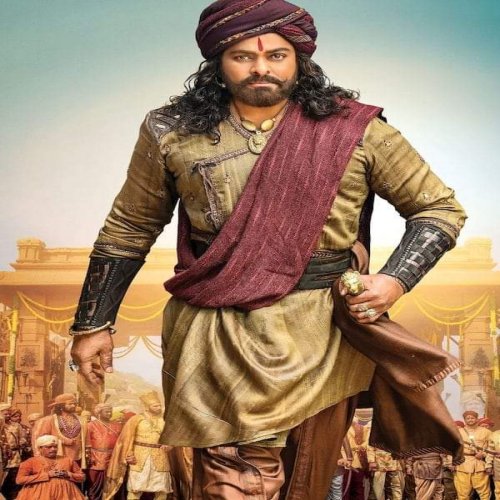 The acting legend of Telugu cinema ready to kick off his dream project with a dedication and passion. As the 65-year-old megastar is all geared up for his 152nd film ‘Govinda Acharya’, #KhabarLive takes a quick look at his four-decade-long successful cinematic journey.

Call him Konidela Siva Sankara Vara Prasad and the name may or may not ring a bell, but say Chiranjeevi or simply Megastar, and Telugu viewers’ faces will light up with a bright smile. Renowned Telugu actor and Padma Bhushan awardee, Chiranjeevi has proved his calibre in all four south Indian languages – Telugu, Tamil, Malayalam and Kannada – besides making his presence felt in Bollywood too.

Though Punadi Raallu marks his debut, films like Praanam Khareedu and Manavoori Pandavulu got released first and were successful at the box-office. Born in 1955 in Mogalturu, on the banks of river Godavari, the eldest son of late Venkat Rao and Anjana Devi celebrated his 65th birthday on August 22.

As Chiranjeevi’s father, who worked as a constable, got transferred to different places every few years, the actor spent his childhood in his native village with his grandparents. After graduating in BCom from YN College in Narasapur, he moved to Chennai to seek a career in acting. Being an NCC cadet, he was fit and maintained good health with discipline and dedication.

During his college days, he used to take part in college plays, and later joined the Madras Film Institute to improve his acting skills. A keen observer and fast learner, he was inspired by legendary actor NT Rama Rao. A natural actor, Chiranjeevi’s facial expression and interest to learn acting skills were noticed by Kranti Kumar who signed him on for Praanam Khareedu for a remuneration of Rs 1,116.

Known for his excellent time-management skills, he used to work three shifts in a day and in 1980, 14 of his films were box-office hits — a commendable feat which got him the recognition as the megastar of Telugu cinema. The 1983 release Khaidi gave Chiranjeevi the biggest break of his career, while Swayam Krishi, directed by K Vishwanath, got him a Nandi Award, and movies like Subhalekha and K Balachander’s Rudra Veena got him recognition at the national level as he bagged Film Fare and National Film Award respectively.

His 151st release Sye Raa is an epic action film based on Rayalaseema freedom fighter during the British Raj, Uyyalawada Narasimha Reddy. Married to Surekha, daughter of popular comedian and actor Allu Ramalingaiah, he is the father of actor Ram Charan, besides two daughters – Sushmitha and Sreeja.

One often hears Chiranjeevi say: “My wife Surekha is my best critic and an understanding wife.” He is considered a great strength and pillar of support to his younger brothers Naga Babu and Pawan Kalyan. Chiranjeevi is an avid photographer and prefers to click pictures of his family himself.

His acting skills cannot be matched – he even excelled in negative roles. Take, for instance, movies like Idi Katha Kaadu where he plays the role of Sugunakar Rao, a sadistic husband of actor Suhasini (Jayasudha). His powerful dialogue delivery in a negative role is unforgettable; in a scene, he says to Suhasini: “I will give a firm kiss until you remember your former lover.”

Besides being an excellent actor with 151 films and umpteen awards to his credit, Chiranjeevi is also a philanthropist who founded the Chiranjeevi Charitable Trust (CCT) on October 2, 1998, and has been carrying out many charitable works under its umbrella.

During Covid-19, many technicians and film artistes received ration and monetary help from the megastar. An irreplaceable actor, he is fondly called “Annayya” by crores of his ardent fans. #KhabarLive #hydnews