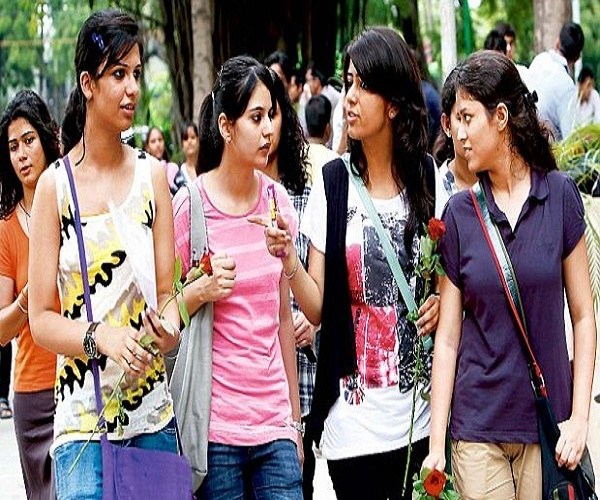 Hyderabad students are no longer limited in their options after completing Class X as schools have begun to offer courses which definitely fall in the unconventional category.

Once the Class X board exams are over and the carefree days of summer vacation end, a common conundrum that faces every student entering the high school or junior college is the question about which direction they want to go in. In the southern States at least, a student can take the road which will lead him/her to the hallowed halls of a medical school or the path to labs of an engineering college.

We may talk of change in mindsets, but, a student, till now, has been shackled by the pressure of either becoming a doctor or engineer. Unconventional career options or those that deviate from the existing setup aren’t considered a viable career choice.

So, even if the creative thoughts of a teenager pulled him/her in another direction, parents were forced to either enrol him/her in schools which offered 10+2 or junior colleges which followed the State board. This was the case in the State until a few years ago. Recently, when Vasavi Reddy, parent to a 16-year-old daughter approached a well-known school in the city to admit her daughter in the 11th standard, she was in for a pleasant surprise. The admissions coordinator informed her that her daughter had the option to cherry pick her electives across the streams of science, commerce and humanities.

“One has the facility of mixing the streams together. English is mandatory and the student has to pick four electives from any stream. At our school, there are some 60 combinations one can choose from. And, we have ensured that there is a provision for availability of the right faculty members as well,” says Donella Parker, admissions coordinator, Glendale Academy.

It’s certainly a far cry from the MPC and BiPC streams where a student can pick only one optional subject, apart from their core. The grading is also in conjunction with the format followed by CBSE. A lot of schools are offering students the chance to look further than regular subjects now, especially those that follow CBSE which is highly tuned to competitive exams in the country.

Experts in the field say that a humanities background adds an edge to those who dream of getting into the Group A services or a legal career, as it gives them more time to focus on the subject they really want to dive into. “Subjects like painting, home science, nutrition and physical education are high scoring subjects, as at least 70 per cent of them are practical-based so it gives students more time to focus on their interest.

Such a system also helps those who may not have the aptitude for maths, physics, and chemistry which are requisite for becoming an engineer,” says the administrator of an international school in Medchal area. At the moment, students entering a certain CBSE and ICSE school have to choose a minimum of five subjects, which must have English as a core subject.

So, for instance, if a student doesn’t want to study maths, physics and chemistry together, they can pick a combination where they get to study physics, history, business studies, economics and physical education. However, they can drop a subject like maths, physics, chemistry and biology only if they aren’t doing so well academically in them. Moreover, the school will also have to furnish proof to the board to that effect.

While Glendale gives students the option to pick from across the streams, it’s not so at the other schools. The three streams of Science, Commerce and Humanities remain sacrosanct, only two other subjects is where the student gets a choice. They get to pick legal studies, entrepreneurship, psychology, fashion studies, history, physical education, etc.

“Liberal arts as a concept has picked up in India as well now. A lot of universities such as Flames and Ashoka give you the choice to pursue physics, for example, and also study painting, dance or fashion-related subjects. There are no hard and fast rules there,” says the administrator of the school in Medchal who wished to remain anonymous.

At Gitanjali Devashala in Begumpet, students in tenth standard have the option of dropping maths/physics/chemistry/biology if they aren’t doing well in them and take environmental science instead. “But, we advise them not to drop maths, since it is an important subject and basic skill one must have.

This is a great time to be a student as there are so many opportunities open to them. A student was earlier stuck with a subject they didn’t want to study just because schools weren’t offering anything else,” says Madhavi Chandra, principal, Gitanjali Devashala Begumpet.

According to those in the field, parents are aware of such options, but few go for it, as 95 per cent of parents are traditionalists in their approach. “Parents whose children are studying in our school know that choices go beyond MPC and BiPC. But, many still prefer to enrol their children in State board. There is a lot of apprehension about such unusual combinations,” adds Madhavi Chandra.

Software professional Ramesh Rao is steadfast in his beliefs that only with guidance and discipline can a student get into the groove of learning and achieving their goals. “Another reason we sent our daughter to a residential junior college was the safety. My wife and I work long hours and didn’t really want to leave her alone at home.

We were also concerned that in our absence, she might be distracted by computer games, TV and chatting with friends, which is okay when it’s an occasional. It would have become a routine later on,” says Ramesh. His daughter Samyuktha who aspires to be a civil servant doesn’t really agree with that opinion, but caved in to the pressure.

“I chose history, geography and political science thinking that it would prepare me for the competitive exams at the undergraduate level itself. But, the focus is more on getting high percentage rather than understanding the subject. There is a lot of rote learning,” says Samyuktha, who has just passed out of intermediate second year.

At the household of parenting expert Varsha Ramesh, it was an easy choice for her son who is about to enter 11th standard. “He was clear from the beginning that he wanted to become an engineer so, we chose to go with FITJEE where the pressure isn’t a lot. He is a good speaker and has great communication skills so another option was law.

But, he thought of taking it up as an ancillary degree later,” says Varsha who has heard of plenty of children who have done well despite not taking regular combinations. When her daughter gets to that point, she plans to admit her in schools that will let her study English literature in depth.

In Indian society, parents like to boast of their offspring’s achievements every chance they get; it’s their way of vicariously showing other parents that their child is the perfect confluence of their gene pool. Very often, though, it comes at the cost of a child drowning under parental pressure and their bid to make something of their years spent in learning, but it’s heartening to see that schools understand this issue and are opening up other avenues for students.