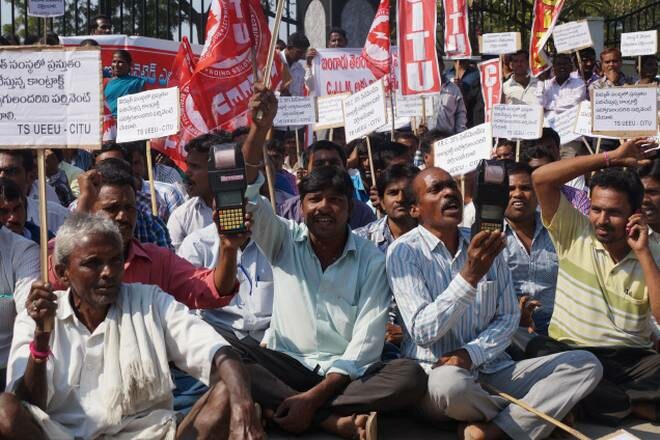 Several Employee union troubles haunting KCR government. Even as Chief Minister K. Chandrashekhar Rao is already facing the wrath of RTC employees, the Telangana Electricity Trade Unions’ Front (TETUF) is getting ready to press for its long-pending demands which may lead to power cuts.

“No effort has been made by the management to resolve the issue. The state government had promised new recruitments and had assured us that temporary employees would be regularised but everything proved to be false promises,” TETUF chai-rman N. Padma Reddy told #KhabarLive.

The electricity trade unions want regularisation of all contract labour, filling up of existing vacancies of junior linesmen, rectification of anomaly arising due to national increment, and no privatisation of the electricity sector.

A member of TETUF said that if the demands are not met, the electricity trade unions will hold a maha dharna in Hyderabad on October 23 and will support the RTC staff agitation, which will leave the state without transport or power, and if need be, will take the support of political parties. #KhabarLive