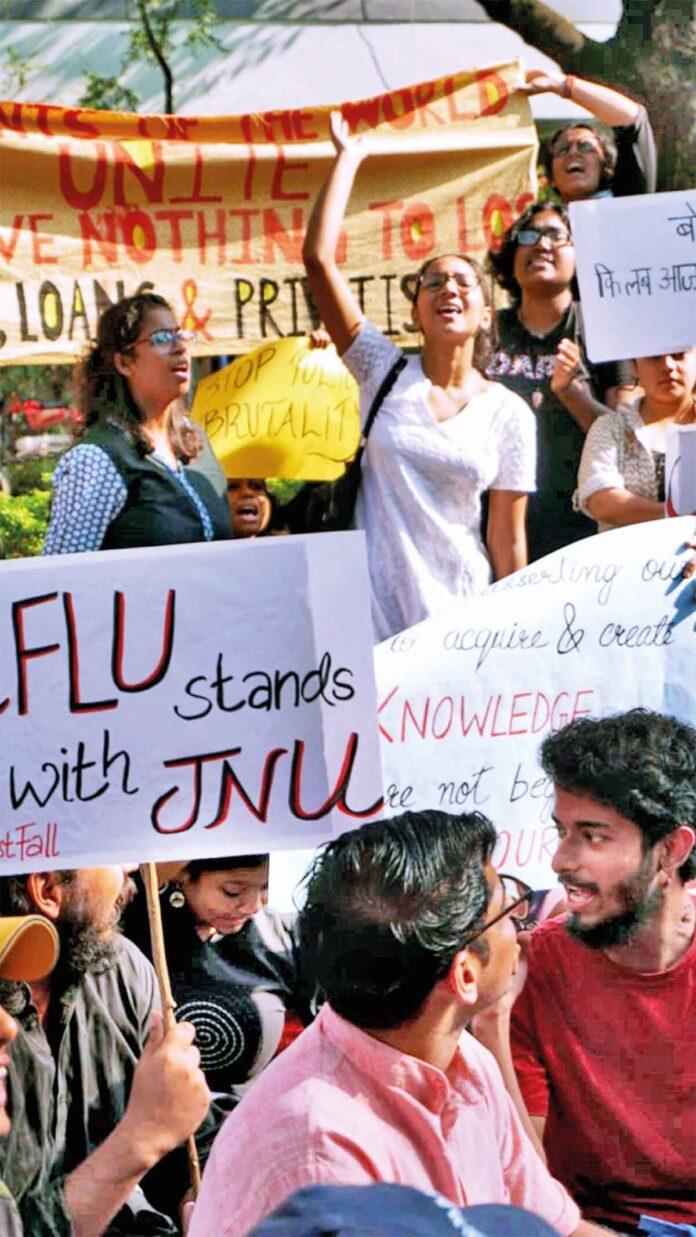 The prestigious English and Foreign Languages University (EFLU) in Hyderabad issued a circular putting a hold on academic council’s new set of rules regarding PhD admissions, registration for MA courses and evaluation of subjects in various courses.

The decision came a day after students boycotted classes and held a massive protest against the rules which, according to them, were “arbitrary and authoritarian”.

Timeline of events
On January 28, the university introduced a Bell-curve grading system, restricting students’ intake in all MA courses to only 30 seats on a first-come-first-serve basis.

ALSO READ:  Despite Many Severe Problems These Slum Residents Vow To Vote For TRS In Malkajgiri Constituency

The sit-in exams, as per the rules, are supposed to be the primary and preferred mode of evaluation for all papers across undergraduate, postgraduate, PhD and teacher education courses. Moreover, PhD candidates, who have cleared the Junior Research Fellowship exam, will be exempted from writing the entrance exam and their applications will be solely judged on the basis of an interview worth 30 marks.

According to some students, who don’t wish to be named, the college didn’t consult the students and the teachers before drafting the circular. Hence, the students decided to boycott their classes and protest against the administration, demanding a complete roll-back of the rules.

The EFLU students union, had said that the new rules would lead to an uneven competition between JRF and non-JRF candidates while defeating the cafeteria system of choosing courses, the New Indian Express reported. The bell-curve grading system, they said, would impact students’ research orientation.

The new rules, as of now, have been put on hold until further orders.

Other complaints
Students also told LiveWire that when they returned the university in the first week of January, they weren’t allowed inside because the campus was being renovated. The college, however, had not notified the students about the same.

Also, the administration makes sure that students sign stamped papers while procuring admissions. These papers mandate that students aren’t allowed to engage in activities that are deemed unfit inside campus. #KhabarLive