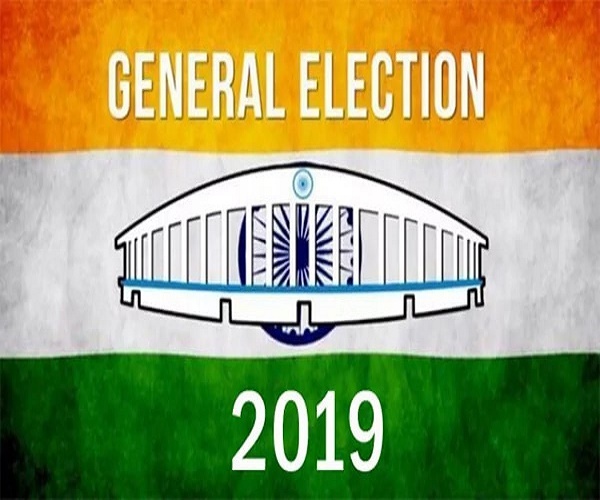 The just concluded elections to the five States indicate that the graph of the BJP and the Prime Minister Narendra Modi has taken a dip and if the trends are any indication, the regional parties would play a key role in the 2019 general elections which may be held sometime in April or May.

As we have seen in the past couple of weeks, attempts are already underway by non-BJP parties to put a united front against Prime Minister Narendra Modi’s bid for a second term. These parties have decided to focus on how the democratic institutions are being systematically destroyed and the Rafale deal controversy.

Though the Supreme Court has given a clean chit to Modi in the Rafale deal, it seems to be boiling into a more complex controversy. The court had based its judgement on the foundation that the deal was transparent and the issue of pricing was shared by Comptroller and Auditor General and the report has been shared with the Public Accounts Committee. But the PAC headed by leader of the Opposition Mallikarjun Kharge and AICC president Rahul Gandhi said it was false and the report was not shared or submitted to the PAC.

In fact, Rahul even took a dig at Modi saying that he did not know if Modi was having a PAC in France Parliament. He said the government had to explain where the CAG report was. He reiterated his charge that “Chowkidar is chor” and told the farmers that the Rs 35,000 crore that had been looted was their money and the issue would have to go before JPC sooner than later.

The Congress is in a combative mood with its success in the elections in Chhattisgarh, Rajasthan and Madhya Pradesh. These elections indicate that the vote share of the BJP has taken a dip and the Congress and other players have gained significantly.

In 2014, the BJP had virtually swept all the three States by winning 62 out of 65 Lok Sabha seats. In Telangana and Mizoram, regional parties have shown unexpected performance. These elections which were prefinals could be trend setters for the 2019 polls.

The vote share situation is the most interesting in Madhya Pradesh, which saw the closest fight between the Congress and the BJP. The Congress’ share has improved from 36.4 per cent in 2013 to over 41 per cent in 2018 Assembly polls, while that of the BJP has come down from 44.9 per cent to about 42 per cent.

The elections in the northern States have clearly brought out the people’s disenchantment with the way the Prime Minister Narendra Modi failed to deliver on his promises across the country.

There is a general feeling that Modi had failed to live up to the expectations and had also failed in delivering the promises that were made before the elections. The angriest section appears to be the farmers. The BJP led NDA government was always against loan waiver. It had also failed to help them with any alternative scheme.

The way the Opposition parties are making quick moves to unite all anti BJP forces has already sent a message clear and loud across the country that they are not happy with the various decisions the government had taken during the last four-and-a-half years.

The main line of attack by the anti BJP forces is going to be on agrarian issues, GST and unemployment. This would be at the national level and when it comes to Assembly elections which would be simultaneously held with Lok Sabha polls, local issues would be added to the national campaign.

Analysts however say that the BJP is now thinking of announcing loan waiver scheme for farmers. But the question is, will the farmers take the bait? They may also bring petrol under GST, it is being speculated. If the party and the government which opposed loan waiver scheme takes a ‘U’ turn and that too on the eve of elections, it will not be easy for them to convince the farmers.

It would also expose the nervousness of the BJP. However, whether it is the people’s front in making, or leaders like Modi or Rahul Gandhi should remember that loan waiver is only a temporary measure.

Along with it taking permanent steps like increasing minimum support price and announcing it in advance and implementation of various recommendations like Swaminathan committee report etc are more important if they have to win the confidence of the farmers and retain power five years from now.

ALSO READ:  Now, Relief For Indian Techies As US Says No Change In H-1B Extension Policy

We have seen that the NDA government led by Narendra Modi which four and half years back was seen as most progressive government with practical ideas and promised good governance with cooperative federalism as its policy had failed to implement it in practice.

The parties which want to defeat the BJP government should also understand that the target should not be only to defeat the BJP but bring qualitative change in various sectors and also ensure that the level of satisfaction among the beneficiaries was high as a result of the schemes they propose to implement.

Similarly, any party or a consortium of parties that come to power at Centre or the parties that would come to power in States should focus on good governance and treat the Opposition with equal respect. In fact, any government that comes to power should instantly forget all the rancour and should put politics on the backburner and concentrate on governance.

But unfortunately, the trend of politics of vendetta continues whether it be at the national level of the State levels. Even leaders who have been claiming to make serious efforts to bring revolutionary changes in Indian politics and want absolute powers for the State are not willing to give up tit for tat attitude.

The political parties should also understand that they need to change a lot. Just because they lost the election, they will not play proactive role should not be attitude. The general tradition in any democracy is that the Opposition follows certain protocols and exhibits to the world that they have a positive attitude towards politics and development.

They should participate in all important governmental functions like Republic Day or Independence Day celebrations, oath taking ceremonies or any other national or State functions. But this system is not being followed by the present-day political parties and this trend had seeped into the political arena in the last two decades or so. The ruling party and Opposition see each other as arch rivals.

This has led to lack of healthy debates and unruly behaviour of the parliamentarians when the Parliament or the Assemblies are in session. They tend to approach every issue with negative outlook. “Only I am the greatest and the best,” attitude should be given up.

We have seen that in States like Tamil Nadu where politics are fought bitterly between the two parties DMK and AIADMK during elections, solidarity is exhibited when it comes to promoting industries whosoever may be in power. The leaders of both the parties display unity in Parliament on issues pertaining to State. That is one of the reasons why Tamil Nadu has so many manufacturing units. No ruling party likes to take Opposition into confidence and no party in Opposition will ever agree with any proposal or scheme of the ruling party.

The result of this is, political parties and politicians gain at the cost of the common man who continues to suffer despite paying high taxes. Those who head the political parties when in power talk of the schemes they introduced as if they are doing a great favour towards the people.

They have been elected to serve the people. Instead, they start talking and behaving as if they still are in the era of kings and people are at their mercy. Whatever be the outcome of the 2019 general elections and whichever consortium of parties comes to power, it would be naïve to think that revolutionary changes would take place in the political system. Hence the voters should carefully weigh the pros and cons and promises of every party and exercise their franchise so that the country will get at least some percentage (even if it is miniscule) of good elected representatives. #KhabarLive