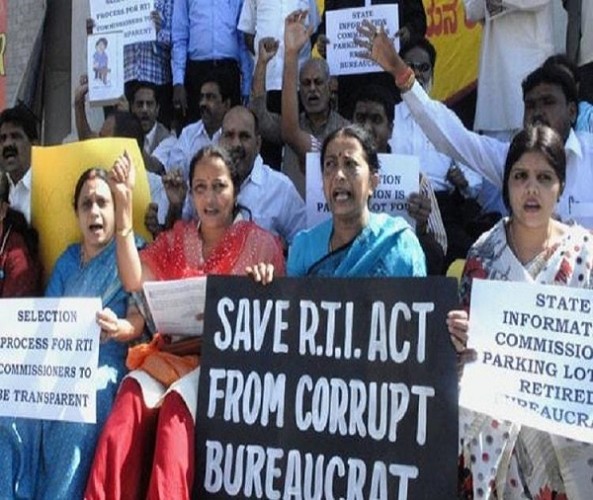 Activist Shabaz Khan Ameer was assaulted by the staff at the Hyderabad Metropolitan Water Supply and Sewerage Board (HMWSSB), Goshmahal office, he alleges. He claims the assault took place on October 1, but despite his complaint, the Begum Bazaar police have allegedly refused to file an FIR.

Ameer, a former city contractor and social activist, had filed an RTI with seeking details related to civil contract works awarded during the year 2012-13 for the Goshamahal Division 1 and other surrounding localities.

In response to his RTI, the Public Information Officer of the Goshmahal division wrote to him asking to visit the office. Ameer claims he visited the office seeking a response to the RTI but was instead asked to withdraw the RTI application by the PIO’s staff, which he refused. This was followed by an argument that ended with Ameer being slapped multiple times on October 1, he said.

ALSO READ:  Why 'Moving Houses' During Covid Pandemic Is An Ordeal In Hyderabad?

“I went to Begum Bazaar police station that day itself and told them what happened. I asked them to register an FIR against the staff, but the police were uncooperative. They took the side of the officials,” Ameer told #KhabarLive.

“It was I who went to file the complaint but the police said they would book me for being a troublemaker. I reached out to media as they have been refusing to accept my written complaint against the officials since last 18 days,” he added.

When #KhabarLive contacted the Begum Bazaar police, they claimed no such complaints had officially been registered at their police station and couldn’t recall any such incident being reported.

The General Manager for the Goshmahal division is Mohammad Khader Mohiuddin, is also the PIO who asked Ameer to visit the office.

“The General Manager of the Goshamahal division had released bills for the work done during the period 2012-13 in August this year. I suspected that these bills have been issued despite no work being done. Each bill can be cashed for Rs 20,000 to Rs 50,000.

The new GM who took charge in February this year has a history of being corrupt and was even jailed once for his corrupt activities. I was trying to get proof through the RTI,” alleged Ameer while speaking about his RTI application.

But Khader said that Ameer was insolent with his staff. “I was not there in office at the time. He was behaving rudely with the staff and that led to him being assaulted at my office,” Khader told #KhabarLive. “There is no truth to the allegations of corruptions being raised against me by this person,” he added.

The official, however, admits that he was involved in a corruption case in 2004-05 and has since then been facing Rs 10,000 cut in his monthly salary as recovery for misusing civic body funds. “That was an old case, and is not relevant today,” Khader added. #KhabarLive