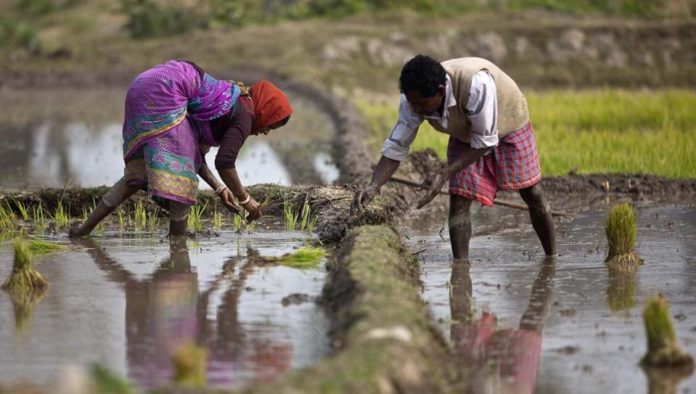 Depleting water tables due to excessive use of ground water is a major concern vis-à-vis the sustainability of farming in India.

“India’s agri-exports potential is as high as $100 billion against current exports of $ 30 billion”, said finance minister Arun Jaitley in this year’s budget speech. He also said that the government will further liberalise agricultural exports to achieve this potential. Most people will welcome such statements.

Exports can be a big opportunity to enhance farm incomes in India. India’s agricultural trade regime is often accused of having a pro-consumer bias. When prices increase, export restrictions and lower import duties are used to control inflation. Domestic consumers gain but the farmer loses out on gaining from these cyclical movements. There is no bailout for the farmer when prices crash in domestic markets.

There are good reasons why a liberalised export push in agriculture might not be an unambiguous good. These are related with issues of long-term sustainability in agriculture and domestic food security concerns.

What is the biggest component of India’s agricultural exports? Spices, tea, cotton etc.all come to mind. The correct answer, however, is rice. Between 2006-07 and 2016-17, rice alone accounted for around 17% of the total value of India’s agricultural exports. More than half of our rice exports are of the basmati variety. Many farmers and exporters must have gained from the sharp rise in India’s rice exports.

These exports, however, entail a huge cost for the environment. Rice production uses a lot of water. In a 2016 Mint article, I used data from the Water Footprint Network – a global network on water related issues – to estimate that 10 trillion litres of water went into the production of India’s basmati exports in 2014-15. The story also pointed out that India was among the largest virtual exporters of water via agricultural exports.

Depleting water tables due to excessive use of ground water is a major concern vis-à-vis the sustainability of farming in India. Exporting more and more basmati rice without thinking of its environmental repercussions is not going to help matters. It would only hasten the destruction of agricultural ecosystems. #KhabarLive