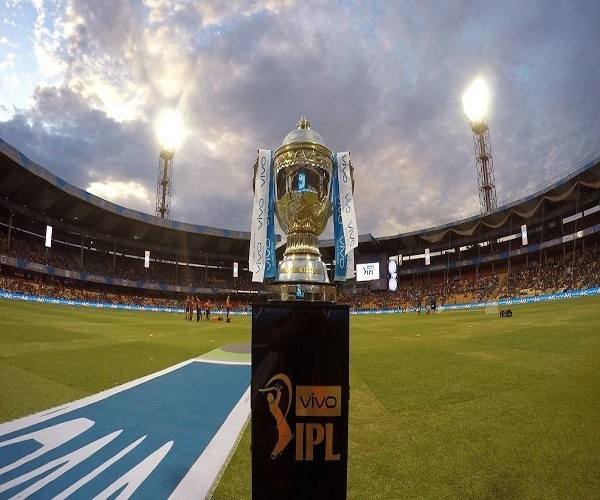 What is unlikely to change, though, is the competitiveness of the league. Especially with teams resetting, reassessing their squads, the new season – on paper – has the feel of anyone’s-title-to-win about it.

Here’s a look at the one big question facing each of the eight franchises ahead of the tournament opener on Saturday.

And we start with…

Ten years, three finals, no title to show for consistently having some of the biggest names in world cricket. Star power has never been in short supply for the Royal Challengers Bangalore franchise, but an incomplete squad (read: missing a strong bowling lineup) has invariably put paid to their ambition winning the coveted IPL trophy.

This time around, however, they have the best all-format player in world cricket leading them once again, but with one important change. A squad rebuilt from scratch, and presumably one that Virat Kohli had a lot of say over.

Kohli is known to be a hands-on captain who thrives under an environment where he has complete control over, and this year he will have it. An explosive batting lineup, two of the best short format Indian spinners on current form, and a dependable fast bowling attack – Kohli has the weapons.

It’ll take a screw up of… well… RCB’s proportions to not be in the playoffs this year. It’s been said before, but if RCB do not do enough to win the title this year, they’ll have only themselves to blame.

These are some of the names that have been part of the Delhi Daredevils franchise in the last 10 seasons. Some of the best players in the game, close to their peaks in most cases, yet DD never managed to get anything close to the best out of them.

One of those names, though, is back this time around. Delhi have Gambhir as their captain – a mistake of the past that has now been corrected, and the franchise would be hoping it’s not too late. The two-time trophy-lifting Delhi man, Gambhir has the services of Ricky Ponting as coach for the upcoming edition. That, right there, is as solid a platform as any to build a successful team with.

For Delhi though, it’s more than just building a good team. It’s about building a team that the fans in the city can identify with and get behind. It’s not uncommon to see visiting teams get louder cheers at the Kotla than the home side, this year is a chance to change that.

Is nostalgia powerful enough for CSK?
If the scenes at the MA Chidambaram Stadium during the practice sessions are anything to go by, the city of Chennai simply cannot wait to welcome their beloved franchise back in the IPL. The turnout was definite proof that CSK, despite the two-year enforced absence, remain one of the most loved franchises (if not the most) in the league and they will be welcoming the core group back in MS Dhoni, Suresh Raina, Ravindra Jadeja and Dwayne Bravo.

But here’s the question. As strong a feeling nostalgia is in sport, we are talking about four cricketers who are not exactly setting the cricket field alight right now. Dhoni is a wonderful captain and a wicketkeeper par excellence, but his exploits as a T20 batsman are not too frequent these days. Raina has done well since his comeback to the Indian side but is not the same force he was two years back in Chennai’s colours. Jadeja no longer figures in India’s white-ball plans. And Bravo has had his share of injury troubles.

How big an impact will Warner’s absence have on SRH?
From arguably the most aggressive guy in world cricket, to one of the nicest guys around – it’s a sea change for Sunrisers Hyderabad when it comes to their captaincy this season as David Warner makes way for Kane Williamson.

Whatever may be said about Warner’s role in the Australian team, there was very little doubt that he fit right in at SRH as the captain. He was considered a strong leader, one that his teammates looked up to, one who led from the front with the bat. SRH will miss Warner the captain as much as Warner the batsman, considering the volume of runs he has scored for the top-heavy batting lineup over the past two seasons.

It won’t be an exaggeration to say how the 2016 champions cope without the Australian’s services will define their campaign.

Moneyball? Underdogs? What is that? The Royals have moved away from that on their return as they have assembled a squad not lacking in star power compared to any other team.

When the IPL’s decision to ban Warner and Steve Smith was announced, the general feeling was that the Royals would be the lesser-affected by the move. For starters, Smith has barely played the shortest format in the past year – the last T20 game he played was in the IPL last year, when he saw his Rising Pune Supergiant fall short off the title by the closest of margins.

Smith, though, wouldn’t be that big a miss for the Royals given the talent at their disposal and an opportunity to test Ajinkya Rahane’s untapped captaincy potential.

When they won in 2008, it was seen as the wildest of surprises. They are by no means the favourites this time around but having changed their tune from starting off as underdogs to splurging on big names, it remains to be seen if the new strategy pays off.

Will the auction come back to bite KKR?
When it became clear that Kolkata Knight Riders were letting go off Gambhir as their captain, you would think there was a clear plan in place from the think-tank to move forward. Their two star West Indian all-rounders were retained (yes, Sunil Narine is an all-rounder. Did you not see the IPL last year?) but apart from that the franchise had a largely underwhelming auction.

They are probably sitting comfortably in their chairs today after Dinesh Karthik’s heroics in the Nidahas Trophy tri-series final made the powers that be look like geniuses – but truth be told, the squad has a haphazard feel to how it was put together.

They spent half their allotted purse on four players on the first day of the auction – Rs 9.6 crore on Chris Lynn, who they could have retained; Rs 9.4 crore on Mitchell Starc, whose injury-prone body has struck again, Rs 7.4 crore on Karthik and Rs 6.8 crore on Robin Uthappa. What that strategy meant was they were tentative for the rest of the auction and ended up with just 19 players in their squad. And now they have lost Starc as well.

If KKR do end up having a disappointing campaign, get ready for fingers to be pointed on those two January days.

Can Mumbai Indians pull off a CSK?
Predictable retentions, mostly predictable buys during the action – Mumbai Indians have not really set the excitement meter buzzing with their recruitment ahead of the 2018 season. The most successful IPL franchise, with three titles in the last five years, Mumbai will set out to achieve what only CSK have managed so far – winning back-to-back titles.

Defending the championship is not the easiest of tasks in a league as competitive as the IPL given how much franchises invest in their teams, especially after an unsuccessful season. What CSK achieved in 2010 and 2011 was based on a solid core group of players with a captain at his peak – something that MI do have in their arsenal this time around. But apart from the core group, there is a feeling Mumbai Indians might end up falling short due to a lack of batting firepower.

Will Ashwin end up confusing himself as KXIP’s captain?
Ravi Shastri once famously said R Ashwin’s brain is like an astronaut’s. You only have to listen to him talk about his technique and his plans to know that his mind is always in overdrive. And true to that, his initial interactions with the press have conveyed that, as captain of the Kings XI Punjab, Ashwin will experiment with his lineups a fair bit. Add Virender Sehwag to the mix, and KXIP instantly become one of the most intriguing teams to follow this year.

But here’s the thing – captaincy experiments have not gone down well in the past with Punjab (remember Glenn Maxwell?). While Ashwin is not quite the maverick Maxi, all the talks of expecting the unpredictable from his team – including his own array of leg-spinners – could end up either gloriously clicking or hilariously failing.

Either way, keep an eye on Punjab. It promises to be dramatic. #KhabarLive