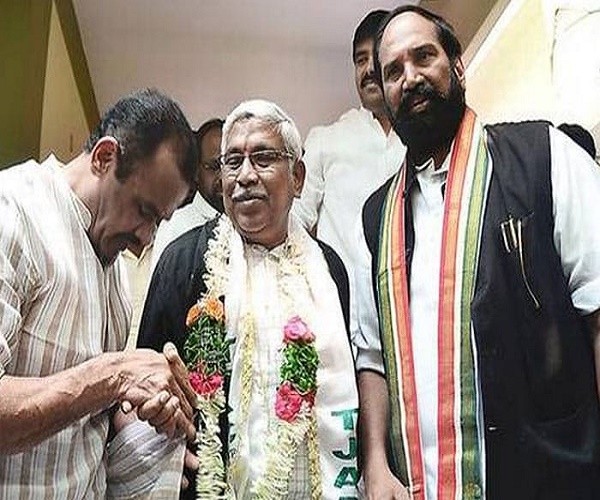 As the poll bugle sounded by Telangana Chief Minister K Chandrasekhar Rao is getting shriller with each passing day, the opposition parties (excluding the BJP and AIMIM) are leaving no stone unturned to make use every option they have.

Soon after dissolving the Telangana Assembly, KCR took everyone by surprise by announcing the TRS candidates for 105 Assembly segments.

It is learnt that opposition parties in Telangana are planning to form a grand alliance to fight the poll battle against KCR. For the first time in the TDP’s history of 36 years, the party is reportedly coming forward to join hands with the Congress to form alliance. This has surprised everyone.

According to political pundits, the TDP, the Congress, Professor Kodandaram’s Jana Samithi and the Communists may come forward to form an alliance in the elections.

The plan and agenda of the grand alliance is intended to defeat KCR. As part of this, the Congress and the TDP planning to form an alliance. By keeping party priorities aside, the parties have decided not to be too adamant during consideration of seats allocation.

The TDP believes that it has firm grim in a few constituencies in Hyderabad, Ranga Reddy, Medchal, Warangal and Khammam. #KhabarLive