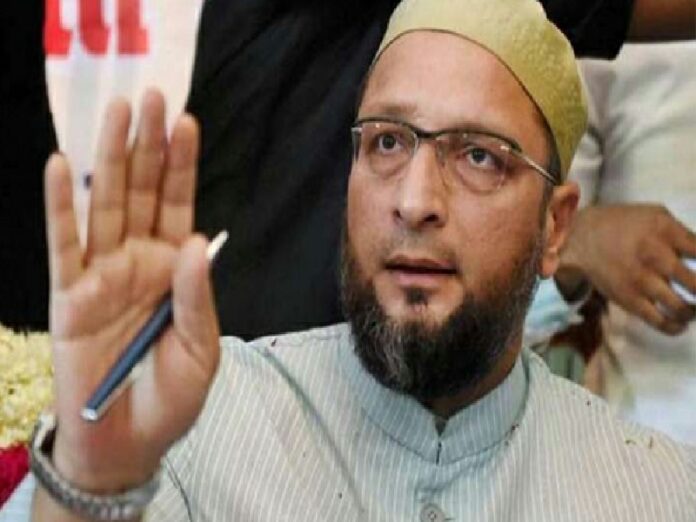 How else would one explain the fact that a political outfit, brandishing secular credentials, could hurt the prospects of another secular front that too in the name of defeating an alliance driven by a party with religion-based ideology?

While the fallout has been interesting, it would most likely have far-reaching consequences on the existence of secular forces whenever, particularly at a time when polarisation of votes in the name of religion has become the norm rather than the exception.

This was witnessed in Bihar where the AIMIM is being blamed for the secular alliance sitting in the Opposition, despite the BJP-led NDA facing massive anti-incumbency.

The Bihar results also throw up some pertinent questions — What should be the prime responsibility of a political party whose base happens to be religious? Is it to strengthen the hands of other secular forces, or try to project itself as a separate and better unit?

It’s obvious that the AIMIM has opted for the latter, much to the chagrin of the secular forces. While this chagrin may be understandable, it’s not unexpected.

Ever since BJP senior Venkaiah Naidu ridiculed it for calling itself as ‘All India MIM’ when its presence was limited to Hyderabad, the party has slowly but surely worked to spread its wings.

This vigorous expansion has led to success for the AIMIM in Maharashtra and now in Bihar. Riding on the Bihar results, the AIMIM has made it clear that it would field candidates for the forthcoming Assembly elections in West Bengal and Uttar Pradesh.

This announcement has ignited a nationwide debate over the impact on secular forces, considering the fact that the BJP, which wears its Hindutva identity on its sleeve, has captured most of the country.

No one can deny the fact that the AIMIM’s growing presence is the byproduct of a conducive atmosphere — the same atmosphere has made the BJP such a hegemonic force.

Thus far, the AIMIM has been considered a secular party by other political parties in the country, particularly the Congress, since it championed the cause of Muslims. However, the Hyderabad-based party was also called communal and a mirror image of ideology-based outfits like the RSS, in other words, the BJP.

Even TRS president K Chandrasekhar Rao once described the AIMIM as a secular political force, adding that its name points out that it is an organisation working for the rights of Muslims, a fact that is allowed by the Constitution.

The AIMIM functions quite differently from others — it relies more on the way it influences people and ruling parties.

Right from the days of undivided Andhra Pradesh, every Chief Minister, with the exception of N Kirankumar Reddy, has conceded to the demands made by the AIMIM, including on seat sharing. The AIMIM tactfully drove away potential allies who posed a threat to its own candidates in some seats by influencing leadership of those political parties.

In one such incident, The Congress had to deny the ticket to its sitting MLA Danam Nagendar from Asifnagar in the 2004 Assembly elections only because of the pressure exerted by the AIMIM. It’s a different matter that Nagendar joined the TDP and successfully contested from the same seat.

Despite such ‘inconveniences’ caused by the AIMIM, its allies continued the relationship and ignored the protests by their own cadre. The reason was that most parties believed that offending the AIMIM would drive away the Muslim voters.

This is reminiscent of the style of functioning of the Muslim League headed by Muhammad Ali Jinnah who believed that his party should be the sole representative of Muslims in Indian politics and opposed Muslim representation in the Indian National Congress.

Prior to delimitation of constituencies, the Hyderabad LS seat had four Muslim dominated Assembly segments in the Old City and three segments in rural pockets (Tandur, Chevella and Vikarabad) which were dominated by Hindus.

As per a understanding, the Congress would field a Hindu candidate and split the vote, ensuring the win of the AIMIM.

After delimitation, all Assembly segments in the Hyderabad LS constituency is dominated by Muslims, more or less guaranteeing the seat to the AIMIM.

Now with the AIMIM making it clear that it would contest the West Bengal Assembly elections, its rivals for the Muslim votes are worried while the BJP is quite excited.

After all, polarisation works to the advantage of both the BJP and the AIMIM.

But the question remains whether the AIMIM is doing the right thing in splitting the secular vote. This is something the AIMIM has to ask itself.

Perhaps the AIMIM may be forced to introspect after the results of the forthcoming GHMC elections come in. #KhabarLive #hydnews