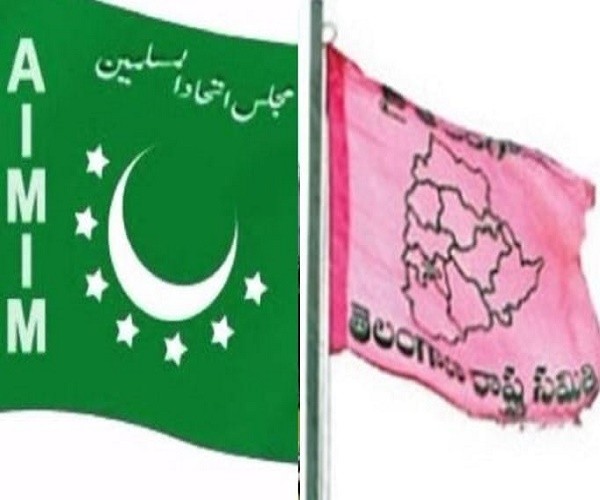 All India Majlis-e-Ittehadul Muslimeen (AIMIM) president Asaduddin Owaisi’s declaration that the party would like to win more seats in the 2019 elections will upset the calculations of the ruling Telangana Rashtra Samithi (TRS) for the upcoming polls.

AIMIM and TRS have already reached an understanding to face the next elections as friendly parties. According to sources, TRS had informed AIMIM that it would get the support of TRS in the seven assembly seats it holds as of now. What is expected from the AIMIM is obvious – support from other constituencies.

It is based on such an unwritten deal that chief minister K Chandrasekhar Rao recently declared with confidence that it would win 106 out of 119 seats. In the 2014 elections, the TRS had won 66 assembly seats and 17 parliament seats.

Recently, the party president Asaduddin Owaisi declared the aim of AIMIM was to win more seats in the next polls. In the 2014 elections, it had contested four Lok Sabha and 21 assembly seats in Telangana but won only the Hyderabad Lok Sabha seat and seven assembly seats.

In the light of Owaisi’s statement, coming to a decision on seat-sharing with AIMIM will not be easy for TRS as it will not be willing to allow AIMIM to increase its tally. TRS had won the GHMC polls with a majority winning 99 out of 150 wards, upsetting AIMIM calculations.
“AIMIM has understood that TRS is formidable.

It is in its own interest that it should accept the support of TRS in the seats it holds now. If it makes demands for more seats, it will not be met by the party,” a senior TRS leader told #KhabarLive. “The TRS government is working for the welfare of minorities. Muslims are in favour of TRS and not AIMIM,” a TRS leader said. #KhabarLive