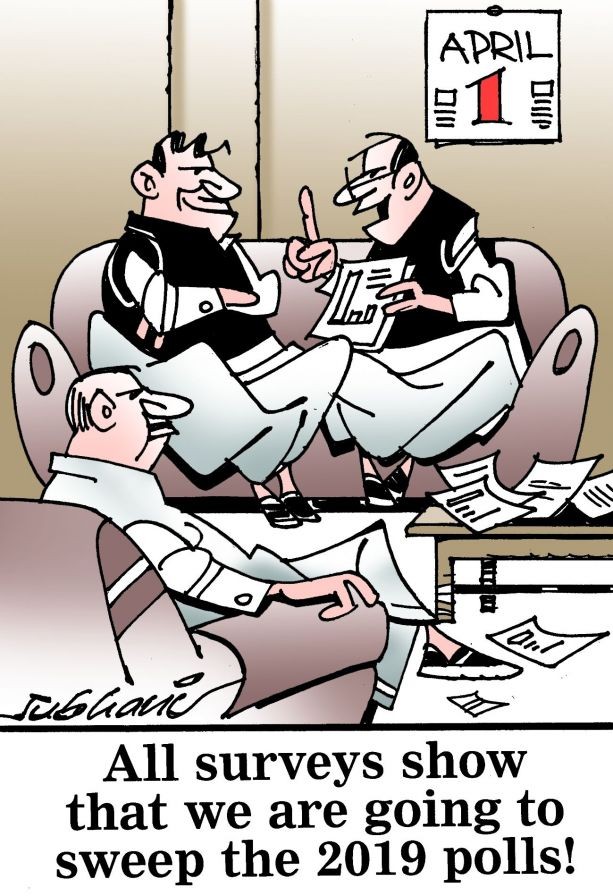 After a long long while, Opposition parties in Uttar Pradesh have found something to celebrate. The SP-BSP alliance is still on a high from beating the BJP in the by-polls of Gorakhpur and Phulpur. What sweetened the victory further was that while the Gorakhpur seat was earlier held by CM Yogi Adityanath, Phulpur was vacated by the deputy chief minister of Uttar Pradesh, Keshav Prasad Maurya.

Both the seats are now with Samajwadi Party, which had fielded Pravin Nishad from Gorakhpur and Nagendra Pratap Singh Patel from Phulpur. The celebrations are far higher in decibel than the magnitude of the win itself, coming as it has in by-elections. The reason for this is that many in the Opposition camps are looking at the victory of non-BJP candidates as a trailer to what is about to happen in the 2019 Lok Sabha elections.

The arguments being presented by journalists, political commentators and election analysts is that the results of these by-polls show the anger and frustration among the masses against the incumbent BJP government, both at the Centre and in the state. The Gorakhpur seat had been with the BJP for more than two decades and was represented five times by CM Yogi himself.

The SP-BSP coalition had probably not even imagined before the by-elections that they would not only win both the seats, but win by a considerable margin. The parties have outperformed their own expectations, though after a victory, no candidate or party admits to this, instead sticking to the line of “we always knew that we were going to win, the people are with us”.

While this was the story in UP, the results in Bihar by-elections on one Lok Sabha seat of Araria and two Vidhan Sabha seats in Jehanabad and Bhabua also surprised many. The BJP could only win the Bhabua seat, while the RJD (Rashtriya Janta Dal) retained the Araria Lok Sabha seat and won in Jehanabad.

The question now is, do these regional parties’ victories have any significance in the run-up to the 2019 Lok Sabha elections? The answer is both yes and no.

Yes, because the defeat of BJP in its stronghold has shown that the party is not at all “undefeatable”. If the Opposition plays its cards well and makes strategic alliances, like the SP-BSP made this time or when RJD-JD(U) came together in Bihar, their chances of winning go up considerably.

The second answer is “no”, because General Elections 2019 are more than a year away. Many things can change in this time. Also, by-poll results cannot be trusted as a definitive indicator of an “anti-BJP” wave – an important factor to keep in mind is that the party has not lost Assembly elections in any state where it was the incumbent.

Had the BJP lost any state that it was ruling, it would have made a major dent on their success story. But so far, the BJP has managed to retain all the states it has been ruling either as the sole party or as the senior alliance partner. If the undercurrents in the political landscape in India are indeed changing, one expects them to be manifested in the upcoming elections in Madhya Pradesh, Chhattisgarh and Rajasthan.

In all three states, the BJP is in power. Barring Rajasthan, where the trend is for power to change hands every five years, MP and Chhattisgarh have been with the BJP for nearly one-and-a-half decades now. Shivraj Singh Chouhan and Raman Singh are very strong political leaders in their respective states. It would be a big surprise if the BJP loses here, and that would be an actual sign of the party’s decline.

The other reason why Rajasthan, MP and Chhattisgarh matter so much is that all three are states of the Hindi belt, which the BJP swept in the 2014 Lok Sabha polls, propelling it to power with its formidable majority. Therefore, these are the states to look out for in order to make an assessment for the 2019 General Elections.

Karnataka elections can’t be included in this list, because Congress is the incumbent party there. Therefore, if the Congress comes back to power, the result would just imply the maintenance of a status-quo. However, if the BJP wins there, that would be a vote against the incumbent Congress.

One could argue that the Opposition parties have indeed defeated an incumbent BJP in the by-polls in UP, and their victory should not be downplayed. The simple answer is, these are by-elections. Winning a state election is a different ball game, General elections a wholly different challenge altogether.

To sum up, though the BJP has lost the by-elections, it is not time yet for the Opposition to celebrate, at least till they defeat the BJP in those states where it is in power. The next one year would be the litmus test for all the Opposition parties, and if they don’t do well, they would be facing very tough times ahead. #KhabarLive