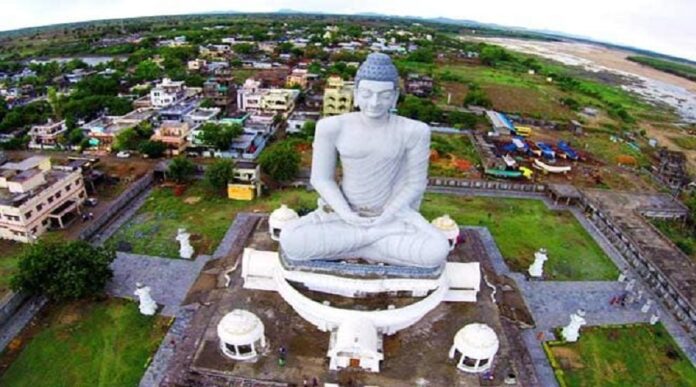 In Andhra Pradesh’s ruling YSRCP and the main opposition, TDP has been trading barbs over the ongoing protest in Amaravati against the government’s three capital move. With the protest continuing even after 250 days and the TDP trying to mobilize various groups to further intensify it, the YSRCP has stepped up attacks calling the stir a hoax.

The political slugfest has gathered momentum at a time when the three capital case is being heard by the High Court, where more than 50 people have filed petitions seeking a stay on the government’s move to shift the administrative capital to Visakhapatnam and the judicial capital to Kurnool.

TDP along with the left parties and some people’s organizations are working overtime to ensure that the farmers, women, and other groups intensify their protests in various villages in Amaravati.

On the other hand, the ruling party leaders have alleged that TDP president and former chief minister N. Chandrababu Naidu is running the protest to protect his ‘real estate’ interests in Amaravati.

“The agitation for retaining Amaravati as the sole capital is nothing but a hype created by Chandrababu Naidu and vested interests who fear that their real estate business would be lost,” said YSRCP leader Ambati Rambabu.

The legislator alleged that Naidu was fooling people by claiming that some 85 people had died in the agitation and that farmers would be losers if Amaravati was not retained as the sole capital of the state.

“People in Amaravati know who the agitators are, as they are real estate owners backed by Naidu and supported by their favoured media houses,” he said.

He called it a vicious campaign by Naidu to help his supporters gain a good price for their land. He claimed that there was a big land scam in Amaravati during the previous TDP government led by Naidu as he created hype to jack up the land prices.

“Naidu and his benamis had bought hundreds of acres of land here and we’re expecting a windfall through it,” he said.

YSRCP leaders point out that their government was conducting a probe into the Amaravati land scam and said the accused would be brought to book soon.

The ruling party leaders are also trying to project Naidu as ‘anti-north Andhra’ for opposing Visakhapatnam as the administrative capital.

They are also targeting the Left parties for supporting TDP in the Amaravati protest. MLA Karanam Dharmasri slammed the CPI and CPM for supporting the agitation backed by Naidu and his benamis and acting contrary to the ideology of Karl Marx.

The YSRCP leaders stepped up attacks on the TDP after the latter started to intensify the protest.

Terming Amaravati as one of India’s longest agitations, Naidu slammed the Jaganmohan Reddy government for pushing ahead with the three capital plan without the approval of the people.

The former chief minister alleged that the YSRCP was afraid of seeking a fresh mandate, a clear indication of how the people’s mood was strongly against the capital shifting. He said the ruling party had not come forward to accept the TDP’s challenge to dissolve the Assembly and seek re-election on the three capital move.

The leader of opposition said that the protests would continue till the government withdrew its ‘evil’ plan to destroy their dream capital.

The agitation for keeping Amaravati as the one and only capital of Andhra Pradesh began on December 18 last year after Chief Minister YS Jaganmohan Reddy announced the three capital plan in the Assembly.

The state cabinet on January 29 approved the capital shifting, leading to intensifying of protests in all the 29 villages of the Amaravati capital area.

The TDP leaders claim that over 29,000 farmers in all these 29 villages sacrificed their 34,000 acres of ancestral property to the cause of developing Amaravati capital for the entire state.

The agitation continued through the Coronavirus lockdown. Farmers, women, youth, and others have been taking part in the agitation by duly following the Covid-19 restrictions.

The approval of the Bills paved the way for shifting key capital functions from Amaravati.

The government plans to develop Visakhapatnam as the executive capital. With the shifting of the offices of the Chief Minister, Governor, ministers, and secretaries to the coastal city, it will become the seat of power. The government has decided to develop Kurnool as the judicial capital by shifting the High Court there.

Amaravati, which was originally planned as the only state capital and a world-class city, will serve as mere legislative capital.

Dealing with the petitions filed by farmers of Amaravati and others challenging the two Bills, the Andhra Pradesh High Court has ordered a status quo till August 27.

The then TDP government headed by Chandrababu Naidu had embarked on mega plans to build Amaravati on the banks of Krishna river as the dream capital and a world-class city.

However, all the construction activity, which was at its peak before elections last year, came to a grinding halt with the change of guard. The new government also terminated all agreements including those with the Singapore companies. #KhabarLive #hydnews