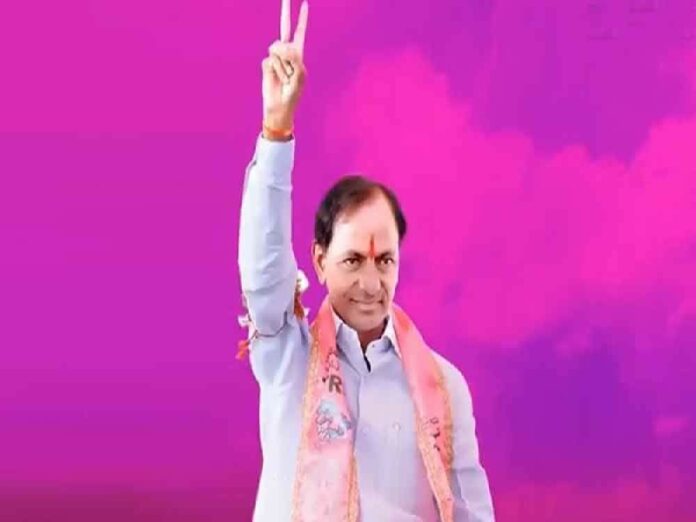 As Telangana Chief Minister K Chandrasekhar Rao completes two years of his second term as Chief Minister, #KhabarLive takes a look into his achievements and milestones of TRS government.

The State Government had completed major projects like Kaleshwaram, Mission Bhagiratha and Mission Kakatiya which were started in the first term of the TRS rule. The Kaleshwaram project costing more than Rs 1 lakh crore followed by 98 per cent execution of the Mission Bhagiratha and Mission Kakatiya are aimed to provide safe drinking water to every household and revive all water bodies and tanks to rejuvenate the rural economy. For the first time, under the Kaleshwaram Project, Godavari waters reached the last Ayacut in Suryapet district.

The Government is also mulling to fulfil the main promises made in the TRS election manifesto in 2018 elections which includes providing unemployment dole to all jobless educated youth, reduce the age limit to avail Aasara pension from 65 years to 57, establishment of food processing unit in every Assembly segment and completion of work of all two bedroom houses for the poor.

Despite the corona pandemic playing spoilsport on the financial aspect, KCR took all necessary measures to see that the welfare benefits to the needy did not face any hurdles.

IT and Industry Minister KT Rama Rao’s unstinted efforts to promote Telangana as the hub of industries also yielded desirable results. The world’s biggest Amazon campus with an investment of Rs 20,760 crore is coming up in Hyderabad. The unique Electric Vehicle Policy unveiled by the government is already attracting huge global investments.

The Government’s policy to expand the IT industry to the Tier 2 cities is drawing good response from the IT companies.

Among other measures taken by the government were to increase the Rythu Bandhu Crop assistance from Rs 8,000 per acre to Rs 10,000 per acre from the 2019 rainy season. This had benefitted 56 Lakh farmers. The Rythu Bhima Policy continued despite an increase in premium from Rs 2,271 to Rs 3,556. Over 32.73 lakh farmers benefitted at an expenditure of Rs 1,164 crore per year. Nearly 31,654 families got the benefit at Rs 5 lakh per family amounting to Rs 1,582 crore.

From Jan 1, 2018, 25 lakh agriculture pumpsets are being given free and quality 24X7 power supply. With 24-hour free power supply, cultivation is taking place in 1.25 crore acres in the State. The government had increased the farmer loan limit during the corona epidemic time from Rs 1.6 lakh to Rs 3 lakh. Kisan Credit Cards were given to 3 lakh farmers.

Other important achievements were making revolutionary changes in the Land Revenue Act to bring in greater transparency, curb corruption and make it user-friendly. Dharani website was launched for this purpose on Oct 29, 2020. Tahsildars were given the responsibility to register the agricultural lands. #KhabarLive #hydnews