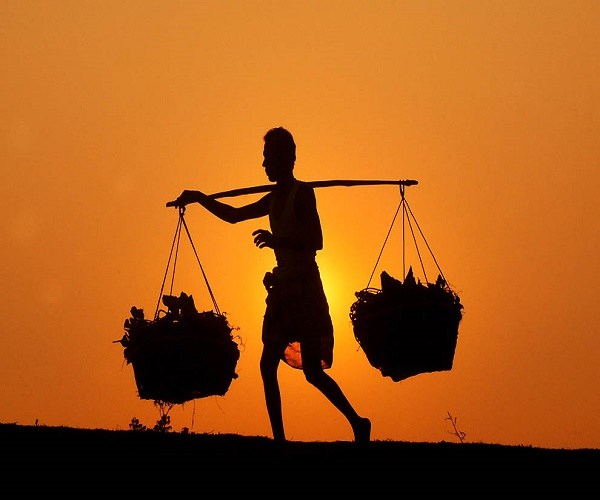 It’s routine for thousands of Adivasis living in Adilabad’s Utnoor ITDA jurisdiction to wake up before sunrise and spend almost half a day to find a source of water. Entire hamlets standing in line to access water from a muddy stream or a spring in the ground is a common sight in at least six mandals in Adilabad and Asifabad districts.

Thanks to the scorching heat in northern Telangana, several Adivasi hamlets are facing an acute water crisis in mandals like Utnoor, Indravelli, Narnoor, Gajuguda, Adilabad, Sirikonda, Tiryani, Sirpur and Ichoda. According to human rights activists, people facing the water crisis are falling sick as the only water available is not potable.

This summer, the temperature has already crossed 46 degrees in Adilabad, and groundwater levels are plummeting. Groundwater in Asifabad was at 8.55 metres below ground level (M.bgl) and 10.32 (M.bgl) as per the Telangana Ground Water Department. According to official data, depletion of groundwater in Adilabad is -0.69 metres compared to last year, while Asifabad is at -0.68 metres.

Borewells and handpumps have also dried up, forcing people to desperately look for alternative water sources.

Speaking to #KhabarLive, Adivasi activist and the Telangana vice-president of Human Rights Forum, Athram Bhujanga Rao, alleged that the need for drinking water facilities for the tribals in the region is always ignored by government officials.

“We have approached the officials a number of times and have asked for drinking water facilities for the hamlets. We have sought water supply through tankers to at least 40 villages and hamlets,” he said.

Recently, in Kolamguda of Narnoor mandal, three minor children from the same family died, and preliminary reports indicate that this could be due to consumption of food made with unclean water, which resulted in food poisoning.

“We told them that giving good drinking water is nothing but saving the Adivasis, but the government and officials are neglecting the problems,” he added.

State General Secretary of the Adivasi Mahila Sangam, A Suguna, who visited the families of the Kolamguda victims, told #KhabarLive that there were no alternative facilities and people were forced to depend on wells and muddy streams.

“Due to lack of safe drinking water, they take water from wells which are contaminated. The Mission Bhagiratha (rural water supply mission) project is not serving its purpose due to long delays. The programme didn’t bring any change,” she said.

On the other hand, officials said they are making efforts to address the issue. On May 11, District Collector Divya Rajan and other authorities visited Kolamguda and assured the people that the hamlet will be provided safe drinking water.

Speaking to #KhabarLive, Revenue Divisional Officer Vinod Kumar said that officials are making all efforts to address the water problem in the tribal belt.

When asked about the delay in the completion of the Mission Bhagiratha project, he said, “There were certain technical issues that led to the delay, but the District Collector and SP are pursuing following up on the case. It will soon be completed.”

Officials also stated that groundwater is not being stored as the terrain is hilly, due to which the level that groundwater can be stored is lower as compared to flat terrains. Officials added that whenever an issue comes up, the Rural Water Supply authorities and concerned mandal officers will try to address it at the earliest.#KhabarLive