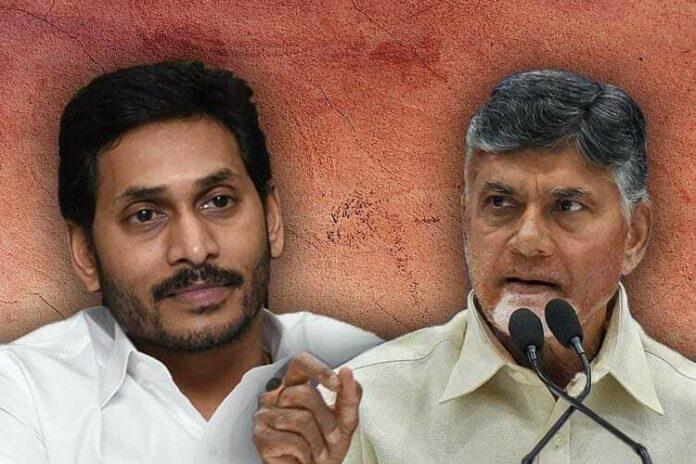 The loss of the state capital for the Kammas stems from the rise of political dominance by their rivals, the Reddys. Result: a paradise lost. This is how one can sum up the mood of the Kammas agitating on the shifting of the capital of Andhra Pradesh out of Amaravati.

The die is cast. The Jagan Mohan Reddy led YSRCP government has decided to hold the last session of the state Assembly on January 18 to get approval to shift the capital to Visakhapatnam in the backward Uttarandhra region.

The loss of capital for the Kammas stems from the rise of political dominance by their rivals, the Reddys. This is the third time in history that the Kammas, considered economically powerful, have lost out in the game of one-upmanship against the Reddys regarding the state capital.

The first time it happened when Kurnool in Rayalseema was chosen as the capital of Andhra state by the Reddys headed by Congress stalwart Neelam Sanjeeva Reddy. NG Ranga, the mascot of the Kammas, unwittingly walked into the Reddys’ trap with his anti-Communist rhetoric. The decks had been almost cleared for locating the capital in Vijayawada at the time of the formation of Andhra state, with the integration of coastal Andhra and Rayalaseema regions in 1953. Ranga feared that if the capital was located in Vijayawada, it would only help the Communists reinforce their citadel. His clique was left to settle for the high court in Guntur in the Rayalseema region.

The second time it came in 2014 during the UPA-II regime. The central government was positively considering creating a separate state with Telangana and Rayalaseema areas as an offshoot of the Telangana statehood movement. A strong pitch for “Rayala Telangana” was raised by some vocal leaders from Rayalaseema such as JC Diwakar Reddy and TG Venkatesh.

Jagan made a futile bid to oppose such a pitch, fearing his community from Kadapa and Kurnool, if merged with Telangana, might have to play second fiddle to the Telangana leadership. The silence reportedly maintained by TDP’s Chandrababu Naidu on the question of Rayala Telangana turned out to be a historical blunder in the furtherance of the Kammas’ political power. Had Naidu joined the Rayala Telangana pitch and used his manoeuvring skills with the UPA top brass at the time of state bifurcation, he could have successfully staved off this existential threat posed by Jagan now, commented a senior TDP leader.

The third time it came in the form of Naidu’s failure to build a pan-AP capital sentiment after losing Hyderabad as a combined capital to Telangana. The lack of inclusive growth during Naidu’s latest tenure and bearing the blame as a protector of his community interests helped Jagan take his party to power with a landslide victory in the state and Parliament elections in 2019.

When matinee mogul NT Rama Rao, Naidu’s mentor and father-in-law, floated the TDP in the early 1980s, large sections across the social spectrum were enthralled by his charisma and rallied behind him. OBCs, Muslims and even major sections from the SCs formed part of NTR’s social engineering at the time.

After Naidu took over the reins from NTR, there were many flip-flops in the party’s organisational chemistry. Naidu tried to create a solid vote bank by roping in the Madigas, a Scheduled Caste sub-sect, with the incentive of categorisation. After the categorisation failed to become a reality, Naidu began to woo the Malas from Jagan’s fold, antagonising the Madigas. He sought to build a strong support base with the numerically strong Kapus with a promise of BC status. The move infuriated other BCs who had remained the party’s backbone since NTR’s days.

The Kammas, who have a large presence in Krishna and Guntur districts, cheered when Naidu’s TDP government decided to locate the capital in Amaravati, right at their doorsteps, after the state bifurcation, ignoring the recommendation of the Sivaramakrishnan Committee. The committee favoured Donakonda in Prakasam district, the gateway to Rayalaseema.

The location of the capital in an area dotted with patches of farmland with low economic value in the floodplains of the Krishna river saw several rags-to-riches stories in Kamma households, giving credence to reports of Naidu’s alleged hidden agenda behind the capital move. The price of an acre of land shot up to Rs 1.5 crore and above from Rs 7-10 lakh in areas like Thulluru, and the Kammas, basically a land-owning community, benefited hugely from Naidu’s “largesse”. Wealth flowed into the households and no household, by and large, seemed left without sleek high-end cars. Some farmers bought swathes of low-priced lands in Uttarandhra and drylands in Prakasam district, with the money earned from their capital land.

However, some analysts say the capital benefited only a small number of land-owning Kamma farmers in the cluster of 29 capital villages. It is wrong to construe that the capital brought opulence to the community all over the region, said an analyst wishing to stay anonymous. The rise of the Kammas as an economic force happened a long time ago, much before the establishment of the capital. The community diversified from agriculture with the surplus income gained after the construction of irrigation dams on the Godavari and the Krishna rivers during the British period and the subsequent green revolution in the 1960s, he added.

As an agrarian community, Kammas went to Telangana and Karnataka to purchase lands at cheaper rates before the construction of the irrigation projects, thus earning the moniker of “settlers”. It is a long-time dream for the community to gain supremacy in politics right from the period of Tripuraneni Ramaswamy Chowdary, who was with the Justice Party, but the Reddys did not cede ground until NTR made forays into their political domain.

Speaking to #KhabarLive, K Nageswar, an analyst from Hyderabad, attributed the Kammas’ failure in building a strong coalition with other communities to their typical business-oriented and isolated living. “Camp villages” built by Kamma settlers from Andhra away from traditional Telangana villages in districts like Nizamabad is a case in point, he said. He attributed the lone battle now waged by the Kamma farmers in Amaravati, with little participation from other socially backward communities, to their social alienation. #KhabarLive