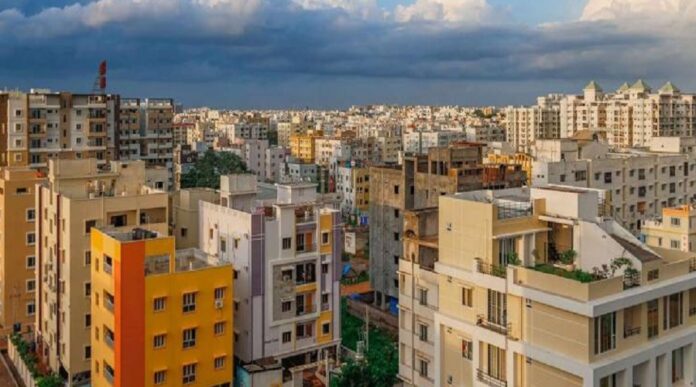 When the pandemic began around February, most house owners in Hyderabad did not expect that in the months to come their regular source of income would get jeopardized. Across Hyderabad, to-let boards have become a common sight.

With offices announcing work from home for its employees and many people losing their jobs, many have chosen to wind up their lives in the city and move back to their villages and towns hoping to avoid the high rent and expenses in the city.

G Bhikshapathy, a retired private sector employee, owns a 4-storeyed building and four houses in Hyderabad. While the building, located in SR Nagar, is leased out to a paying guest (PG) accommodation, the other four houses located in Moosapet, Miyapur, and Fatehnagar were rented out to families. While the building fetched him around 1.2 lakhs per month, the houses contributed a few thousand to his monthly income. Until March, everything went on smoothly, Bhikshapathy managed to comfortably pay his home loans on time with the rent income he made.

Since March, he has had a harrowing time dealing with his tenants. He said, “The tenant in the SR Nagar building paid me Rs 25,000 in the last three months instead of the monthly 1.2 lakhs as per the rental agreement. This month he has only paid me Rs 10,000. He says he has no business and is out of money. The other four houses that I have given on rent also the story is the same.

In three of the houses, low-income laborers are presently staying, and they have nothing to spare to pay the rent. The house in Miyapur was rented out to software professionals. He left the house without informing me. I had one month’s advance given as a deposit. When I reached out to him, he said he had lost his job and hence moved to his native place.”

A source in Magic Bricks, a popular portal dealing with properties says the impact in the rental sector in Hyderabad is felt across the city. The source said, “The maximum impact can be felt in the Western parts of Hyderabad. Areas like Hi-tech city, Madhapur, Gachibowli etc where a majority of the IT sector employees reside are worst-hit.”

Ravi Kumar Naidu, MD of Accurate Homes Property consultants used to get inquiry calls regarding his company’s services to rent out 1-2 flats daily. Today, he says he is flooded with calls but there are hardly any takers. He said, “Earlier flats in high budget buildings which were going for around Rs 1.3-1.4 lakhs per month, are available today for around Rs 80,000 including maintenance. In every budget group, the rents have fallen by more than 50%. I have never seen such a phase in my entire career.”

Hyderabad also reached out to various resident welfare association representatives to know whether they had observed the same in their associations. BT Srinivas, the General Secretary of United Federation of Residents Welfare Associations said, “I own 8 rooms in Malkajgiri, which I had rented out to low-income laborers. For the last four months, I have received no rent as they have been lying vacant after the tenants left to their hometowns.”

Major Shiva Kiran, Executive Vice President of United Federation of Residents Welfare Associations and a resident of Methodist Colony in Begumpet said, “Even in my locality there are several to-let boards that have been put up. There are several flats available for rent now as many people have gone back to their villages.”

Raghavendra Rao, Secretary of the Uttamnagar Colony Residents Welfare Association in Malkajgiri, felt the impact was on both commercial spaces and also residential. He said, “Two flats and one shop that I own have been vacant, I am finding it difficult to find new tenants.” KHS Sharma, Secretary of the Motinagar Resident Welfare Association in Borabanda said, “Out of around 1700 flats here, around 700 are vacant now since the pandemic began. Two flats of my own are vacant in this locality. It is this part of the city that has faced the major brunt of the situation.”

V Karuna Kumar, CEO of Space Link Infra Consultants feels the impact that the rental market has faced will be felt for the next several months. He said, “In the commercial segment, with work from home becoming the new norm, people with big offices are downgrading the sizes of their offices and those with small ones are choosing to give up their office spaces. A similar impact can be seen in the residential rentals segment as well. This situation will continue for another year, until March. #KhabarLive #hydnews