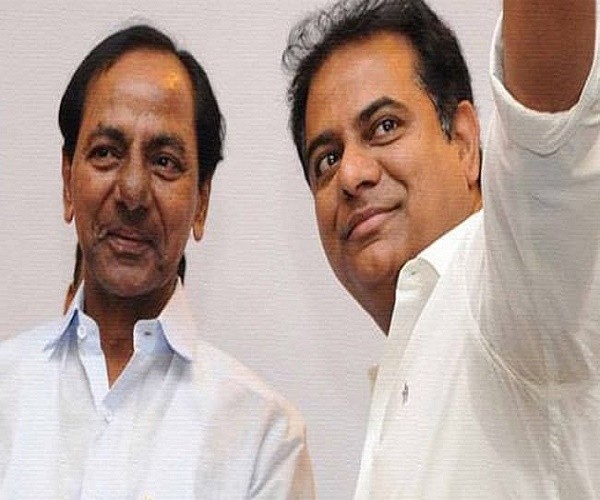 In the forthcoming assembly elections in Telangana, KCR is planning to announce his successor. As his political successor, he believes on his son KTR. As the name of KTR started making rounds in family and party circles, many senior party leaders and MLA’s started opposing it. And family differences cropped up in KCR family.

According to the sources KCR has already given some instructions to his closest party MLA’s to promote the KTR’s name as his political successor in the next assembly elections. And as per the CM’s instructions these MLA’s have already started promoting KTR’s name with the help of media sources.

But soon after these sudden political scenario emerged, many senior party leaders and the family members organised a secret meeting to discuss the modalities about the post-results situations and implications, if in the legislative meeting the name of KTR is proposed as CM, the MLA’s are advised to request KCR to
remain CM.

This rift has also developed in the KCR family, The way irrigation minister Harish Rao has been sidelined constantly by the CM, has also irritated the senior party leaders family members.

Also reported that Nizambad MP Kavitha has also presented the claim of his successor but was silenced by saying that this open rift in the family can give benefits to the opposition. In the recent grand Public meeting KCR already hinted that KTR will be his political successor.

But the senior and founding member of TRS party believes that Harish Rao can also be the
acceptable face because of his struggles and sacrifices for the Telangana movement.

In these ‘unsolved political scenario’ KCR has been spending most of his time at his farmhouse to forge a strategy to resolve this issue. Party leaders believes that if KTR is nominated as CM then there are chances that TRS party can get divided.

In order to keep this issue silent minister Harish Rao had given an interview to media saying that he is ready to work under the cabinet of KTR.

But whenever the issue of political successor of KCR will raised then the unity of TRS party will always be in danger and termed as on stake. Let’s wait and watch this political drama on grand political bazaar during the elections and further. #KhabarLive