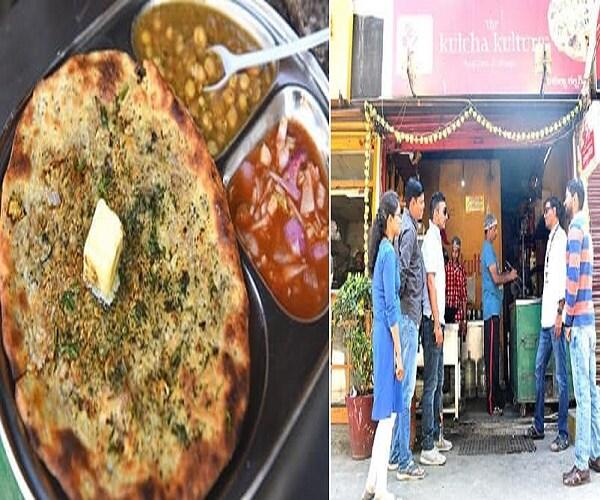 Bite into varied lip-smacking breads at these joints which will make you leave calorie counting for a short while at least. Take a stroll around the market of Charminar and amidst the hustle bustle of the cheerful streets you will explore many aromas seeping out of the corners of biryani eateries which will make you want to indulge in the taste of the Nizami city.

“Biryani is definitely the most famous dish, but there are other authentic dishes which make the food culture of the city rich,” says food critic Sabyasachi Raychaudhuri with enthusiasm. The city recently bagged the UNESCO title of ‘Creative city of Gastronomy’, but do you know that there is a lesser known story about the gastronomically famous city that dates back to 17th century.

And as history has it, the Nizams did rule for seven generations and were great connoisseurs of food. “It is believed that to express his gratitude to the saint, Asaf had the Kulcha embroidered onto the royal flag. However, historians try to justify that the round object in the flag was a moon,” said Sabyasachi.

When it comes to taste, Amritsari kulcha has no match. Bringing the spicy aroma of kulchas straight from the streets of Lawrence Road and Ranjit Avenue of Amritsar, ‘Kulcha Kulture’ brings back nostalgia for all Punjabis in the city. From the spices and tandoor to the chefs, everything is Punjabi at this food joint located in Alley Drive In, Madhapur.

“What biryani is for Hyderabadis, kulcha is for an Ambarsariya. When I was working as a software engineer, I used to get cravings for kulchas which couldn’t be fulfilled by the existing kulcha joints in the city. We opened our own restaurant to introduce people to the authentic taste of Amritsar.

Looking at the overwhelming response from customers, we plan to open more outlets in areas soon,” says Sajan Sharma, the owner of Kulcha Kulture who hails from the land of Golden Temple. Soft on the inside, crisp on the outside, the bread is prepared in tandoor with different stuffings like potato, cauliflower, paneer, etc.

When topped with butter and served with Punjabi choley and chutney, it makes one’s mouth water. Some other places known for Amritsari Kulcha are Norfest the Dhaba and Dildaar Dhaba. The kulcha and its rich spicy taste will make you drool over the Punjabi meal for sure. #KhabarLive