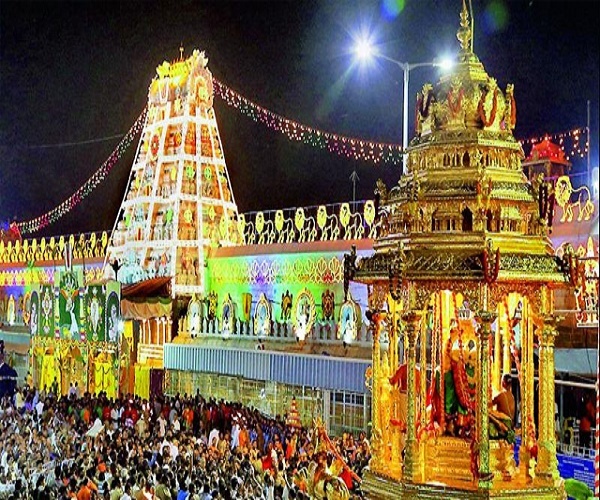 The priests had moved HC challenging TTD’s decision to retire hereditary priests on completion of 65 years. They argue that since their post is hereditary, there is no retirement for them. TTD is yet to act on the HC order. As hereditary priests and TTD board lock horns, Sandeep Raghavan looks at the system

The other form of worship is Pancharatra Agama, which is followed in Sri Padmavati temple at Tiruchanur Gopinathacharyulu’s descendants thereafter became popularly known as Archaka Mirasi families or hereditary priests and have been associated with Tirumala temple and Govindaraja Swamy temple for about 2,000 years (Miras in Arabic means hereditary). The hereditary families are Paidipally family, Gollapalli family, Peddinti family and Tirupatamma family. Dr AV Ramana Deekshitulu, former chief priest, hails from Gollapalli family.

Since when have Mirasi priests been in the temple service?
In the absence of recorded evidence, hereditary priests claim that their families have been performing rituals in Tirumala since time immemorial. According to a legend, about two millennia ago Lord Sri Venkateswara, presiding deity of Tirumala temple, appeared to Vaikhanasa priest Gopinathacharyulu in a dream. The priest was looking after rituals in Venugopala Swamy temple in Tirupati. The Lord guided the priest to Tirumala where he found the ‘Mula Virat’, the self-appeared idol of Sri Venkateswara.

A shepherd too had an apparition and he went to Tirumala hills where he found the idol. Descendants of shepherd ‘Sannidhi Golla’ family and priest have been claiming hereditary status since then.

What was the status of Mirasi priest families?
Hereditary priests had full patronage under various rulers including Muslim and British. The Tirumala temple was under royal patronage too. Pallava, Chola, Pandyan and Vijayanagar rulers (900 CE to 1670 CE), Muslim kings (1678 to 1801), East India Company (1819-1847), and Hathi Ramji Mutt (1847-1932) controlled the temple before TTD was set up in 1933 by the British government. The TTD Act was promulgated in 1932 by Madras Presidency. TTD, though autonomous, is controlled by AP government since November 1, 1956.

The state government restored certain procedures of the Mirasi system in 2007 but without the financial benefits.

Do hereditary priests enjoy any special financial benefits?
No. They get salaries and other emoluments as per TTD rules.

What is their pay pack like?
Hereditary Pradhana Archaka (chief priest) draws a monthly salary of Rs 82,000 while other head priests from hereditary families draw salaries of about Rs 52,000. Non-hereditary priests draw salaries based on their experience, ranging from Rs 30,000 to Rs 60,000.

Ramana Deekshitulu got Rs 30 lakh from the temple in recognition of his services.

Two other hereditary priests also got similar compensation, while the case of priest Srinivasa Murthy Deekshitulu is pending as he sought a higher amount.

Besides hereditary priests, are any other hereditary families attached to the temple?
There are mirasdars (hereditary) like Prasadam mirasdars and Jeeyangar mirasdars. The descendants of saint-poet Sri Tallapaka Annamacharya are also part of the temple hereditary system.

What are the controversies surrounding Dr Ramana Deekshitulu?
Besides the legal fight over superannuation of hereditary priests, Ramana Deekshitulu has been known for several controversies. He received flak twice in 2010 and 2012 when he allegedly broke the temple rules to accord special blessings to Mukesh Ambani and his son, Anant. In 2017, he took his grandson into the temple through the main door (Mahadwaram), which is restricted to only a few VVIPs. He accused the state government of sacrilege in conduct of holy rituals, neglect in security of precious and antique jewellery, and taking unilateral decisions.

What is the latest status on superannuation rule?
TTD has not yet decided on the HC order. Hereditary priests, who were forcibly retired, are waiting for TTD’s next move before proceeding legally. Ramana Deekshitulu’s petition is pending to be admitted in the Supreme Court. In another case, Deekshitulu was directed by the apex court to knock the doors of the state high court. The priests had planned for a showdown, but later decided against it because of the case pending in Supreme Court. #KhabarLive