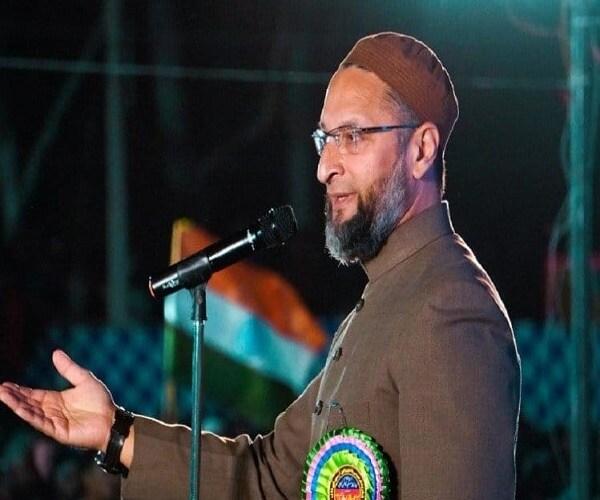 In Hindi or Urdu they would say “Kya Muslemaan hi secularism ka thika liya hai?” (Is it only Muslims who should carry the burden of secularism). Defining or paraphrasing the concept of secularism in one small article is virtually not possible. Secularism in India has a different meaning than those understood in the West.

Without indulging in any such debate one needs to directly come to the real question gripping the mind of such Muslim youths, who are often carried away by cheap rhetoric of the rabble-rousers of all the communities.

If a section of Hindus feel that Muslims are the real problems plaguing the country there is a section of Muslims who are of the view that all the Hindus are against the minorities of India. So the extremist elements of both the communities hold secular parties responsible for the present problem.

One needs to understand that democracy is different from monarchy or dictatorship. There are at least two types of political parties in a democratic country. One is inclusive and the other exclusive. It is very easy for exclusive party to function as it basically relies on the support of one caste or community. The leaders of such parties would use all sorts of oratory-skill to whip up passion in favour of one’s own caste or community. As they are sure that they are not going to get the votes of others they can use all sorts of abusive languages against their rivals.

In contrast the leadership of the party which is inclusive––or at least claim to be––is much more difficult. This is more challenging if the party has the pan-India appeal.

There is space for different castes, communities, and followers of various viewpoints and ideologies in the inclusive party. Without naming any party here one can say that different lobbies work at the same time in it and the leadership has to do a lot of tightrope walking. As this party can not remain immune from the developments taking place in the country––or even the world––it too may somewhat be affected by a sort of majoritarianism. Sometimes back the same inclusive party may have been influenced by the Left-leaning elements.

So if an inclusive party, by one way or the other, gets slightly tilted towards a follower of a particular religion (read Hindu)it would be very easy for parties like All India Majlis-e-Ittehad-ul-Muslimeen to accuse it of majority appeasement. At the same time the likes of the BJP would charge the inclusive party with minority appeasement and pseudo-secularism.

Both these exclusivist parties––for example AIMIM and BJP in this case––would like to poach into the support base of this inclusive party. This is simply because neither AIMIM nor the BJP can expect votes from each other. Thus in a way they both feed each other.

The good thing about India is that notwithstanding all sorts of talk about majoritarianism the BJP ended up getting just 37 per cent votes in the last election, a jump of six per cent from 2014. One can not say that all those who voted for the BJP are communal or its strong supporters. There are several other factors which helped ensure its victory.

One can compare this phenomenon with the 34-year rule of the Left Front in Bengal. In all the elections in Bengal between 1977 and 2011 the Left got much more percentage of votes than the BJP this time. This had happened even in 2011 in which it was voted out.

This does not mean that in these 34 years all the people of Bengal became Communists. The truth is that the hardcore Left supporters never crossed the figure of 15 percent. Exactly this is the case with the BJP. It is the media and the public opinion makers who over-rate their strength. That is what the Muslim youth studying in a premier Mass Communication institute of India feels that there is no one to champion the cause of secularism from Hindu community.

Thus in a way he ended up playing into the hands of the same elements who want to project a much larger picture of the BJP. This future journalist of the country failed to see that thousands of Hindus––if it is right to use this expression––are standing up and going to jail and facing sedition charge. They are IAS and IPS officers, academics, even some from the world of media. In Jharkhand, which is going to polls, as high as 10,000 tribals have been charged with sedition after they launched ‘Pathalgadhi’ movement against the land acquisition and other policies of the BJP government.

One has every reason to fight for the rights of minorities but at the same time one can not ignore the fact and keep the eyes closed that thousands of Adivasis and Dalits have been thrown into jail in the name of Naxalism, even if they are not linked with this movement.

The recent judicial inquiry report of Chhattisgarh made it clear as to how 17 innocent tribals were killed in that state in 2012––than ruled by the BJP.

The issue should be understood in a different way too. If 63 per cent people voted for the non-BJP parties––if one does not call them secular––it means that an overwhelming number of Indians are not the votaries of the ideology of the saffron party. As Muslims form only 15 per cent of the country’s population, it means that 48 per cent of Hindus voted against it.

Than why this question that Hindus give a damn to the concept of secularism. #KhabarLive