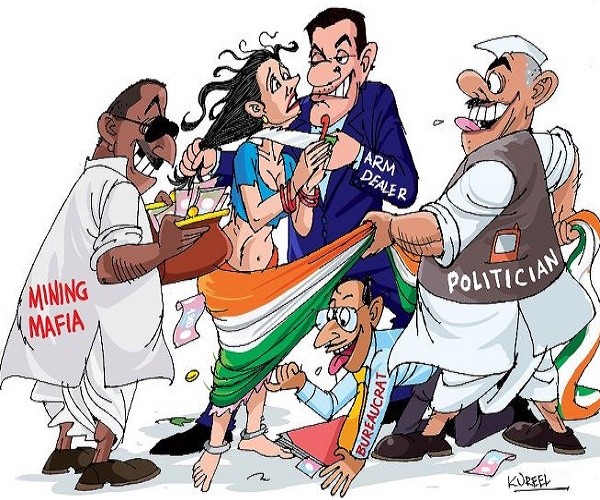 Our politicians have mastered the art of electioneering untied to performance or public welfare. A new contraption has found its place besides the near-ubiquitous invertor and water purifier in a large number of upper and middle class homes in India in the last few years: the air purifier. The majority population of course cannot afford these luxuries and continues to suffer with chronic power outages, undrinkable water, overcrowded hospitals, and in recent years, poisonous air.

There are many reasons for the Indian state’s inability and gross incompetence to provide public goods, but the principal among them is that this failure leads to zero political consequences. Consider the knee-jerk reactions and announcements in response to the annual and predictable air pollution crisis in Delhi and northern Indian states; which are carefully calibrated to control the public outrage before it runs its course and dies down on its own.

Our politicians have for long been aware that winning elections and gaining power is untied from the performance of a government. In the earlier decades majority of votes were cast solely on caste or communal lines; now the formula to win votes includes promises of freebies, and exercise of discretionary power. As a result, the politicians’ interest has not only got separated from that of people they serve; in many cases the former runs counter to the latter.

This explains why India languishes as a poor third world country 70 years after gaining Independence. Pick any global ranking or scorecard of consequence and India is invariably found at the bottom. On the World Human Development Index, we ranked at 131out of 188 countries; the 2017 World Hunger Index puts India at 100th rank out of 119 countries.

ALSO READ:  No 'Tussle' Between UPA Or NDA In Telangana, Making Way For A 'Defining State' In 2019

Despite having the world’s largest young population, we rank 81st on Global Talent Competitiveness Index. The quality of our education is so bad that 25% of youth in the 14-18 years age group cannot read basic text fluently in their own language. The situation in higher education is further exacerbated with systemic inadequacies; a large proportion of sanctioned teaching posts in central universities often lie vacant.

It is no wonder that studies frequently find as much as 75% of graduates in India are unemployable. Most of us are aware that unless a student went to a handful of elite engineering or business schools, there is little hope for a placement or a decent salary. Imagine telling millions of students undergoing graduate courses in various colleges and institutes that their degrees and diplomas will mostly be worthless.

In 2009, India participated in Global Education International Triennial Survey (popularly known as Programme for International Student Assessment or PISA), and was ranked 72nd out of 74 participating countries. Ever since, we have declined to participate in this survey, presumably out of the need to prevent continuing embarrassment.

In healthcare, literally a matter of life and death for people, the situation is equally dire. The 2015 Global Healthcare Access and Quality Index ranked India a lowly 154th out of 195 countries, calling the country one of the biggest underachievers in Asia. Government hospitals are understaffed and underfinanced; and most private medical care is concentrated in urban India.

Judged by these and several other metrics on hand, India is sliding down a path of irredeemable despair. Remarkably no political party or its leader have acknowledged the challenges publicly, let alone put forth a coherent vision or action plan to stem this rot. Far from taking India forward on the path to progress; our politicians cutting across states and party lines are keeping it shackled and stagnant, and in several cases, pushing it backward still.

Senior Congress politician Jairam Ramesh once wrote that the biggest problem for India is that there is no end to its problems. Evidence suggests our politicians even lack the will to try solving some of the most pressing problems. The politicians have successfully hacked the code of India’s democracy – they know what it takes to win votes and power. When low-hanging fruits like freebies and election-time largesse in the form of announcement of new schools and hospitals are enough to win elections, why would they bother with systemic and long-term changes?

There is another sinister reason for politicians preserving the status quo. Inadequacy of public goods allows them to exercise discretionary power over access; politicians decide who gets admission to a reputed school or college, or a hospital bed. Outside of the big cities, they decide how soon one will get an electricity connection or a hand pump, even whose FIR gets written and what direction the police investigation will take.

Voters know and remember which politician can help them with access to public services they need most and reward them with power. Abundance of this discretionary power allows politicians across administrative levels to subvert the rule of law and impose a rule of will; undermining the very foundations of a republic. This rule of will is a self-enforcing cycle that chips away all political incentives to provide for public goods and civic amenities – including something as basic to life as clean air.

One way to break out of this predicament, as some of our finest professionals have shown us, is to migrate to another country where governments and politicians are more considerate towards their citizens. But for the vast majority of us, the only real hope is in finding a way to realign the interests of our politicians with public interest. Until that happens, we are doomed to continue with a country in perpetual decline. #KhabarLive