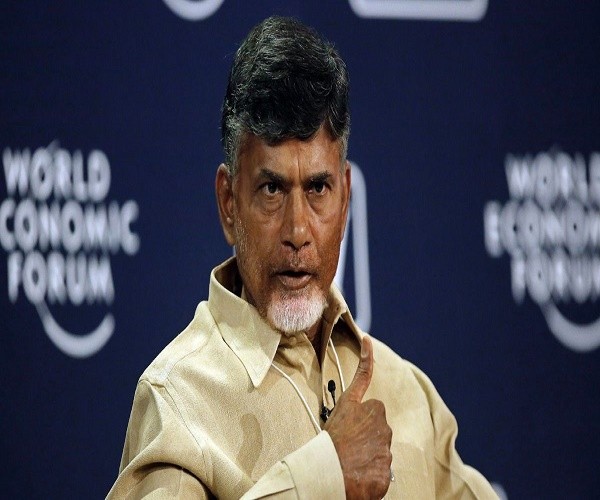 The move will help improve predictive medicine in the country, the N Chandrababu Naidu-led government said. Amidst a raging global debate over the massive data breaches involving both private firms and government agencies, an Indian state has sought to add another potent ingredient to this explosive mix: DNA data.

The government of Andhra Pradesh, India’s eighth-largest state, on March 28 announced that it had signed up a private firm to build a blockchain-based DNA database of its 50 million citizens.

The partnership with Shivom, a German genomics and precision medicine company,. The move is in line with AP’s endeavour to adopt new-age technology on a large scale for governance – the state has also sought to digitise its land registry system and fight identity theft.

As part of its project, Shivom will establish a development centre in Fintech Valley, Visakhapatnam, and work closely with the government’s International Institute of Digital Technologies at Tirupati on cybersecurity and analytics.

Testing for citizens will be optional, a state government official said.

Genome sequencing is the process of determining the complete DNA sequence of an organism. This helps scientists study different gene variations and their links to diseases.

“Whilst diversity is all around us in the physical world, it is still lacking in the existing genomic data available to researchers,” Axel Schumacher, co-founder and CEO of Shivom, told Quartz. “This results in exclusion.” Minority and under-represented groups miss out on the benefits of advances in medicine because the variation that exists in their ethnic or geographical location is not represented in the data, he said.

“The more DNA sequences are available, the better we can understand genetic diseases that may only affect certain groups of people and improve the preventative medicines available,” Schumacher said.

By 2025, up to two billion genomes are expected to be sequenced in the world.

ALSO READ:  The Great 'Telugu States' Poll Agenda Is Being Set By KCR, And Chandrababu Naidu In Telangana And Andhra Pradesh With A Difference!

Although inexpensive DNA self-testing kits are readily available for under Rs 5,200 from companies like 23andMe and Ancestry.com, privacy policies around storing genetic information have been blurry at best. Shivom’s blockchain platform could change the game.

Users will be able to submit samples (usually a saliva swab) to be processed at a Shivom facility. Each person’s data will be stored securely in an encrypted form in an online secret vault of sorts that is accessible to them alone.

Although, researchers and governments will be allowed to buy or access anonymous raw genomic data stored in the cloud.

That may, however, sound problematic in India at this juncture.

Insecurities around sharing data have intensified in recent times.

The country is still coming to terms with the Cambridge Analytica fiasco, wherein the British firm harvested the data of over 50 million Facebook users without their consent. Meanwhile, several red flags have been raised over India’s own massive biometric programme, Aadhaar.

Amidst all this, a government seeking and storing genetic information of citizens can set alarm bells ringing.

However, the AP government believes citizens have nothing to fret about.

“It’s understandable that many would be reluctant to relinquish control of their data. So it’s crucial they understand that blockchain storage is highly secure, and the content stored is only accessible to (citizens),” said JA Chowdary, IT advisor to chief minister Naidu. “Every large database breached thus far has been centralised. Blockchain ledgers, on the other hand, are completely distributed. The effort required to hack a decentralised database is titanic and in most cases not even worth the time.” #KhabarLive