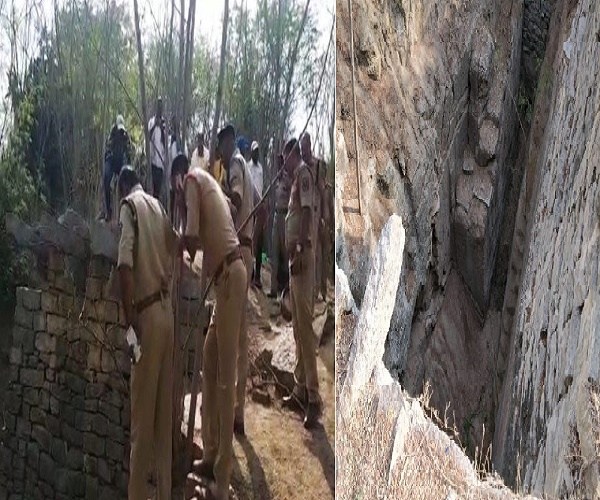 A deep, dry, abandoned well in Telangana’s Hajipur village was found to be the graveyard of a young life, for the second time in three days. The Telangana police were searching a 50-feet deep dry well in the village of Hajipur, where a 14-year-old girl’s body was found abandoned.

The police were searching for clues – but what they found shocked them. In another part of the well was the body of another girl – identified as an 18-year-old who had gone missing in March. The police believe that this girl, too, may have been sexually assaulted before she was killed.

After recovering her body, the police also found her bag with an identity card in it. Based on it, they have identified her as a college student, native of Hajipur. The exhumed body has been sent for autopsy to Yadadri Bhuvanagiri government hospital.

“The body was found in another corner of the well while the team headed by Yadadri Bhuvanagiri rural inspector Surendra were conducting re-examination relating to the 14-year-old’s murder. The body was recovered in the presence of a team of doctors, RDO and Tahsildar. Along with the body we found a bag,” said Yadadri Bhuvanagiri DCP, Narayan Reddy.

According to her parents, she went missing in March. She went to college and did not return. However, assuming that she eloped, her father did not file a missing complaint with the police. Police suspect that the same culprits who killed the 14-year-old girl might be behind this crime as well. However, they said that more details would be revealed upon further investigation.

Meanwhile, the village witnessed heavy tension with local residents simmering with anger against the culprits. Hundreds of people from nearby villages gathered at the well, too, demanding justice for the girls who had been murdered.

“The accused must be taught a strict lesson and given capital punishment so that no one dares to commit such a crime again,” one resident said.

“We are scared to step out now. Many of us are farmers who sell crops at the Kushaiguda market. The police has failed to provide us security. How can we send our daughters to Hyderabad or Keesara to get an education if the government cannot guarantee that they will return safely?” a woman asked.

Slogans of ‘We want justice’ were also raised amidst heavy deployment of the police. Residents suspect that another girl who went missing in 2015 may also have been killed by the same offenders.

Recently, a class X student, belonging to Hajipur was found dumped in the abandoned well. Forensic reports verified that the girl had been raped before she was murdered and her body was dumped. After facing the ire of locals, police sped up the investigation and seven persons have been detained for questioning. #KhabarLive