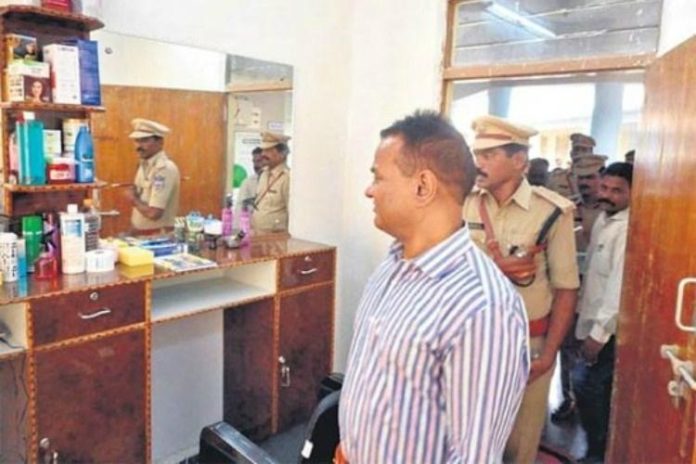 The Sangareddy prison in Telangana, in a one of a kind initiative, has opened a salon for and by its jail inmates inside the prison premises. The services at the salon not only includes haircuts and shaves but will also offers facials, face packs and other services, all of which are chargeable. The service is exclusively for and by undertrial inmates, some of whom will be trained by prison authorities.

Speaking to #KhabarLive, Director General of Prisons, VK Singh, said that the initiative is aimed at bringing a sense of dignity to the lives of prison inmates, who are awaiting trial.

“The aim is to transform prisoners into better individuals, and personal grooming is definitely a step to instill confidence in the inmates. Our job is not just to imprison them but also let them re-enter the society as productive human beings.

The prisoners already are provided with haircuts and shaves free of charge. But at the salon, we are maintaining a minimal fee and also it would become a means to earn some money for the inmates who have volunteered to work at the salons,” the officer said.

While there are a few inmates who are familiar with salon services, especially haircuts, the prison authorities themselves are training a few inmates to run the salon.

In addition to the salon, the prison authorities have also opened a supermarket for its inmates, where the inmates can shop for basic amenities with the money they earn from the jail work. Here too, inmates would be appointed to man the billing counter.

The Sangareddy jail has often been in the news for its innovative reforms. The jail has already been running nurseries, manufacturing furniture and weaving handloom. The jail authorities, three years ago, had founded a jail tourism programme called ‘Spend a day in the jail’, where anyone could register their names and stay inside the jail barrack as a prisoner for a day for Rs 500. #KhabarLive